Wilder brought a kindness and gentleness to the main character while infusing Wonka with a whimsical, childlike innocence. 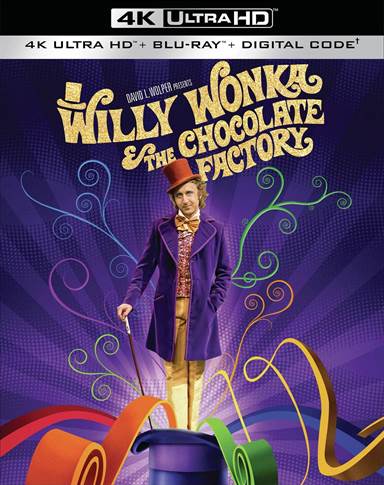 It is rather amazing that British author Roald Dahl (James and the Giant Peach) wrote children's novels for a living because his works were usually dark and often rather morbid.  Adults were generally the villains in his stories and the undertones in his writing lent themselves to a lack of sentimentality.  In 1964 Dahl wrote a children's novel about a young boy who wins the opportunity to enter the magical world of a candy factory.  Charlie and the Chocolate Factory was one of his most popular works and has been made into a feature film twice, with a rumored third one on the way. The first version starring Gene Wilder (Young Frankenstein) was released in 1971 so to celebrate its fiftieth anniversary, Warner Bros. is releasing the movie on 4K UHD for the first time.

Charlie Bucket (Peter Ostrum in his only feature film) is a poor paperboy who lives with his parents and grandparents.  In the town, there is a chocolate factory that makes delicious confections but no one is ever seen going in or out of the place.  Then one day a worldwide announcement is made that five golden tickets will be hidden inside a candy bar wrapper.  Those who find the ticket will be invited on a private tour of the factory led by Mr. Wonka himself.  When four of the five tickets are found Charlie loses hope but, after finding some money on the ground, he goes to the store, buys one of the candy bars, and finds the last ticket.

This epic tale invited audiences into a world of sights, sounds, and tastes and sparked the imaginations of millions.  This wondrous tale included an edible garden with a chocolate river, tiny, little orange workers, and several songs including, "Pure Imagination".  Of course, it also included some life lessons showcased through a group of selfish children and their overindulgent parents.

Wilder brought kindness and gentleness to the main character while infusing Wonka with a whimsical, childlike innocence.  Ostrum did a good job in his one and only movie role and the rest of the cast round out the ensemble well.  Jack Alberston (The Poseidon Adventure), who portrays Charlie's Grandpa Joe, is wonderful and the consummate actor.

The upgraded 2160p resolution offers a noticeably better picture quality from the 2009 Blu-ray release.  The 4K transfer, supposedly from the original 35mm master, has sharper images with enhanced details and vibrant colors throughout.

The DTS-HD Master Audio 5.1 is decent but doesn't offer a significant change from the 2009 release, which had Dolby TrueHD 5.1 audio.  The dialogue still sits in the front channels while the soundtrack and effects make use of the surround speakers.  The mid-range tones are clear and sharp, but the low end is pretty much nonexistent.

The fiftieth anniversary 4K combo pack includes the 4K disc, the Blu-ray disc, and digital download.  Sadly, the extras were previously released on other Blu-ray editions.  This includes: Commentary with the Wonka Kids, Pure Imagination: The Story of Willy Wonka & The Chocolate Factory, The Moviemakers, Scrumptious Sing-Along: Pure Imagination, I Want It Now, I've Got A Golden Ticket, Oompa-Loompa-Doompa-De-Do, and the theatrical trailer.

Roald Dahl was a descriptive writer who helped children create images and scenery in their minds, so it is only reasonable that many of his books end up as feature films.  Willy Wonka and the Chocolate Factory is a perfect example of this, and the 1971 version beautifully brings Wonka and his factory to life.  The upgraded video makes this combo pack worthwhile.

I loved this movie as a child, and it is still enjoyable to watch.

Download Willy Wonka & the Chocolate Factory in Digital HD/4K from the iTunes store.

Listen to the Willy Wonka & the Chocolate Factory soundtrack on Apple Music. 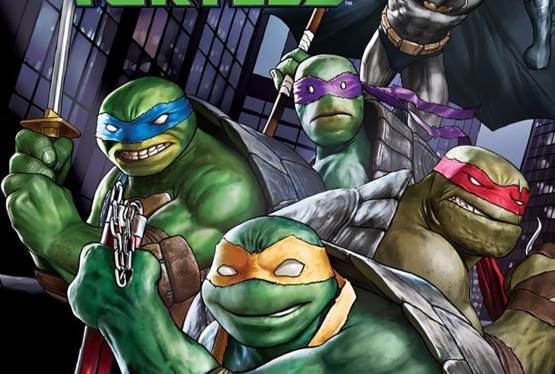