While there have been other versions of this story told, this one is unique in that it chronicles LBJ’s growing frustrations at his inability to be effective as Vice President. 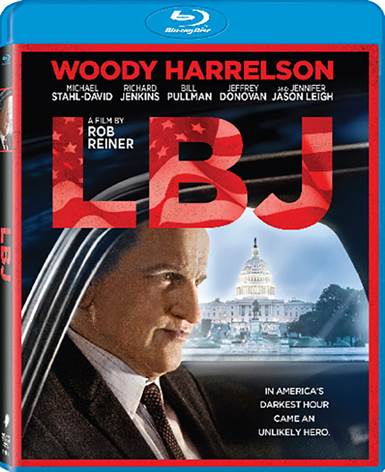 Purchase   DVD/Blu-ray/4K UHD
Everyone knows the events of that fateful day in November 1963.  As President Kennedy's motorcade made its way down the street in Texas, shots rang out and numerous lives were changed forever.  Closely behind the President's car was Lyndon B. Johnson, Vice President of the United States.  Within hours, he would take the oath of office and assume the role as the leader of the free world.  Along with the power came an awesome responsibility and a heavy burden.  While numerous books and movies have chronicled the events of that day and the days shortly there afterward, director Rob Reiner's (A Few Good Men) LBJ takes on a different view of the Vice President and his ascent to the highest public office in our country.

Lyndon B. Johnson (Woody Harrelson; War for the Planet of the Apes) was the Majority leader of the Senate when he decided to seek the Democratic nomination for President of the United States.  He was crass and ornery and inappropriate at times and extremely powerful.  He was a bulldog in a china shop.    Conversely, John F. Kennedy (Jeffrey Donovan; Burn Notice) was charismatic, charming and very good looking so it was no surprise when he was the one who won the party's nomination instead.  What was surprising was that he asked Johnson to be his running mate and that Johnson accepted.

Over the course of the next two years, as Vice President of the United States, Johnson was pushed aside and relegated to an insignificant underling.  He was put in a position to become the most hated man on both sides of Congress, almost assuring he would never become the next President.  However, all that changed with Kennedy's assassination and he suddenly found himself on top of the podium.  Surprisingly, he carried on Kennedy's legacy and got the Civil Rights Act of 1964 passed.

While there have been other versions of this story told, this one is unique in that it chronicles LBJ's growing frustrations at his inability to be effective as Vice President.  It also gives a different view of the assassination and the days afterward as he navigates his new found responsibilities.  Through Joey Hartstone's  (The Good Fight) telling, I seriously began to question whether or not LBJ had anything to do with Kennedy's murder as LBJ increasingly felt diminished by the administration.

Harrelson was decent as the brusque and unpolished politician but underneath all the makeup and prosthetics you could still tell it was him.  Jennifer Jason Leigh (The Hateful Eight) however, was excellent as his wife Lady Bird Johnson.  She embodied an air of quiet strength and managed to demand attention in every scene she was in.  The supporting cast including Donovan, Richard Jenkins (The Shape of Water), Bill Pullman (Independence Day), and Michael Stahl-David (Cloverfield) tended to be pretty good as well.  Even with this talent, the script seemed to drag along, never really building tension or create that plateau of excitement before the ultimate climax to the plot.

The Blu-ray is presented in 1080p high definition video quality with clean lines and sharp pictures.  The colors are vibrant in some scenes while intentionally muted in others.  The DTS-HD Master Audio 5.1 is crisp and clear with the dialogue coming through the center channel and the soundtrack and special effects (gunshots) relegated to the surrounding speakers.  Interestingly, the Blu-ray doesn't come with any extras or a Digital HD copy of the film, It is simply just the film contained on a single disc.

While LBJ gives a different perspective of Johnson, the Kennedy Brothers and their relationship it isn't always a flattering one.  This breath of fresh air though gets lost in the lackluster storytelling of an all too familiar historical event.  Simply said, The movie needed something more but never quite got it.  However, for history and/or Kennedy/Johnson buffs it offers something a little different to chew on.

Download LBJ in Digital HD/4K from the iTunes store.

For more information about LBJ visit the FlickDirect Movie Database. This release has been provided to FlickDirect for review purposes. For more reviews by Allison Rose please click here. 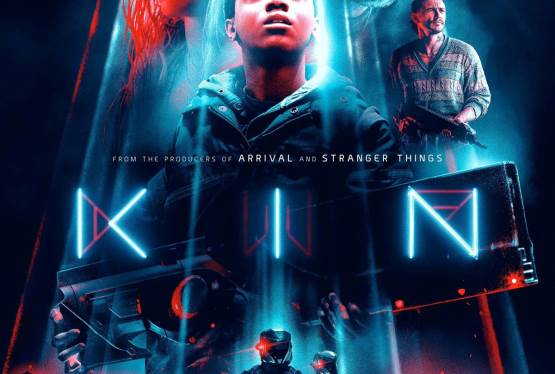 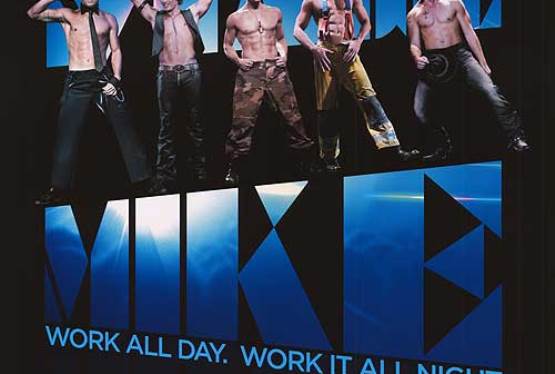