While focusing on the drama of the Middle East that has been a focal point of this Country for years now, Homeland still has a basic premise at heart - good old human drama which always makes for thrilling television. 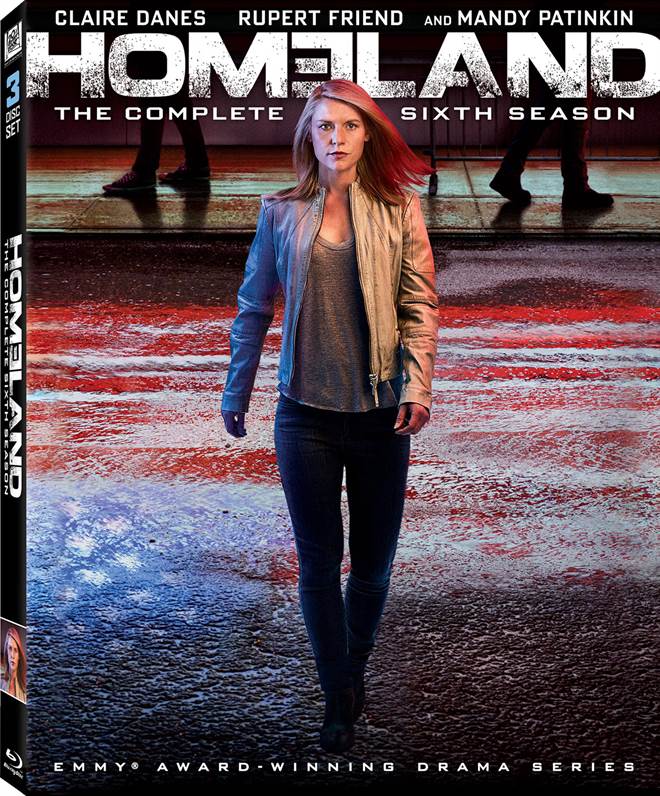 Purchase   DVD/Blu-ray/4K UHD
From the beginning, Homeland has pulled viewers in with its intense storytelling and the ability to surprise viewers at any turn. From the romance and drama between Carrie Mathison and Nicholas Brody (and to his eventual demise) to the life-changing directions Danes' character has taken both personally and professionally, viewers have been treated to a full-bodied array of emotions.  We have watched the drama play out surrounded by an international backdrop of the highly volatile Muslim World.

In season six of Homeland, we see Carrie Mathison (Claire Danes; Stardust) back in the US living in Brooklyn with her daughter. She has a new career working to help Muslims in the United States who have experienced mistreatment by law enforcement. While Carrie has technically escaped the profession of being a CIA Agent, she still finds herself in the center of all its drama. Her actual career is that of a social worker, helping Muslims adjust to life in America amidst much anti-Muslim sentiment. Through her job, she comes across Sekou Bah (J. Mallory McCree; Quantico) who was arrested based on suspicion of being a terrorist. Making things worse, he posted videos of himself at terrorist sites.

We also see how Carrie deals with the trauma of having her daughter removed from her care and the behind-the-scenes manipulations in these matters.

In other news… Saul Berenson (Mandy Patinkin; Wonder) and Dar Adal (F. Murray Abraham; The Grand Budapest Hotel) still work for the CIA. They find themselves at odds this season, which makes for great TV drama tension.

If all that wasn't enough, this season brings us the election of a female president, Elizabeth Keane (Elizabeth Marvel; Gifted).  Chaos ensues after the election, and the season ends with many characters' lives in the balance.  While this is something we have seen before, it is nonetheless gripping and exciting television that brings with it intensity and drama.

Homeland Season six is encoded in with an AVC 1080p transfer in that is presented in a 1.78:1 aspect revolution. The color palette is a bit cool and normally warm colors are displayed as a bit muted. This is a deliberate choice by the producers that helps to convert the more chaotic feeling of this seasons as opposed to seasons past. The DTS-HD Master Audio 5.1 mix complimenting the video is on par with past seasons and does a wonderful job separating the dialog and the special effects.  The mix is well done and effective in drawing the audience into the unfolding drama.

Homeland has never been heavy on its special features and unfortunately, Season 6 also continues this trend. Showtime has chosen to only employ three special features entitled: On Location: New York City, A slick marketing piece entitled About Season 6, and then finally a Q&A with the cast and creators during PaleyFest NY 2016.   While informative, I always wish there was more than they choose to give.

While focusing on the drama of the Middle East that has been a focal point of this Country for years now, Homeland still has a basic premise at heart - good old human drama which always makes for thrilling television.  After six seasons they till manage to make it fresh with new plot lines to continually entice audiences.  Great writing, good production values, and a terrific cast make this show a must watch so grab your DVDs today and catch up since season seven has already started!

For more information about Homeland visit the FlickDirect Movie Database. This release has been provided to FlickDirect for review purposes. For more reviews by Maureen Buccellato please click here.