Tom Clancy’s: Jack Ryan is an amazing reboot of the long-running franchise and is a pleasure to watch 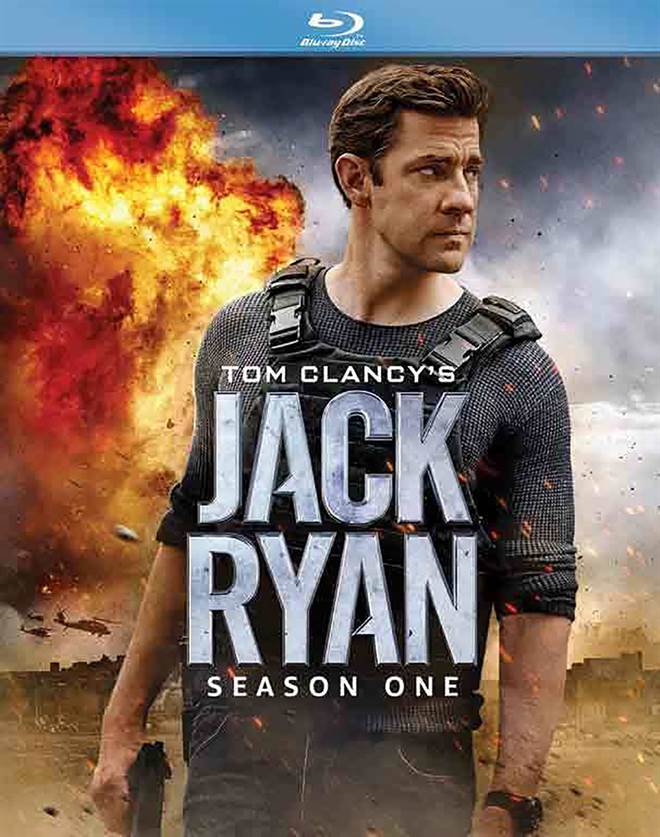 When author Tom Clancy introduced Jack Ryan to the world it was only a matter of time before the character would be portrayed in other forms of media. In 1990 the character was first brought to the big screen in Hunt For Red October and since its inception, The Jack Ryan franchise has had a number of different leads including Alec Baldwin (Boss Baby), Harrison Ford (Raiders of the Lost Ark), and Chris Pine (The Star Trek Franchise). Now, it's John Krasinski's (A Quiet Place) turn to take over the titular role in Amazon's new series, Tom Clancy's: Jack Ryan, that debut on August 31st, 2018 and is now available on Blu-ray courtesy of Paramount Home Entertainment.

The series is based off the series of novels by Tom Clancy and follows the story of Ryan, a CIA analyst who finds himself thrown into the field and away from his desk after the discovery of various financial transactions made by an Islamic terrorist group called the Suleiman. In the first season, we see Ryan, along with his boss and mentor Jim Greer (Wendell Pierce; Suits), following leads around the world and killing terrorists as he goes. In between all these trips, however, Ryan tries to maintain some normalcy in his life with girlfriend Dr. Catherine Mueller (Abbie Cornish; Limitless), an infectious disease doctor.

When you think about lead action heroes, John Krasinski is not normally one you might think of as his stardom was reached from his long stay as Jim Halpert on The Office. However, to dismiss Krasinski would be a bad choice because he brings along exactly what the character needs, someone who can think as being "a person of action". Before Krasinski's take on the character, no one aside from Ford was able to portray both of these sides well, and it is a comforting thought to think he plays a young Harrison Ford. The other main characters that are brought along from the original films are also played very well compared to their older characters in the Harrison Ford films. These include Wendell Pierce who will become James Earl Jones and Abbie Cornish who will become Anne Archer. The rest of the supporting cast including in Ali Suliman (The Kingdom), and Mena Massoud (Aladdin) all hold their own in this wonderfully scripted and very realistic story.

While Tom Clancy's: Jack Ryan season one was shot digitally and presented in native 4K with HDR on Amazon Prime, it was downgraded for the release of the Blu-ray to 1080p, but still has it's the original aspect ratio of 1.78:1. While the pictures is sharp, and colors are spot on, it is missing some of the detail and HDR that is seen in the streaming release of the series. The desert does not look as vivid as it did in HDR, and details such as cracks in a building, or texture on clothes are a bit blurred compared to the 4K version. On the other hand, the Dolby Atmos mix from the streaming version of the show has been ported over to the Blu-ray and sounds amazing. The dynamic range envelopes the viewer allowing them to hear everything. One highlight is the amazing job they did with the audio for the firefights. Every sound, including the shell casings dropping to the ground, can be heard with great clarity.

When it comes to special features this release, unfortunately, falls short. The two-disc set only contains four extremely short deleted scenes, that really do not add anything extra to the story. It would have been great if they could have added at least one or two featurettes about the making of season one, as the story was so interesting one can't help but want more information on how they pulled off such an amazing reboot.

Tom Clancy's: Jack Ryan is an amazing reboot of the long-running franchise and is a pleasure to watch. One can only hope for people who like to physically own the discs that a 4K HDR version with some special features will be released at some point. However, until that time this release will do quite nicely.

For more information about Tom Clancy's Jack Ryan visit the FlickDirect Movie Database. This release has been provided to FlickDirect for review purposes. For more reviews by Nathan M Rose please click here.

Nathan M Rose
With the new setting, it also brings along an entirely new cast. They all do a superb job on their roles strengthening the show even more in Season Two.
Full Review | Grade: A