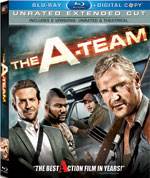 Purchase   DVD/Blu-ray/4K UHD
When my wife asked which movie I had received for review, I didn't tell her the name -- I just hummed the tune, and she paused and said, "The A-Team!   I think that is an impressive indication of the original's pervasive influence; my wife grew up in Haitian Catholic boarding schools.  As Hollywood adapts our childhood memories to the big screen, we get some hit and miss movies with a nostalgia kick that at least gets us to the theater.
In the case of the A-Team, casting was all-important.  Mr. T, an 80's icon, was kind of/sort of playing himself as B.A. Baracus (the airborne ranger who was afraid of planes) and was going, to some degree, to be irreplaceable.  We had Starbuck (Dirk Benedict), from Battlestar Galactica, who was also iconic, and then we had George Peppard, who was, hey, a real actor!  The story-lines were formula and silly with their zero-death count and improbably elaborate plans.  The show, however, was kinetic and hit the necessary tough-guy archetypes.  It had a van that was definitely cool in the 80's, and the A-Team didn't have to compete with or include real violence or sex:   there was no room for girls on the A-Team!
In the 21st century, however, we are going to expect bullets to kill people, and Mr. T. is too old to be B.A. -- although allegedly he was very interested in reprising the role.  The team this time has Liam Neeson as the veteran Hannibal, and has UFC Mixed-Martial-Arts combat champion, Quentin Jackson ("Rampage") to do Mr. T. According to the director's commentary, he knocked out a stunt-man for real due to his lack of familiarity with stage combat.  He, also, apparently had to learn to act on the set; and it is a good thing he has natural comic timing!.
The plot hits all the necessary points with impossible escapes, outrageous plans, and a crime they are accused of which they, of course, did not commit.  While you are not going to satisfy everyone, there was a point early on, when I realized they were introducing the team from the beginning; and as they nailed one characterization after another, I thought: "This is actually good."
From that point on, I never looked back; I was sold.  The A-Team is an action movie to be sure, and it doesn't rise above; but it handles its 80's TV pedigree with care and skill and knows how to integrate one action scene after another while making us care about the characters.  Rampage shines with natural charisma, and Murdock (Sharlto Copley) isn't as crazy as people think he is.  Even the attention to military discipline is kept more or less together as the real military people around the A-Team note that they "specialize in the absurd".  They know they are a bizarre mix of individuals, but recognize they are super effective.  I wouldn't call it believable, but it works.
In your home theater, the Blu-ray edition is a show-off cut of the film; you get a gorgeous 1080p/AVC-encoded transfer and booming HD DTS 5.1 surround sound.  You also get sound out of almost all your speakers constantly, and it is super sharp and crystal clear.  The movie is a joy to look at and listen to.
The extras are reasonably standard, and the blu ray comes with the digital copy disk so you can take it with you on your laptop or iPod or other portable device.  This is a nice stop-gap until technology catches up, and we can just load a reduced-size version off the Blu-Ray disc.  There is actually some good director's commentary with interactive, "plan" pop-ups to give you more information.
Ultimately, the A-Team isn't going to be more than either a walk down memory lane or an introduction to a slick, new action franchise.  I do hope they make more of these, but it is done so well that I can't give it anything other than...well, what would you give the A-Team?

Purchase a DVD/Blu-ray/4K UHD physical copy of The A-Team today at Amazon.com

Download The A-Team in Digital HD/4K from the iTunes store.

For more information about The A-Team visit the FlickDirect Movie Database. This release has been provided to FlickDirect for review purposes.

Read More Reviews For The A-Team 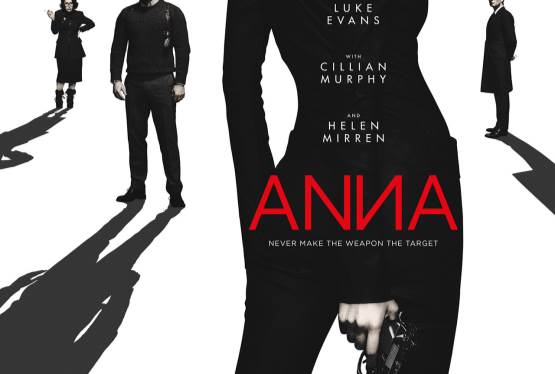 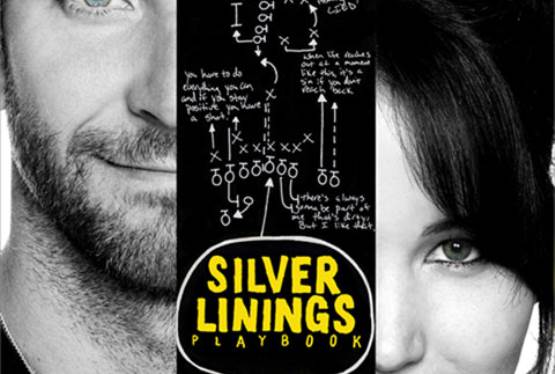