Home / Reviews / One Night In Bangkok

Dacascos does a terrific job portraying Kai; a peaceful, gentle man who calculates and plans his vigilante justice against those whom he feels have wronged him and his family. 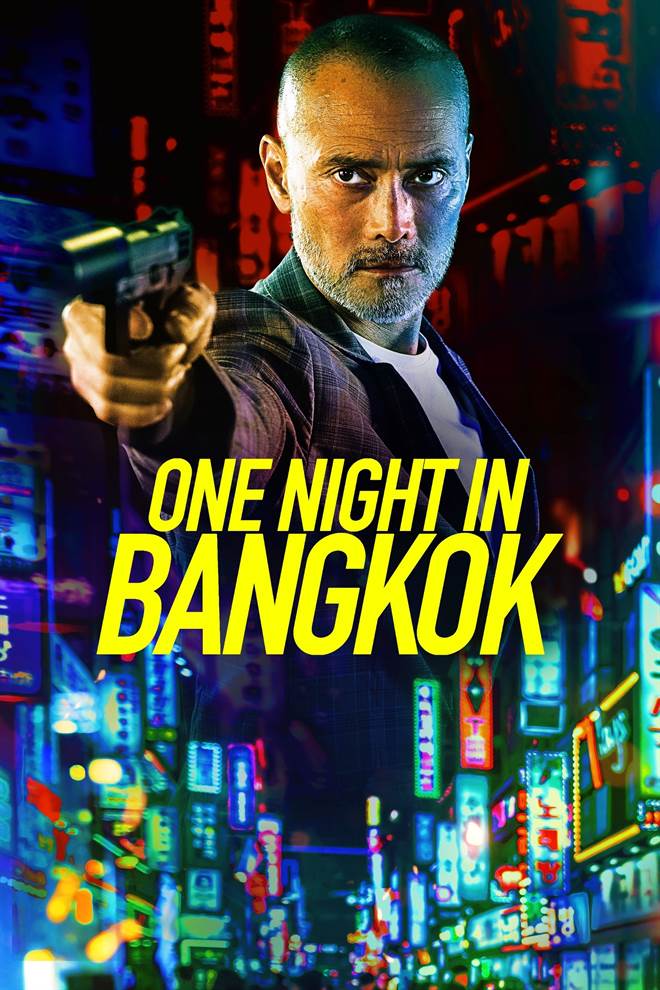 How far would you go for revenge?  What would make you hunt down individuals and shoot them? When faced with the actual deed would you be able to pull the trigger? Would you judge another human being if they carried out an act of vengeance?  What if your family was killed by a drunk driver and that driver didn't serve any jail time because his wealthy father got a good lawyer?  One Night in Bangkok, a new film by Wych Kaosayananda (Ballistics: Ecks vs. Sever), explores this scenario and makes the viewer ponder all the questions, asked above. It is available on DVD, Digital, and On-Demand from Lionsgate on August 25, 2020.

Kai (Mark Dacascos; John Wick: Chapter 3 - Parabellum) would probably describe himself as a peaceful person.  However, when he flies into Bangkok one day, his thoughts are anything but peaceful.  Once there, he gets a gun and silencer, hires a driver and pays her well to chauffeur him around all night, and goes on a deliberate and purposeful killing spree.  He starts with a lawyer, moves on to a young man and his parents, and then to a known criminal who is protected by armed guards.

As the driver, Fha (Newcomer Vanida Golten), spends more time driving and talking to Kai, they both find each other to be kind individuals who have been deeply scarred.  Eventually, Fha realizes the events in question are actually the same and that Kai deliberately requested Fha as his driver for the night.  Fearing for her life Fha drives away but eventually returns to help Kai, a gesture that convinces him not to make her one of his victims.  As darkness makes its way into dawn, Kai asks Fha for one final request...to take him to watch the sunrise, where he once again finds peace.

Dacascos does a terrific job portraying Kai; a peaceful, gentle man who calculates and plans his vigilante justice against those whom he feels have wronged him and his family.  Interestingly, although Dacascos is known for his Martial Arts Expertise, Kai's weapon of choice is a gun so there aren't any "kung fu" style fight scenes.  Golten is rather green but her quiet demeanor masks an inner strength that serves her well while portraying this character.  The rest of the cast is mediocre but are honestly, mostly, bit players brought in to fill in the plot between Dacascos' and Golten's time driving around the city.

While the story is interesting and has somewhat of a unique slant to it, the film itself isn't all that great.  While Dascacos is pretty great, the other actors aren't and Kaosayananda never builds up the kind of tension needed to do this movie justice.  As an action film, there isn't a ton of action, and again, none in the vain of Dacascos' area of expertise. If there was more anticipation this would have been a very different movie and probably would have been more enjoyable.  The pacing is slow as if it was walking through a swamp full of sludge, so the movie drags as opposed to keeping the viewer on the edge of their seat.

I like Dacascos in general and feel this could have been a good vehicle to showcase him as a leading actor, but the production falls flat and he can't save this sinking ship.  If you are a fan of "The Chairman" from Iron Chef, it's worth watching once but if you are looking for some solid entertainment this isn't the film to place high expectations on.  Dacascos is also less funny in this role (appropriately so) than we have seen in the past and that is an aspect I like about him...his ability to portray a villain but one we want to hang out with for a while.

For more information about One Night In Bangkok visit the FlickDirect Movie Database. This release has been provided to FlickDirect for review purposes. For more reviews by Allison Rose please click here.

One Night In Bangkok images are © Lionsgate. All Rights Reserved.