Davis is simply wonderful in her portrayal of the talented and hard as nails Rainey. 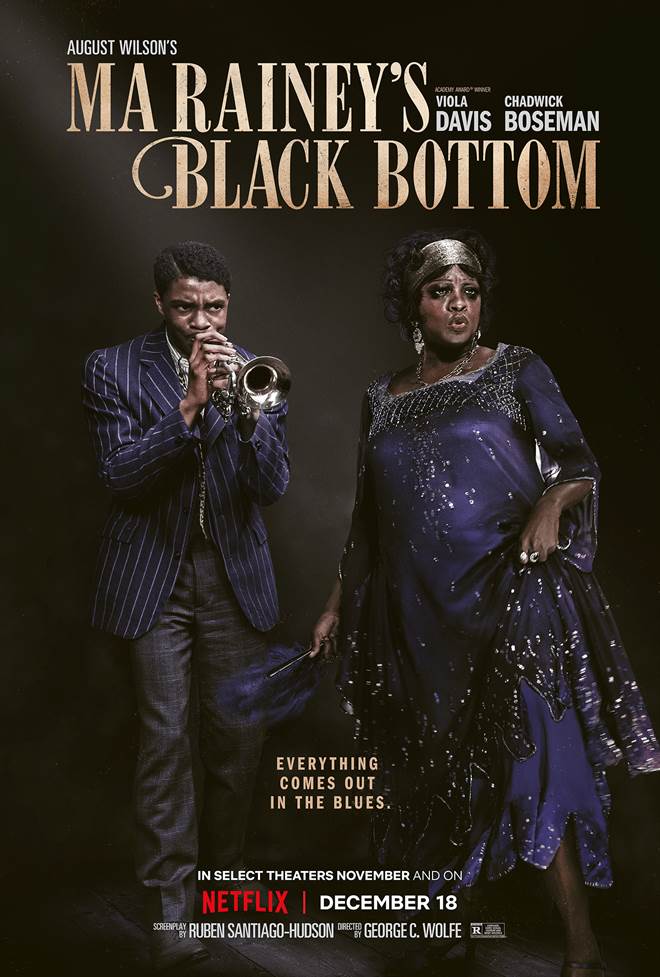 Gertrude Pridgett was born in April 1886 in Georgia...or, if you believe the 1900 census, she was born in 1882 in Alabama.  Regardless, despite her humble and uneventful beginnings, Gertrude would go on to become known as Ma Rainey (Viola Davis; Suicide Squad) a.k.a. the "Mother of the Blues".  She recorded music with the best in the business, including Louis B. Armstrong and Thomas Dorsey.

In 1935, she retired from music and ran three theaters in her hometown of Columbus, Georgia. Less than four years later she died of a heart attack.  In the early 1980s, August Wilson (Fences) wrote several plays, including Ma Rainey's Black Bottom about a particular day in Rainey's professional life.  This month, Netflix will stream the film version of the play.

In 1920's Chicago, Ma Rainey (Davis) leaves her hotel with her nephew, Sylvester (Dusan Brown; 42), and her girlfriend, Dussie Mae (Taylour Paige; White Boy Rick), and heads to the recording studio.  Arriving "fashionably late", she finds her band rehearsing and her manager, Irvin (Jeremy Shamos; The Big Sick), and the recording manager, Sturdyvant (Jonny Coyne; Gangster Squad) anxious to begin. Not one to be pushed around, Ma makes several demands including Ice cold coke bottles and Sylvester reciting the opening of her song (made difficult by his stutter).

During rehearsal, the band members, Cutler (Colman Domingo; Fear the Walking Dead), Toledo (Glynn Turman; Super 8), Slow Drag (Michael Potts; True Detective), and Levee (Chadwick Boseman; Black Panther) spend time bickering and sharing tales about their respective upbringings. Levee, the youngest member of the band, seems to have a chip on his shoulder and clashes with the other members.  He dreams of starting his own band and getting a recording contract of his own when Sturdyvant shuts him down, Levee takes his anger out on Toledo.

One would be remiss not to mention Boseman's appearance in the movie as he looks noticeably thinner.  Sadly, as we are all well aware, he passed away within weeks of wrapping principle photography on this film.  As his last performance, it is one of power and vulnerability, strength and weakness, self-assured cockiness mixed with little boy fear.  The audience can witness his transformations from one aspect of Levee's personality to another. He was an incredible talent who left a huge hole in the acting world.

Davis is simply wonderful in her portrayal of the talented and hard-as-nails Rainey.  At a time in this country when Blacks were pushed around and women were oppressed, she had the gall to stand up to the white males who circled her world and do so without apology.  Davis plays Rainey as tough and intelligent as she pushes the boundaries while realizing she will never be equal to the men in society's eyes.  The rest of the cast have their moments and do a terrific job supporting Davis, Boseman, and each other.

It is readily apparent that this film is adapted from a play as there are not only minimal sets but also long monologues utilized to stir passion from the audience while showcasing the acting talents of the cast.    Of course, the music is directly from Ma Rainey's library, but the songs are expertly played by professional musicians.  The costumes are beautifully designed and help set the mood of 1920s Chicago.

At a time when black Americans were treated like second-class citizens, Ma Rainey stood up to everyone with no hint of apology or acquiescence in which the timeframe she lived in.  Music, acting, and attitude all form pieces of the puzzle in this film in order to bring it to a magnificent conclusion.

For more information about Ma Rainey's Black Bottom visit the FlickDirect Movie Database. This release has been provided to FlickDirect for review purposes. For more reviews by Allison Rose please click here. 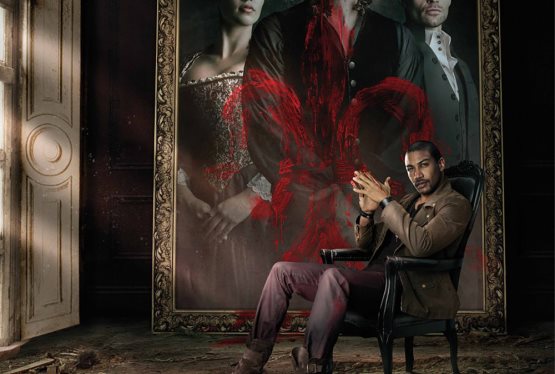