We're The Millers Is A high octane comedy that’s ridiculous and I mean that in a good way. 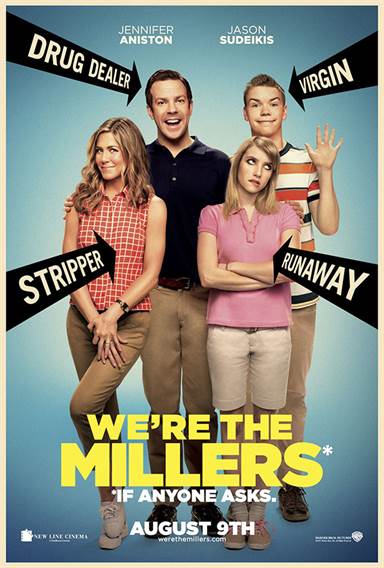 Purchase   DVD/Blu-ray/4K UHD
Cramming in a lot of sight gags, silly situations and comic set-ups We're The Millers tries for comedy of the year.  Although it does have its good points and they are many, the road film may be a little too formulaic riding on the coattails of the resent Identity Thief, Hangover 3 and if you add the classic Vacation.  Not that I didn't enjoy We're The Millers as it has some fine comedic acting. But a word of warning, the script gets overly ludicrous becoming a stand-up comedy fest featuring Jason Sudeikis.

The plot involves David Burke (Jason Sudeikis) a small time drug dealer who has a thriving business supplying friends and regulars with pot.  On one particular day however he finds himself involved in saving two teens Kenny (Will Poulter) and Casey (Emma Roberts) from a gang of hoodlums that end up taking his drug supply and money.

Out $35,000 cash to pay off his supplier Brad (Ed Helms), the drug maven offers him a deal of debt forgiveness and some extra cash to run some weed from Mexico.  At first thinking it's impossible he comes up with the scheme of setting up a false family made up of the two teens he saved and a local stripper (Jennifer Aniston) as his wife to smuggle dope across the border in a huge motor home.

When the scheme takes a turn for the worse, the family starts to flee in their Winnebago from drug lord Pablo Chacon (Tomer Sisley) a mean Mexican who wants his pot and retribution.  Director Rawson Marshall Thurber (Dodgeball) keeps his film moving along at a fast clip forming the family, setting up the double cross and putting his main characters in escape mode.  In the process he creates a lot of anticipated laughter with situations that you can see coming from a long way out.  He keeps the road trip formula cranking along with side stories that include running into ‘overly friendly' travelers, narrow escapes from their antagonist, teen love interests and an unexpected hospital visit.

The plan works well and gets hilarious at times and although the premise here is fairly fresh, memories of the recent antics in films like Identity Thief's escape from a skip tracer, Hangover 3's stealing from a drug boss in Mexico putting the boys in peril and even Vacation where every stop finds the Griswalds in another hilarious situation. The We're The Millers changeup however, uses a plethora of sexual innuendos to fuel their laughter with copious expletives, swinger moves, a sex offer by a gay cop and a lot more.

The comedic acting by lead actor Jason Sudeikis keeps the film high tempo amusing using witty tongue-in-cheek out of left field comments that surprise and sometime embarrass to get a rise from his audience.  I'm a fan of his humor and he's extremely good with his character David as the head Miller.  Using Jennifer Aniston as his ‘straight man', Sudeikis keeps the comedy moving along with pretentious one-liners being bounced off her character.  When Aniston's Rose has an opportunity to retaliate however, somehow it just doesn't come out right adding even more laughter to the puns.

We're The Millers is nearly critic proof with the movie trailers showing a lot of  the hilarious scenes that will put fans in the seats of the many multiplexes playing the film.  With the movie being rated R for crude sexual content, pervasive language, drug material and brief graphic nudity in today's market it's often a recipe for success. Be cautious when deciding to allow anyone under the age of 17 to watch the film as it does have some scenes that are very inappropriate.

FINAL ANALYSIS: A high octane comedy that's ridiculous and I mean that in a good way. (C+)

Purchase a DVD/Blu-ray/4K UHD physical copy of We're the Millers today at Amazon.com

Download We're the Millers in Digital HD/4K from the iTunes store.

For more information about We're the Millers visit the FlickDirect Movie Database. 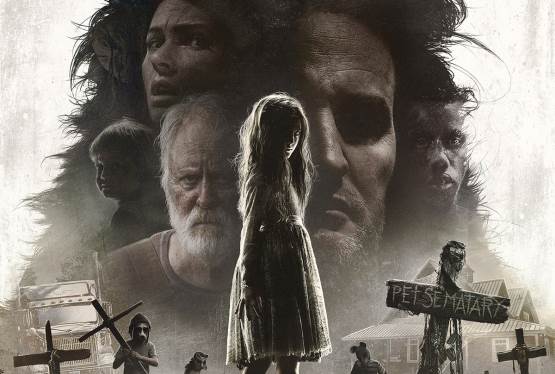