Disney's Frozen A charming film that conjures up memories of Disney’s delightful past animated features. 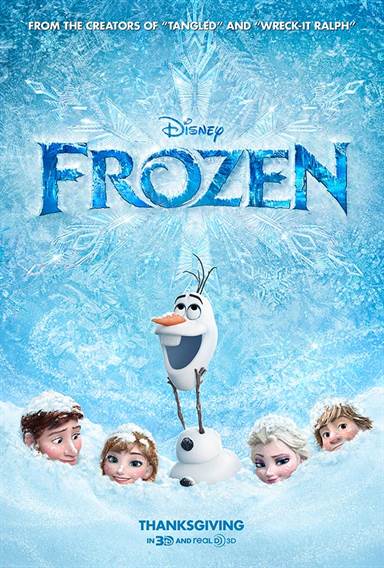 Purchase  DVD/Blu-ray/4K UHD
Disney goes back to its roots with a show tune filled animated adventure for the whole family.  Filled with song, action and comedy the film Frozen hits the ground sliding into a holiday almost devoid of family fare. Featuring new characters that are bound to attract both young girls and boys, Frozen should be able to go toe-to-toe with The Hunger Games for the Thanksgiving holiday box-office champ.

The story involves young Anna and Elsa the daughters of the King and Queen of Arendelle.  Fun loving and gleeful as children, the only difference between them other than age is Elsa's gift of being able to protect her with a power to turn things into ice.  Unfortunately for the two girls, Elsa nearly freezes her sister to death and she retreats into solitude away from Anna to protect her.

Years pass and Elsa turns old enough to be anointed the queen of the beautiful and lively Arendelle.  Being presented to the people Anna gets to see her sister all grown up. She's mesmerized by her beauty but still wonders why she has hidden away from her.  At the celebration Elsa's emotions run high and during a frightful moment she turns Arendelle into a snow and ice covered kingdom.  Not wanting to hurt anyone anymore she retreats to an ice castle in the mountains.  When Anna sets out to find her, the adventure begins.

Directors Chris Buck (Tarzan) and Jennifer Lee (screenwriter for Wreck-It Ralph) keep the Hans Christian Anderson inspired film (The Snow Queen) moving along.  Here we find Anna teaming up with woodsman Kristoff and meeting a very funny snowman called Olaf.  The two along with Kristoff's puppy like reindeer Sven, keep the laughter and adventure alive as they trudge up the mountain looking for Anna's sister Elsa.

The voice talent has a number of familiar actors in the major roles. Kristen Bell lends her voice to Anna while Indina Menzel (Enchanted) gives Elsa her strong personality.  The two main characters reconnect at an older age and very good together creating a close bond until it's shattered by a quirk of fate. The two actresses have the perfect voice acting skills to carry out the determination and empathy that make the film work. Creating the personality of the comical Olaf is Josh Gad (voice of Louis in Ice Age: Continental Drift) who puts on a very good show bungling his way up the mountain and losing his head and nose along the way.  His snowman reminded me somewhat of Sid in Ice Age who always finds himself in a mess.

The movie features a balance of laughter with drama much like most of the Disney films.  And with Frozen there are songs that express the feelings of the characters.  Much like the hit romance driven Tangled the melodies are show tune based with a lot of movement and flare. It's what Disney does best from Lion King to Mulan to Beauty and the Beast intertwining orchestra backed songs that are memorable and contagious. The husband-and-wife songwriting team of Robert Lopez and Kristen Anderson-Lopez wrote the music and lyrics to the eight main songs in the movie including "Frozen Heart", "For the First Time in Forever" sung by Kristen Bell and Indina Menzel and "Let it Go" sung by  Indina Menzel and later Demi Lovato during the credits.

The cinematography with the snow covered landscape and 3D effects blows you away.  There's equal depth of field and auditorium filled snow and pop outs throughout the film that make it very entertaining.  The colors are vibrant, the icescapes glisten and the characters are nicely three dimensional.  With a 3D blast from a blizzard you can almost feel the auditorium getting filled with its cold wind and snow.

The fun film Frozen has been rated PG by the MPAA for some action and mild rude humor.  The kids will love the characters and adults should get the fun puns that go over their children's heads.  If you like the music from Beauty and the Beast or Tangled, there's more of the same in Frozen.

FINAL ANALYSIS:  A charming film that conjures up memories of Disney's delightful past animated features. (A)

Download Frozen in Digital HD/4K from the iTunes store.

For more information about Frozen visit the FlickDirect Movie Database. 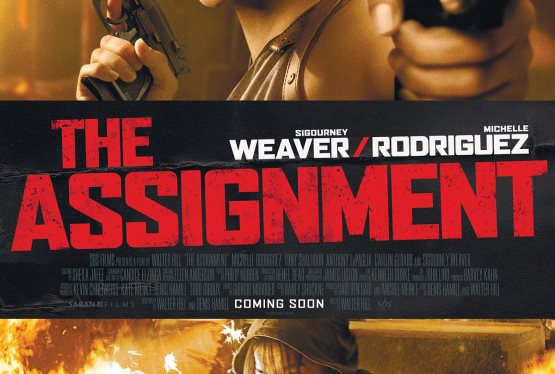