If you know in advance what you are getting yourself into and you don’t expect too much, The Lost City is a fun way to spend a few hours. 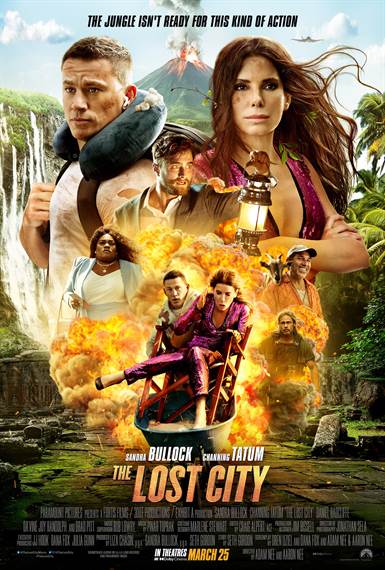 As long as hopeless romantics exist in the world, movie studios will keep making romantic comedies and there will always be actors willing to portray the lovesick and heartbroken souls of the genre.  There are certain thespians who often get typecast into these melodramatic, forlorn roles and while some do a great job at it, others are less than convincing.  For a while, Tom Hanks (Forest Gump) and Meg Ryan (When Harry Met Sally) were the rom-com, dynamic duo, "it" team.  They had great chemistry which, let's face it, every good rom-com needs, and people could get behind these two sweet yet damaged people.

Of course, not many people could forget the romance between the rich guy and the prostitute in Pretty Woman or Baby (Jennifer Grey; Ferris Bueller's Day Off) and Johnny (Patrick Swayze; Roadhouse) dirty dancing in the Poconos.  Julia Roberts (Notting Hill), along with Jennifer Lopez (Marry Me) and Matthew McConaughey (Dallas Buyers Club), and a slew of other young, beautiful people have been restoring our faith in love and romance for decades.  Thanks to Paramount Pictures we now get to witness the courtship of Loretta (Sandra Bullock; The Blind Side) and Alan (Channing Tatum; Magic Mike) in The Lost City.

Loretta is a widowed author who writes romance novels that follow the adventures of an archeology team digging up buried treasure.  However, since her husband died five years ago, she barely leaves the house and has a serious case of writers' block.  Once she finally finishes her book, she makes a rare appearance as her cover model, Alan, charms the heterosexual ladies and the homosexual men in the room.  After the panel, though, Loretta is kidnapped and taken to a lost island so she can help decipher the clues to the lost jewels. Determined to get her back and win her affections, Alan flies to the island to rescue her and, of course, nothing goes the way he planned it in his mind.

If this story reminds you a little bit of 1984s Romancing the Stone, then you are waaaaaaay off...it should remind you A LOT of the older film, only not as well done. Running through the jungle, looking for a lost jewel in a cave, dancing in the village with the locals, blah, blah, blah...It is copycat filmmaking at its finest with a few improvements but more misses than hits. Let's start with the cast, shall we?

Academy Award winner Sandra Bullock...this movie is right up her alley when she was 25 years younger.  Miss Congeniality, Speed, Demolition Man, The Proposal...not brilliant movies or stellar performances but Bullock was always great in them.  However, at this point in her career, she has proven she can do so much more than rom-coms so this was not a stretch for her.  Tatum reverts pretty much to his character in Magic Mike. Pretty face, a great body, tries to add depth to his character but ultimately you would rather watch him move than speak. Adding to the disjointed awkwardness is the fact that Bullock is 16 years older than Tatum, making their romance cringeworthy (at least for me). The villain here is portrayed by Daniel "Harry Potter" Radcliffe and while he does a good job, I can't help but wonder why he chose this role.  Honestly, it wouldn't surprise me if the actors were dialing in their performance for a paycheck.

As I mentioned already, The Lost City does have a few good things going for it.  The wide shots of the island are beautiful and made me want to go there and just lay in a hammock for about 2 weeks.  There are also a few laugh-out-loud moments that stay with you after the credits roll.  They are comedy gold and here is where Bullock shines.  This is the reason we fell in love with her and she reminds us she still has "it".  Finally, a long cameo by Brad Pitt (Ad Astra) adds some fun and hilarity.

If you know in advance what you are getting yourself into and you don't expect too much, The Lost City is a fun way to spend a few hours.  However, I'd rather save my money, stay home and watch Romancing the Stone, again.

Purchase a DVD/Blu-ray/4K UHD physical copy of The Lost City today at Amazon.com

Download The Lost City in Digital HD/4K from the iTunes store.

For more information about The Lost City visit the FlickDirect Movie Database.

The Lost City images are © Paramount Pictures. All Rights Reserved. 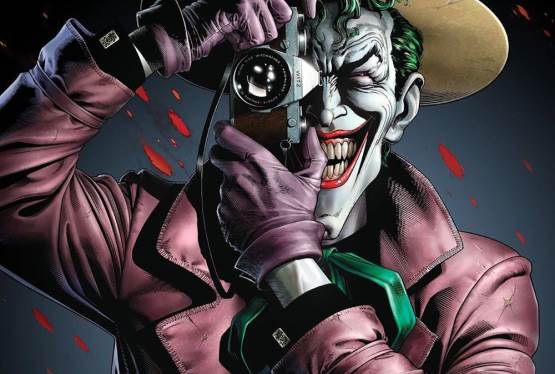