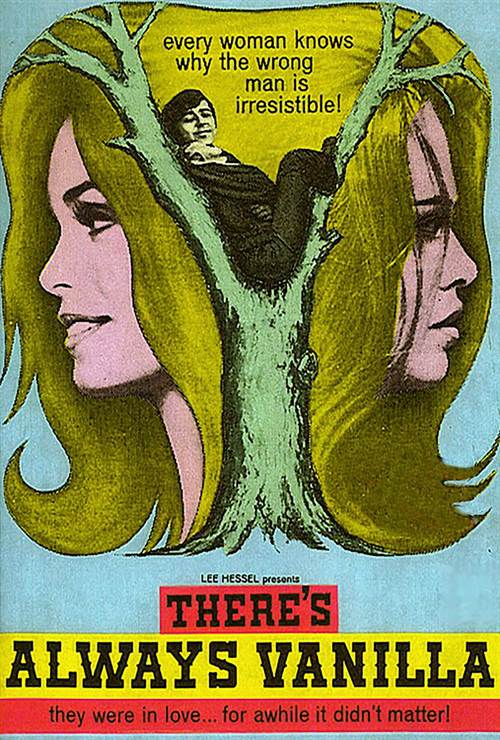 George Romero's name may be synonymous with the living dead sub-genre, but his filmography is far richer and more varied than his reputation as "the zombie guy" would suggest. Following the breakout success of his debut feature Night of the Living Dead, the director would embark upon a series of projects which demonstrate a master filmmaker with more than mere gut-munching on his mind. In There's Always Vanilla, young drifter Chris and beautiful model Lynn embark upon a tumultuous relationship which seems doomed from the outset. 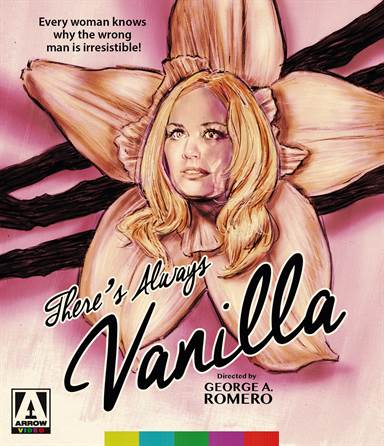 Hot on the heels of the game-changing, and now legendary, Night of the Living Dead, George and his production company, The Latent Image, set out to prove to Hollywood and the cinema world, at large, that they were capable of more, and so they released There's Always Vanilla AKA The Affair.

Unlike almost all other Romero films, Vanilla is not a horror film, nor does it deal with any supernatural themes. For the young director, this was a bold move, venturing into romantic comedy territory. Unfortunately, due to serious budgetary constraints, and sporadic shooting schedule, Vanilla fell flat, and quickly fell into obscurity.

When young drifter Chris (Raymond Laine) meets beautiful model Lynn (Judy Ridley) by a chance occurrence, the pair hit it off and a romantic relationship ensues. But with their wildly contrasting outlooks on life, it soon becomes clear that the coupling is doomed from the outset.

The film has been referred by George Romero himself as "A total mess." But I think this was a case of the artist being overly critical of his own work. Vanilla was shot for $70K and while it does suffer from slow pacing and it can feel a tad derivative at times, it is not a complete loss. Laine and Ridley have great chemistry in this film and their characters are likable. I found myself hopeful for their budding relationship but knew all too well that is was doomed from the start. Like much of Romero's works, his ability to take a microcosm of life and project social commentary from it is his true genius.

The film opens with a piece of artwork, a working machine, representing America. From cogs and wheels spinning wildly in the sunlight, the machine's purpose seems just for self-existence. Over the scene, we hear people's commentary about the workings of the machine and society as they walk past, on towards their busy, yet banal, lives.

Like all of Arrow Home Video releases this 2K treatment looks excellent and is presented in 1080p with an aspect ratio of 1.37:1. The film was originally shot on 16mm but here the colors look remarkably vibrant and there's little to no artifacts. The movie looks clean and I am happy to say I am truly surprised at how good it looks.

The audio here is the original Mono recording and the dialog is clear and upfront. The Rock Music was performed by Barefoot in Athens and Electronic music by Steve Gorn with additional music by Mike Marricino and orchestrated by Jim Drake. While the soundtrack is a sign of the times, it is a tad unexceptional.

The extras on this disc are really interesting including audio commentary by journalist Travis Crawford and Affair of The Heart: The Making of There's Always Vanilla, which is excellent and has a ton of interviews from Judy Ridley, the Streiner's and John Russo.

My favorite of the disc, however, is the interview with George Romero himself. Seeing him discussing his films and the thoughts/comments on the impact they have made, made me sad for his passing and realize how much of a great talent he really was. Regardless of the last few films, his horror community was still looking forward to the next installment from him.

His death, regardless of his age, was untimely.

When I was younger, as an obsessed fan, I rented all of Romero's movies on VHS. Sadly, Vanilla never made it to VHS, and it was seldom screened. I'm ecstatic for the release of George's lesser-known films and Arrow has not disappointed with this release. While There's Always Vanilla is definitely not for the casual viewer, for the fan of Romero's works, as well as for the completest, this is a great film to add to your collection.