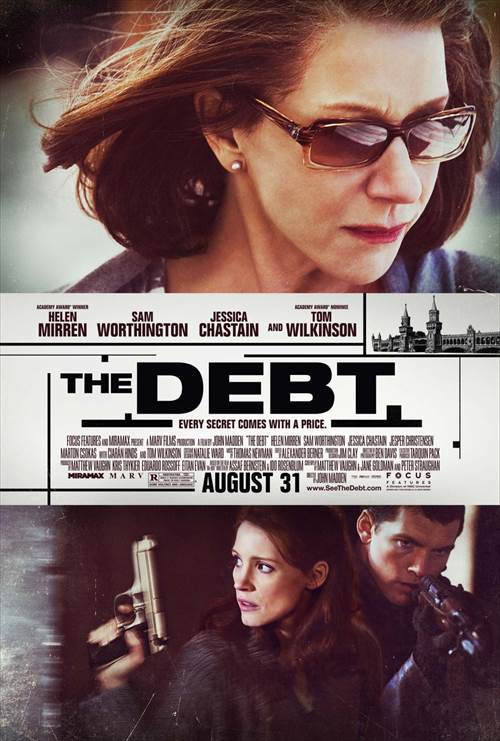 Helen Mirren and Sam Worthington star in “The Debt,” the powerful story of Rachel Singer, a former Mossad agent who endeavored to capture and bring to trial a notorious Nazi war criminal—the Surgeon of Birkenau—in a secret Israeli mission that ended with his death on the streets of East Berlin. Now, 30 years later, a man claiming to be the doctor has surfaced, and Rachel must go back to Eastern Europe to uncover the truth. Overwhelmed by haunting memories of her younger self and her two fellow agents, the still-celebrated heroine must relive the trauma of those events and confront the debt she has incurred.

The Debt images are © Miramax Films. All Rights Reserved.