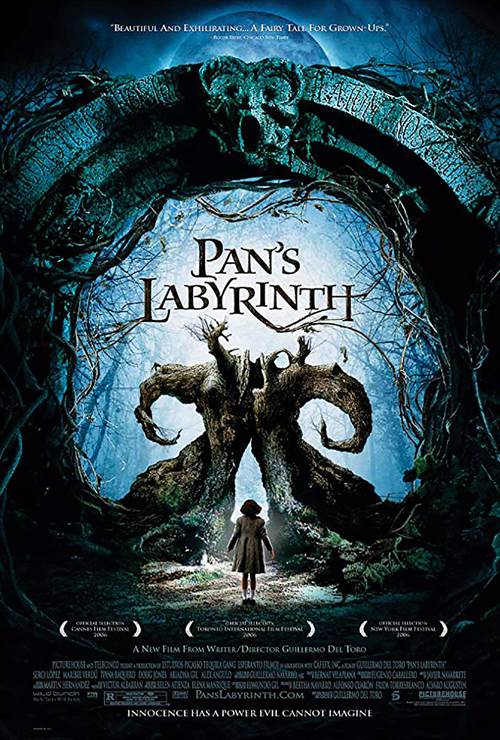 Following a bloody civil war, young Ofelia enters a world of unimaginable cruelty when she moves in with her new stepfather, a tyrannical military officer. Armed with only her imagination, Ofelia discovers a mysterious labyrinth and meets a faun who sets her on a path to saving herself and her ailing mother. But soon, the lines between fantasy and reality begin to blur, and before Ofelia can turn back, she finds herself at the center of a ferocious battle between good and evil.

Stream Pan's Labyrinth in Digital HD/4K from the AppleTV store. 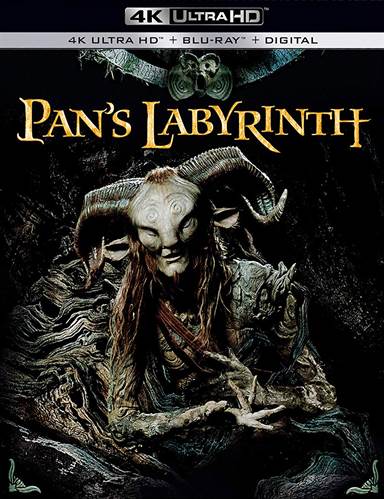 Academy award winner Guillermo del Toro has a history of bringing beautiful and disturbing stories to life on the big screen.  From 2004's Hellboy to 2017's The Shape of Water, his imagination takes us to places we almost might not want to go.  This is true as well for his 2006 movie Pan's Labyrinth.  The fairy tale fantasy combines the harsh realities of 1944 Spain with a world full of mythical creatures and leaves you wondering was is real and what isn't.  It is this ambiguity that makes the movie so intriguing and keeps the audience interested.  This new classic is about to be available on 4k for your home viewing pleasure.

As the story goes, a princess of the underworld runs away to the surface where she is blinded by the sunlight and forgets who she is.  Her father, the king, vows to wait her return which seems to take centuries.  Ofelia (Ivana Baquero; The Shannara Chronicles) is a young girl who ends up in the country with her mother, Carmen (Ariadna Gil; Nuts For Love) and stepfather, Vidal (Sergi Lopez; Dirty Pretty Things) who is a Captain in the Spanish Army.  He is there fighting the rebels and insists Carmen and Ofelia join him so his son can be born where Vidal is.

Ofelia, who is an avid reader, insists she has been visited by a fairy and follows the winged creature into the Labyrinth where she meets Fauno (Doug Jones; The Shape of Water) who believes Ofelia may be the long lost princess.  He gives her a book and tells her she must pass three difficult tasks to prove it.  Meanwhile, as Carmen gets sicker and Sicker Vidal hunts and kills as many rebels as he can.  Depending on what you ultimately believe, Ofelia either proves herself to be the princess or she simply becomes a martyr of the rebel cause.

Baquero does an excellent job for a young actress and you firmly believe she is an enchanted princess who must prove herself.  Maribel Verdu as the housekeeper, Mercedes, is good as the spy aiding the rebels while living under the Captain's roof.  Lopez, however, is the one to watch as he embodies the heartless demeanor of a ruthless dictator.  He is masterful to watch and steals practically every scene he is in.  Jones is also excellent as both Fauno and the Pale Man.  He walks a fine line between being a helpful ally and a devious creature out to ruin Ofelia.

The 4k version is presented in 2160p high definition video and is clean across the entire film.  The creatures are beautifully created and have terrific detail.  The DTS-HD Master Audio 7.1 is fantastic as well.  The surround sound envelopes the viewer from all sides.  The extras are missing some of those that are on the Criterion Collection edition but the quality is simply better.  This release offers the following extras:

Audio Commentary
Enhanced Visual Commentary
Pan's Labyrinth is a magical fairy tale and a nightmare all in one. It is definitely not for children as there is plenty of gore to go around.  Del Toro is a magnificent story teller and this labor of love is one of his many masterpieces.