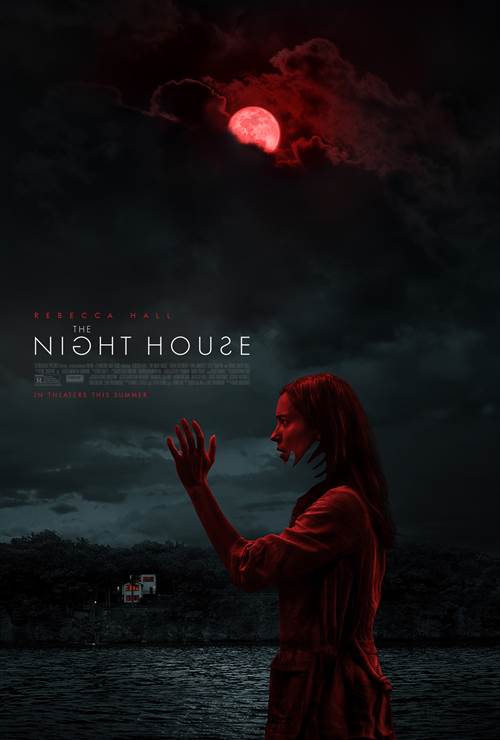 Reeling from the unexpected death of her husband, Beth (Rebecca Hall) is left alone in the lakeside home he built for her. She tries as best she can to keep together — but then the dreams come. Disturbing visions of a presence in the house call to her, beckoning with a ghostly allure. But the harsh light of day washes away any proof of a haunting. Against the advice of her friends, she begins digging into his belongings, yearning for answers. What she finds are secrets both strange and terrible and a mystery she’s determined to resolve. Grounded by an absolutely impeccable performance from the peerless Rebecca Hall, who carries each frame with a weight and nuance that feels effortless, THE NIGHT HOUSE offers a stunningly frightening take on the traditional ghost story, one that lingers with chilling grace.

Download The Night House in Digital HD/4K from the iTunes store.


See An Advanced Screening of The Night House in Florida  8/7/2021 3:33 PM EST
When someone passes away suddenly the grief can be overwhelming.  For Beth, living in the house her husband built is a constant reminder he is gone.  But when she starts having nightmares, she decides to seek out answers but is unprepared for what she finds.  Searchlight Pictures, in conjunction with FlickDirect, would like to offer some lucky winners one electronic admit-two pass to see an advanc...  More>> 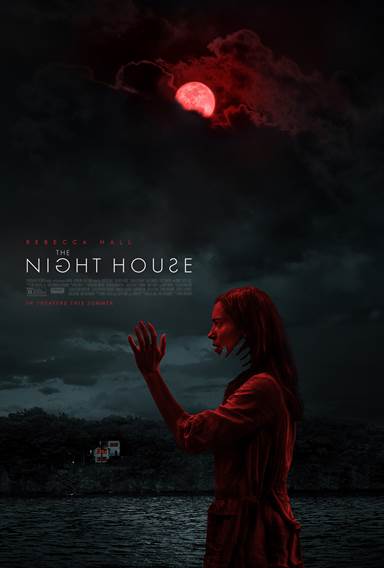 Fifteen years ago, a film starring Keanu Reeves (The John Wick Series) and Sandra Bullock (The Blind Side), blended some unexplained, supernatural-type elements with a scenic view from a mostly glass house that sat on a lake.  The Lake house was a romance (with that supernatural element left unexplained) and fans of Reeves and Bullock certainly had nothing to complain about.  But what if you took that beautiful house on the lake and turned the supernatural part into something sinister.   Suddenly that romance becomes a horror/thriller film that premiered at 2020's Sundance Film Festival call The Night House.

Beth (Rebecca Hall; Godzilla vs. Kong) is a schoolteacher whose husband built her a house on a lake and then suddenly, one day, commits suicide without any warning or explanation.  Unable to fully understand why he did it, Beth throws herself back into her routine. However, at night, Beth starts having vivid dreams which she describes to friends as being awake while her body is asleep.

Over time the dreams become more realistic and scarier in nature until Beth believes she is watching Owen (Evan Jonigkeit; X-Men: Days of Future Past) do horrible things to other women who look like her.  She also seems to feel his presence around her, see his footsteps on the dock and hear him talking to her.  Beth thinks she might be going crazy, and her friends are worried about her, especially after they find her holding a gun, in the same rowboat where Owen killed himself.

Hall is the brightest spot in this movie.  She portrays Beth as a strong woman who has vulnerabilities and apparently something evil is preying upon those "demons".  She also executes some impressive physical movements that make it seem as if she is really being assaulted by an unknown presence.  The rest of the cast is ok, but the movie would be nothing without Hall as the lead character.

Director David Bruckner (The Ritual) offers some beautiful scenic views but misses the mark in almost every other way.  The first two acts drag on for what seems like an eternity only to rush through the third act, which is arguably the most important part of the movie.  Writers Ben Collins (Stephanie) and Luke Piotrowski (Siren) never fully develop the plot, so the audience is left wonder about so many details which left me, at least, feeling unfulfilled.  The Night House barely scratches the surface of so much more that is festering underneath.

The jump scares, while limited in amount, are well placed and unexpected. They serve their purpose and help make the film more intense, which let's face it, this movie needs.  There is a difference between taking time to build tension and suspense and just simply wasting time because the pacing is too slow.  Sadly, The Night House trends towards the latter, and any interest the viewer has about Beth, Owen, and their story wanes by act II.

Of course, the lack of details and the ending that "seems" resolved leaves the door wide open for a sequel.  If Hall was to agree to portray Beth once again and we could learn more of the backstory, then a sequel quite possibly could be decent.  However, if we get more of the same tired, lagging, and lacking melodrama as the first movie, then thanks but no thanks.

While The Night House is certainly not the worst horror/thriller movie ever made, it isn't the best either and fans of the genre will probably go to see it simply because it is a horror film.  For the rest of the population though there are other offerings that will interest moviegoers more.