Home / Movie Database / We Need To Do Somethig
0 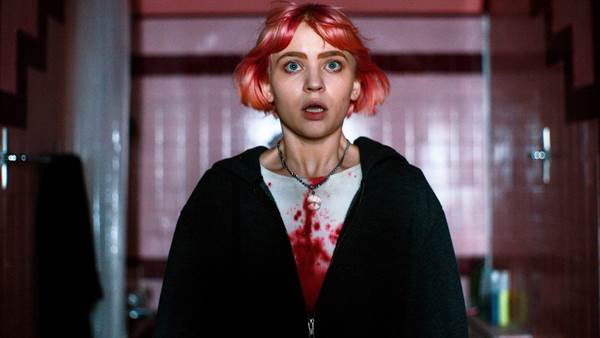 After Melissa and her family seek shelter from a storm, they become trapped. With no sign of rescue, hours turn to days and Melissa comes to realize that she and her girlfriend Amy might have something to do with the horrors that threaten to tear her family - and the entire world, apart.

We Need To Do Somethig images are © IFC Midnight. All Rights Reserved.

We Need To Do Somethig Theatrical Review 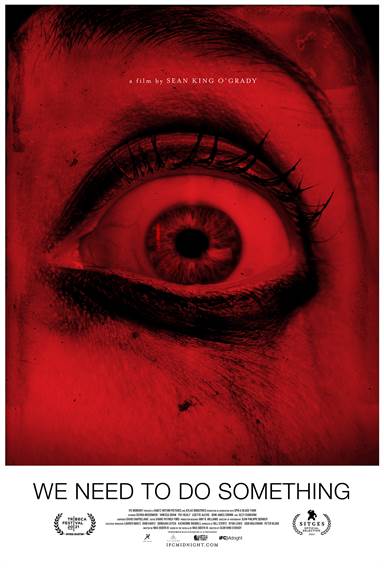 Family – love them or hate them, one thing is certain…you're stuck with them.  Of course, I'm speaking metaphorically but what if you really were stuck with them?  Would you all be able to survive together in a small space without wanting to kill each other?  For some families, the answer is yes while for others there seems to be a much more grey area.  Combining that concept with some horror/supernatural elements, writer Max Booth III (Satan His Own Self) and, making his feature film directorial debut, Sean King O'Grady bring a unique look inside the typical family, who maybe isn't that typical after all.

Making its way around the film festival circuit, We Need to Do Something, starts off just like any other dysfunctional family taking shelter from a storm and possible tornado inside one of the bathrooms in their home.  However, the more we watch them, the more we realize there is much more going on underneath the surface.  The cast of characters includes Pat Healy (Cheap Thrills) as the father, Robert, Vinessa Shaw (The Hills Have Eyes) as the mother, Diane, Sierra McCormick (Curb Your Enthusiasm) as the rebellious teenage daughter, Melissa, and John James Cronin (Mrs. Fletcher) as their approximately ten-year-old son, Bobby.

Just from an outsider's glance it is easy to tell dad has anger issues, among other problems, Mom has detached herself from her marriage, Melissa is very "alternative" in her fashion, thinking and has little desire to be with her family and Bobby is a nerdy bundle of energy.  When they all end up stuck together after a tree falls on their house, blocking the bathroom door, their family dynamic becomes much more interesting.  As does the world outside the confines of their bathroom.

For me, I have two different schools of thought about We Need to Do Something.  The first idea is that this is nothing more than a horror movie with supernatural forces working against the family.  The second, and certainly a more interesting idea, is that the bathroom is symbolic for the family being "stuck" in life and the threat on the other side of the bathroom door is the outside forces tearing their family apart.

The second theory regarding the plot makes the movie much more metaphorical with ideas/symbols that could be analyzed to death in college film classes across the country.  The first theory is that it is simply a supernatural thriller about a family trying to survive. From a critical perspective, the second version is deep and thought-provoking, but the first version is just another stupid, non-sensical movie.

The cast is strong, and they play off each other beautifully.  Healy has the jerk of a father role down pat and the audience would be hard-pressed to be sad if he died.  McCormick gives an excellent performance believing this is "all her fault".  Shaw is somewhat generic, and Cronin is really the only character out of the four that would evoke sympathy.  Lisette Alexis (Waltz of the Angels) as Melissa's girlfriend, Amy, is mysterious and intriguing, and mentally unstable.

Unfortunately, We Need to Do Something leaves the audience with a ton of unanswered questions, which is simply annoying.  In the end, there isn't any resolution and depending on how you interpret the movie, they are either screwed or they are going to try and face the "demons" lurking "outside".

We Need to Do Something is either a horrible, incomplete shell of a horror movie or a brilliant, symbolic, intellectual study of the human psyche and family dynamics.  Sadly, it is hard to figure out which way the filmmakers were trying to go with it…and maybe I'm just reading too much into it.  At face value, it's not a great movie.