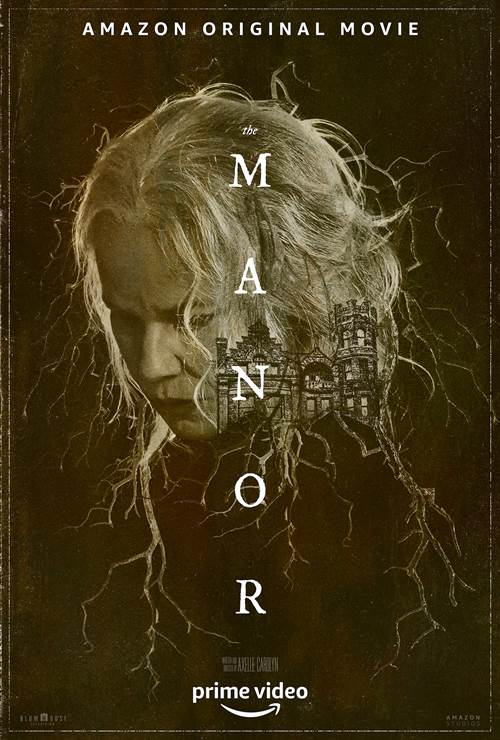 A malevolent force preys upon the helpless residents of a cozy nursing home in the gothic terror tale The Manor. When a sudden stroke diminishes her ability to care for herself, 70-year-old Judith Albright (Barbara Hershey) moves to Golden Sun Manor, an assisted-living facility with a sterling reputation. But despite the best efforts of the staff, and a budding friendship with fellow resident Roland (Bruce Davison), strange occurrences and nightmarish visions convince Judith that a sinister presence is haunting the historic estate. As patients begin to die mysteriously, Judith’s frantic warnings are dismissed as pure fantasy. Even her devoted grandson Josh (Nicholas Alexander) thinks her fears are the result of dementia, not demons. With no one willing to believe her, Judith must either escape the confines of the manor, or fall victim to the evil that dwells within it.

The Manor images are © Amazon Studios. All Rights Reserved.