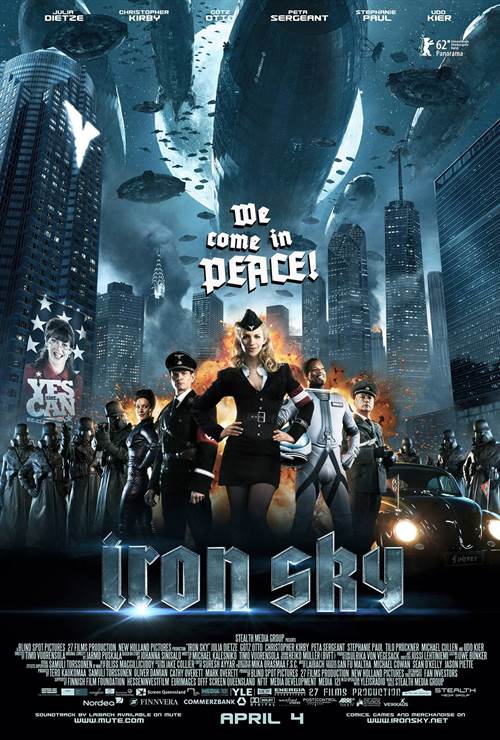 In the last moments of World War II, a secret Nazi space program evaded destruction by fleeing to the Dark Side of the Moon. During 70 years of utter secrecy, the Nazis construct a gigantic space fortress with a massive armada of flying saucers.

When American astronaut James Washington (Christopher Kirby) puts down his Lunar Lander a bit too close to the secret Nazi base, the Moon Führer (Udo Kier) decides the glorious moment of retaking the Earth has arrived sooner than expected. Washington claims the mission is just a publicity stunt for the President of the United States (Stephanie Paul), but what else could the man be but a scout for the imminent attack by Earth forces? The Fourth Reich must act!

Two Nazi officers, ruthless Klaus Adler (Götz Otto) and idealistic Renate Richter (Julia Dietze), travel to Earth to prepare the invasion. In the end when the Moon Nazi UFO armada darkens the skies, ready to strike at the unprepared Earth, every man, woman and nation alike, must re-evaluate their priorities.

Iron Sky images are © Entertainment One. All Rights Reserved.

Chris Rebholz
Iron Sky is worth at least one watch, preferably when you have nothing better to do...
Full Review | Grade: C