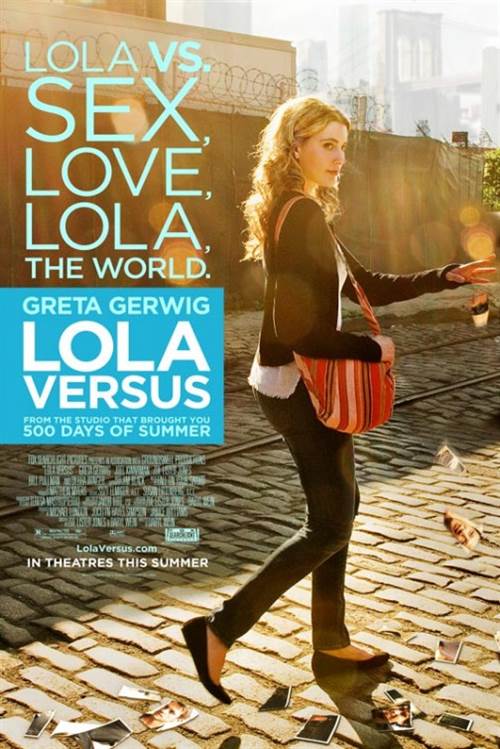 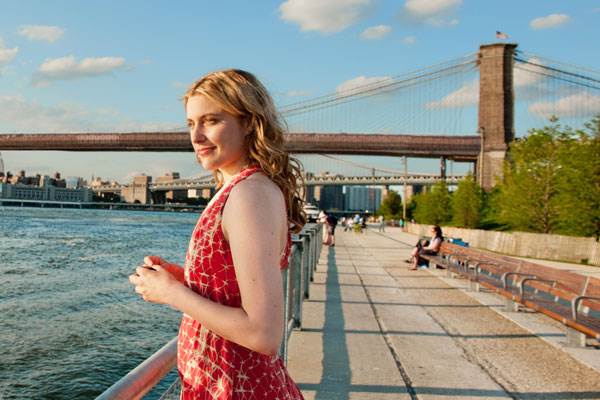 Greta Gerwig plays Lola, a 29-year-old woman dumped by her longtime boyfriend Luke (Joel Kinnaman) just three weeks before their wedding.  With the big 3-0 looming, Lola thinks she’s lost everything only to rediscover herself in LOLA VERSUS, a comedic tale of love and loss among restless and ambitious young city dwellers. An original new comedy from the acclaimed creative team of Daryl Wein and Zoe Lister-Jones (BREAKING UPWARDS), LOLA VERSUS is a perceptive and sometimes uncomfortably close look at the absurdities of modern romance.

Throwing herself into dating in New York City at almost 30, she turns to her loyal best friend Alice (Zoe Lister-Jones) for advice, crosses the line with her lovelorn friend Henry (Hamish Linklater) and fends off the unsolicited advice of her audacious parents, Robin (Debra Winger) and Lenny (Bill Pullman). As Lola’s well-ordered world dissolves into a blur of romantic humiliations, professional blunders and alcohol-fueled antics, she realizes that for the first time ever, she doesn’t know what to do next.  Lola struggles to adjust to life on her own and slowly begins to realize that she is the only one in control of her fate.

Lola Versus images are © Fox Searchlight Pictures. All Rights Reserved.