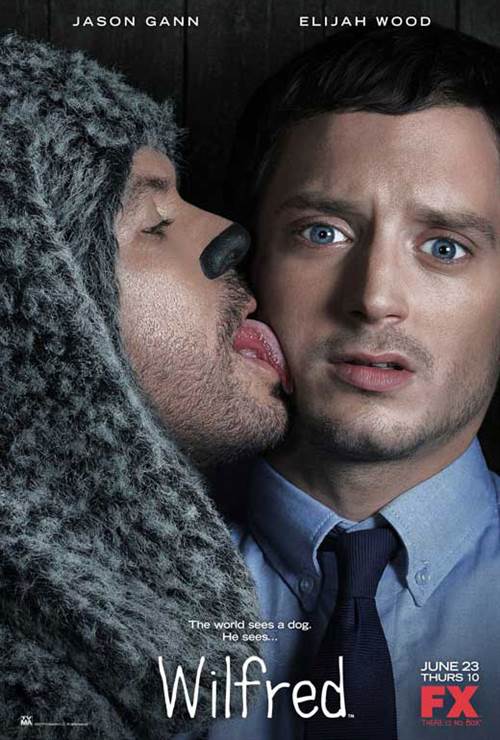 Wilfred is based on the critically acclaimed Australian series of the same title and was adapted for FX by David Zuckerman (Family Guy, American Dad, King of the Hill). Zuckerman also serves as executive producer along with Jason Gann, Rich Frank and Jeff Kwatinetz of Prospect Park, Randall Einhorn, and Joe Connor and Ken Connor of Renegade, producers of the Australian version of the series. Einhorn also serves as director. Wilfred is produced by FX Productions. The Australian version of Wilfred was written by Jason Gann and Adam Zwar, directed by Tony Rogers and produced by Jen Livingston.

Stream Wilfred in Digital HD/4K from the AppleTV store.


Win A Copy of Wilfred Season Two  6/12/2013 3:05 PM EST
Elijah Wood and Jason Gann return for another fearlessly funny season of Wilfred...the story of a dog and his man. Season two finds Ryan making a fresh start with a real job and a new girlfriend. But with Wilfred's help, Ryan discovers he still has a lot to learn about life, including "squishy" viral videos and the on-going cuteness war between dogs and babies. The Season two Blu-ray and DVD boast...  More>> 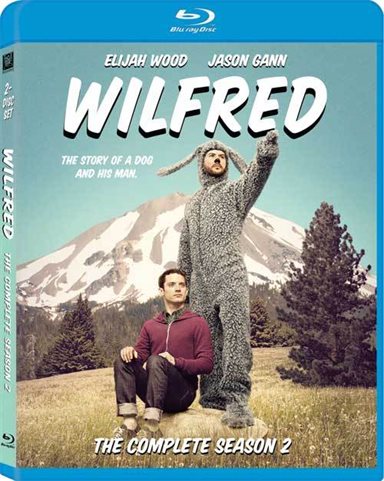 Much like its central protagonist, Ryan Newman (Elijah Wood), Wilfred's weightiest problems continue to be inconsistency and uncertainty. Adapted from the Australian series of the same name, concerning an emotionally distraught young man who possibly survives a suicide attempt only to awake to a world in which he's the only one who sees his attractive, bubbly neighbor Jenna's (Fiona Gubelmann) dog as a grown man in a shabby pooch costume, Wilfred occasionally provides equal parts hilarity and insight into Ryan's obvious psychosis, but these moments are unfortunately too few and far between. Wilfred's unevenness comes not from its cast of able actors, who all do their best with the middling material they're given, but from how often the series mixes unconvincing messages, clumsily confuses dual realities, and implements vapid plot devices to act as wobbly crutches beneath Wilfred's (Jason Gann) constant stream of lowbrow one-liners.

The season-two opener, "Progress," which casually toys with the fallout of Wilfred's injury in last season's finale, has an almost entirely different tone and mood than previous episodes, with higher production values, crisper visuals, and a weird, dreary aesthetic to support its dreamlike psychiatric-ward setting. Everything in Ryan's immediate point of view is cleverly blurred, evoking an authentic sense of self-imposed isolation, and for the very first time, the series finally seems to have found a truly distinctive voice, not by way of Wilfred's offbeat wisdom masquerading as pothead tomfoolery, but via Ryan's continually slipping sanity. Of course, Wilfred would essentially collapse on itself if Ryan ever stood up to Wilfred's mainly negative influence. Aside from "Progress," though, the show's writers have yet to illustrate any kind of range beyond the tired retread of Ryan backing himself into a corner without much useful, affirming, or significant assistance from his scruffy companion; this is a shame since Wood and Gann's chemistry is sporadically charming.

Wilfred raises many interesting questions, but spends most of its time withholding from providing convincing answers. On what cosmic plane is all of this really taking place? Is this all in Ryan's head? Is he dead or alive? Is Wilfred actually part of Ryan? If he mainly sees and interacts with Wilfred as if he were a human, and everyone else sees him as a dog, then why does Wilfred invariably display characteristics of both human and canine to both Ryan and the public? In some scenes he's smoking weed, fucking, and relieving himself like a man, and in others he's involuntarily bounding after a frisbee, shooting the shit with unresponsive pigeons, and biting a slow-witted custodian in the face, sans the influence of bath salts.

The two subsequent episodes, "Letting Go" and "Dignity," begin promisingly enough, with Ryan attempting to handle his problems alone (winning the affections of Jenna in the former, triumphing at his new job in the latter), but he instantaneously caves the moment Wilfred begins to give off the impression that he's the one who doesn't need Ryan, not the other way around. There's nothing about Wilfred that paints him as someone (or something) to turn to in a desperate situation. He's self-centered, yet he regularly makes that same accusation of Ryan. Wood and Gann try their damnedest to make this confused patchwork sing, and when they do it's a delight, but waiting for those rare occurrences soon becomes tiresome.

Due to its indiscreet mishandling of what's real and what isn't, Wilfred simply asks too much of its audience, requiring the endurance to look past its questionable narrative structure and the shaky delivery of its moral lessons. The strain that comes with continuing to care about Ryan's sad-sack existence, one that's a direct result of his own insecurities and poor decisions, vastly outweighs the amusement packed away within the incidental laughs the series intermittently provides.