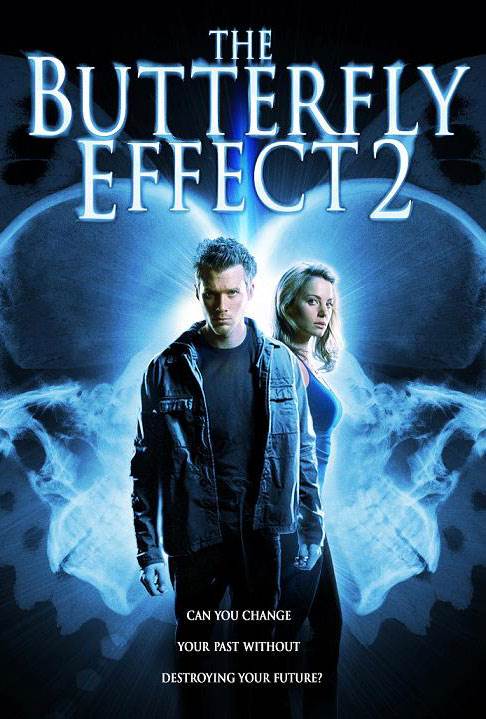 When a man's girlfriend is killed in a tragic auto accident, his time-traveling attempts to alter her fate have some unexpected effects on the events of the future in director John R. Leonetti's shocking sequel to the 2004 Ashton Kutcher hit. Nick (Eric Lively) and Julie (Erica Durance) were deeply in love, but when death robs the young couple of their lifetime of happiness, Nick isn't willing to say goodbye to his soulmate without a fight. Soon discovering that he has the ability to travel into the past to a point before the time of Julie's untimely death, Nick struggles to find a means of saving his one true love despite the increasingly troubling results that his well-intended heroics seem to have on the future.

Download Butterfly Effect 2 in Digital HD/4K from the iTunes store.


Butterfly Effect to Return to Big Screen  7/26/2013 2:05 PM EST
"The Butterfly Effect", the 2004 film that starred Ashton Kutcher, will be getting a reboot.    The film was made a respectable amount of money, earning $100 million worldwide, as well as spawning 2 direct-to-DVD sequels.  According to Variety, Eric Bress,  who co-wrote the original script with  J. Mackye Gruber, is said to be interested to write the script for the reboot.   No word on who will be...  More>> 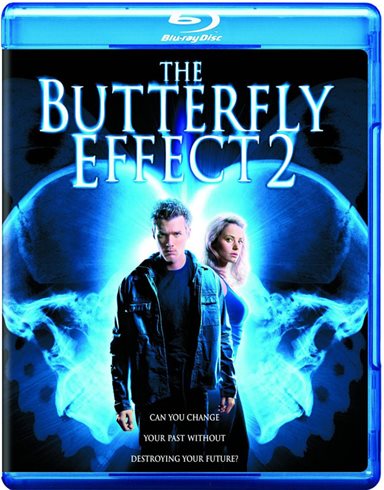 In some ways, it's hard to blame studios for remakes like this. The exec's must love pitches for movies like The Butterfly Effect 2: take a popular movie, write a script built around the same premise, hire some b-list actors, crank it out in less time than it takes to review it, rip off the name of the original, and hope that it will be a big hit on DVD.

The set up is familiar: Nick Larson (Eric Lively) loses his girlfriend Julie (Erica Durance) in a car accident, of course his grief over her death causes his life to spiral out of control, affecting his job as well as those around him. Time passes and one day, whilst bemoaning his loss he learns that he has the power to go back and change that single event. Doing so allows her to live, and at first things seem idyllic compared to his previous state. He soon finds that while his life with her may be heavenly, the same can't be said for his career. So he makes another change, and then another, but the more changes he makes, the worse things seem to become. Can he save her and not ruin everything else?

The actual butterfly effect is a concept in chaos theory that explores how interconnected everything in our universe truly is. One tiny change in behavior can alter any number of things, all over the world. It's a scary notion, and one that has a solid mathematical basis. The first time it was addressed, at least cinematically, was in Jurassic Park by the character of Ian Malcom (Jeff Golblum). The problem with The Butterfly Effect 2 is that it doesn't take this concept nearly far enough. The film restricts itself to Nick's personal career goals. The main focus of his changes? Whether or not he gets a promotion at work. Will his girlfriend break up with him? Will his best friend get in trouble with a tough investor? If the flap of a butterfly's wing can cause a tornado somewhere across the world, how big an impact would a change in life or death have?

To be fair, most of the actors put a lot of effort into their roles. Eric Lively delivers a subtle, intelligent performance that deserves to be in a much better film. The supporting cast is also strong, as though completely unaware of the type of film they are in. The script is also well written, sidestepping the melodrama so often found in direct-to-dvd sequels. In fact, the first half an hour of The Butterfly Effect 2 was pleasantly surprising. It only starts to fall apart when gratuitous sex scenes begin slipping into the ever more predictable story. There are a few serious plot holes, including an obvious drop in the opening sequence that disappears completely, only to resurface as a twist ending. In a movie that promises shocking twists and turns, it should stay one step ahead of us and not the other way around. This lack of surprise is the biggest disappointment. We watch thrillers in the hope that they will shock us, surprise us, or at least get us to think. This film does none of the above.

On Blu-ray, The Butterfly Effect 2 has a strong video quality, with good detail and no visible flaws. The audio makes excellent use of all channels. There's a commentary with the director and producer, which shows the energy that went into the production. There's also a short production featurette that covers the short, frantic shoot. It's this enthusiasm from cast and crew that keep the film from being completely unwatchable.

If you really enjoyed The Butterfly Effect, it might actually be worth giving the sequel a rental spin. It's not a good film, but it's surprisingly heartfelt and well-intentioned. Just don't be surprised when you're disappointed by the lackluster second half. Serious fans of science fiction and complex storytelling are better off leaving this on the shelf. This idea has been handled with much more intelligence in the past, and will probably be handled much better in the future.