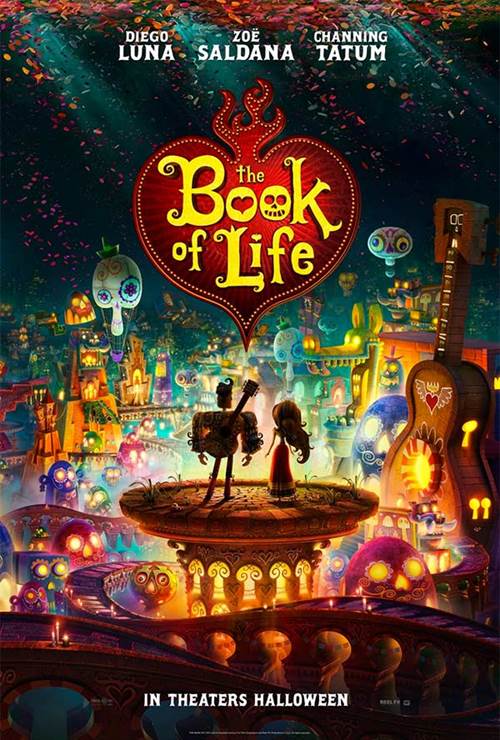 In the Mexican town of San Angel, Manolo (Diego Luna), Maria (Zoë Saldana) and Joaquin (Channing Tatum) have been friends ever since childhood. Although their lives have taken different paths -- Maria was sent to Europe, Joaquin joined the military, and Manolo studied to become a bullfighter -- one thing remains the same: Manolo and Joaquin both want to marry Maria. Little does the trio know that battling husband-and-wife deities have made a high-stakes wager on the love triangle's outcome.

Download Book of Life in Digital HD/4K from the iTunes store.

Listen to the Book of Life soundtrack on Apple Music. 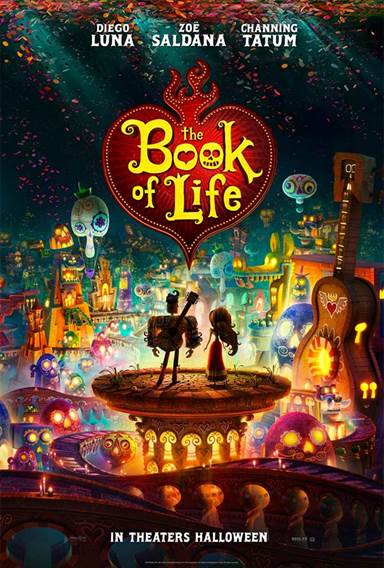 The Book of Life, the latest animated film from producer Guillermo Del Torro (The Strain, Pacific Rim) is a lighthearted, fun movie with a message.  Set around the Mexican Holiday of "The Day of The Dead", it portrays love, dishonesty, disappointment and courage in a family friendly way.  While it is a cute film that should do well at the box office, I don't believe it will top the likes of Frozen or Despicable Me.

The Book of Life centers around three friends; Manonlo (Diego Luna; Milk, The Terminal), Maria (Zoe Saldana; Guardians of the Galaxy, Avatar) and Joaquin (Channing Tatum; 21 Jump Street, Magic Mike) living in the small town of San Angels.  As children they were inseparable until Maria's father sent her away only to return as a mature, beautiful woman.  In the meantime, Manolo and Joaquin live in the shadows of their fathers' greatness – Manolo's Father a great bull fighter and Joaquin's a fallen Soldier revered as a hero.

When La Muerte (Kate Del Castillo; No Good Deed, Julia) and Xibalba (Ron Perlman; Hellboy, Sons of Anarchy), the overseers of the varying layers of the underworld, bet which boy will win Maria's heart it begs the audience to choose sides.  It doesn't help Joaquin that Xibalba tips the odds in his favor  by giving Joaquin a magic badge imbibing him with strength, courage and immortality,  Meanwhile Manolo is left to his own devices as he struggles between what his father wants and what is truly in his heart.

Luna, Saldana and Tatum are all very good in their roles and are surrounded by a strong supporting cast. Christine Applegate (Married with Children, Anchorman) voices Mary Beth, the Museum tour guide who takes a group of delinquent children through the story and Hector Elizondo (The Princess Diaries, Pretty Woman) plays Manolo's father, Carlos Sanchez. Ice Cube (Boyz in the Hood, 21 Jump Street) is a surprise as he voices the character of the candle maker, an upbeat, "hip" character.

The film has several cover songs which adds fun and humor to the story and makes for a good soundtrack.  The story is nothing new except it is set in the backdrop of a different heritage and culture than previous animated movies and gives some details about "The day of the Dead" traditions.  The Mexican "flare" adds vibrant colors to the scenery that helps the film come alive and will certainly be eye catching for the little ones who go see it.

I enjoyed the fact that Maria wasn't your typical "damsel in distress" that so many animated fairy tales portray but instead was an educated, self-sufficient woman, who could take care of herself (although that is probably in direct contrast with the ideas about women in Mexico during the time frame the film is set). She will surely be a role model for many of the young girls who see The Book of Life.

I question why Manolo and Maria had Spanish accents but Joaquin did not.  I think Tatum was miscast in the film and the director should have gone for an authentic Hispanic actor other than a big name.  Every time Joaquin spoke I felt myself cringe a little.

The Book of life isn't up to par with some of the more recent animated offerings but it is a fun little film and I think every family should take their children to see, if for no other reason than to catch a few laughs and learn a little about Hispanic culture. B- 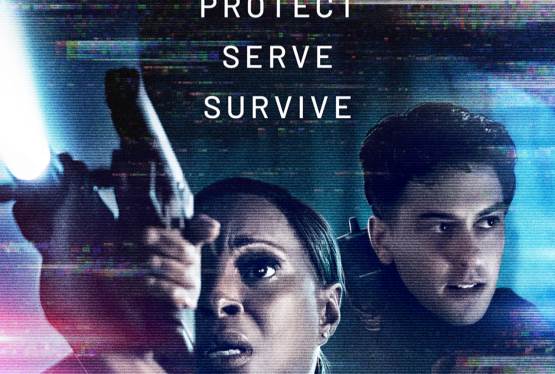