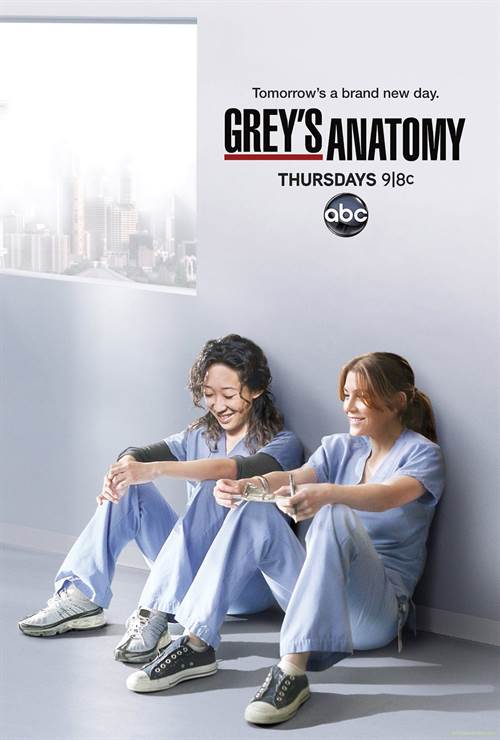 Grey's Anatomy is the recipient of the 2007 Golden Globe® Award for Best Television Series – Drama, and multiple Emmy nominations, including two for Outstanding Drama Series.

The doctors of Seattle Grace Hospital deal with life-or-death consequences on a daily basis—it's in one another that they find comfort, friendship and, at times, more than friendship. Together they're discovering that neither medicine nor relationships can be defined in black and white. Real life only comes in shades of grey

Stream Grey's Anatomy in Digital HD/4K from the AppleTV store. 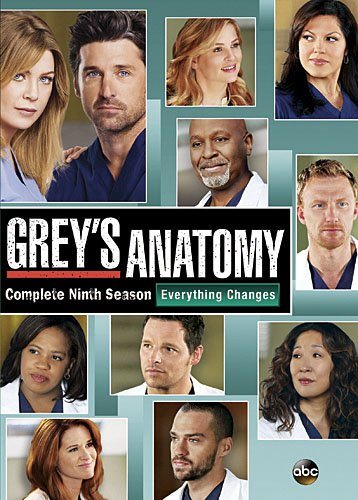 Creator Shonda Rimes has some big surprises for us in Grey's Anatomy Season 13.  At the end of Season 12, Alex Karev (Justin Chambers; The Wedding Planner) had just beat up one of the interns because Karev thought he was trying to assault his girlfriend.   With both of the doctors landing in the hospital, Bailey (Chandra Wilson) can't seem to figure out what happened to the doctors, what the cause of the altercation was and who was involved.  Of course, Meredith (Ellen Pompeo) is worried about Karev and how to protect him, which solidifies her co-dependency on him since Derrick Shepard died at the end of Season 11.

On a happier note, April (Sarah Dew) had her baby and is clashing with her former mother-in-law in regards to the new precious bundle that arrived.  Maybe we will see a rekindling of the romance between April and Dr. Jackson Avery (Jesse Wlliams), since there seems no hope left for Karev and Jo Wilson (Camilla Luddington).  Meanwhile, Nathan Riggs (Martin Henderson) and Meredith are sleeping together – or are they?  Seeing that the show is still called Grey's Anatomy, the writers really need to bring some romance to Meredith's life.

There seems to be intrigue and mystery surrounding our favorite doctors and amazement at Karev's situation, although he has been heard to say over the last 12 seasons that he's lucky he didn't end up in jail.  Have his words just been an ominous sign for Karev's way out of the show?  So many of out favorite actors have left that I am not sure if Grey's can survive another original character leaving the show.

Many questions remain unsolved in the Season 13 premiere. Hopefully, the writers will be able to reconcile the characters and the stories this year because last season, with Shepard gone, there seemed to be a hole in our favorite hospital.

Grey's Anatomy airs on ABC on Thursday nights at 8 p.m.