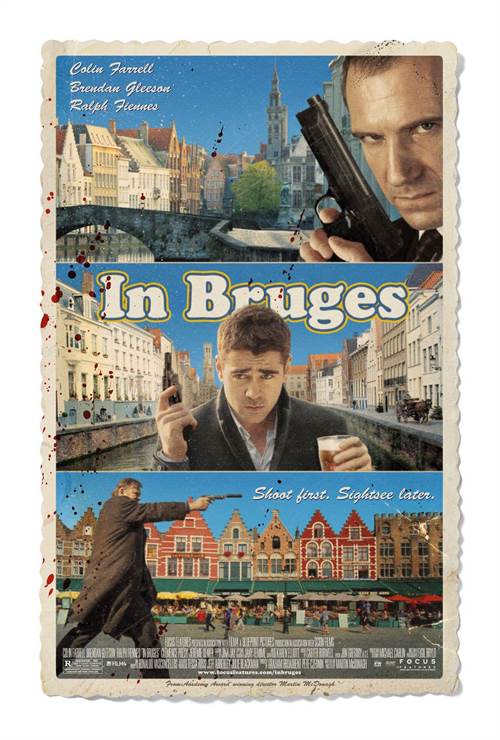 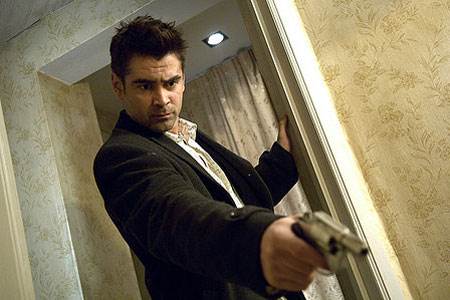 This darkly comic suspense thriller from Academy Award-winning writer/director Martin McDonagh tells the story of hit men Ray and Ken (Colin Farrell and Brendan Gleeson). After a botched job in London, the team is ordered by their boss Harry (two-time Academy Award nominee Ralph Fiennes) to cool their heels in the storybook city of Bruges, Belgium. Very much out of their comfort zones, the men find themselves drawn into increasingly dangerous entanglements with locals, tourists, and a film shoot. As their stay in Bruges gets weirder, they realize Harry may have other plans for them than a simple vacation.

Stream In Bruges in Digital HD/4K from the AppleTV store.

Listen to the In Bruges soundtrack on Apple Music.

In Bruges images are © Focus Features. All Rights Reserved. 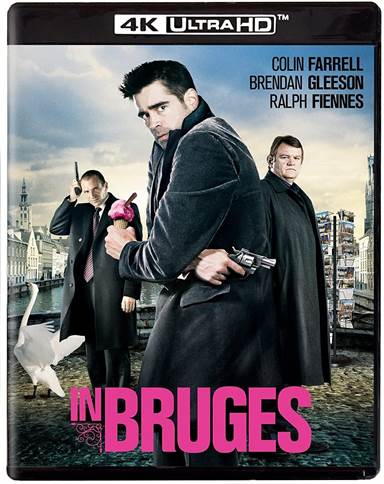 Have you ever had a friend recommend a movie you have never heard of or have heard of but only in passing?  Perhaps, you are that friend who has seen a movie you absolutely loved and you recommend it to EVERYONE.  Regardless, we have a few films that fall into one of the above categories and for many people, 2008’s movie, In Bruges, is one of them. Starring Colin Farrell (Total Recall), Brendan Gleeson (The Harry Potter Film Series), and Ralph Fiennes (The Harry Potter Film Series), the movie revolves around two hit men laying low in Bruges, awaiting word from their boss.  You can now own this new classic in 4K beginning September 27, 2022.

Ray (Farrell) is a “hitman in training” if you will and Ken (Gleesom) is his mentor.  Ray’s first job is to kill a priest (we never find out why nor is it important to the story), which he handles well enough.  However, he discovers he also accidentally hit a young boy, killing him as well.  Distraught over his mistake, Ray is takeout of the church and he and Ken heard to Bruges where they are to sit and wait for a phone call from Harry (Fiennes) telling them what they should do next.  While Ken is perfectly content to wander around the Belgium city exploring and soaking up the culture and history of the area, Ray has no interest in culture and can’t wait to simply get out of there.

Farrell offers a range of emotions from rude and nasty to those who are alive to sadness over the little boy’s death and the role he played in it.  He and Gleeson have a great rapport and their “buddy” moments are some of the funnier and more heartwarming scenes in the film.  (Side note: It seems people tend to agree as the two are set to team up again for The Banshees of Inisherin).  Fiennes is just as evil, if less eloquent, as one of his most famous villainous portrayals  - Voldemort. The rest of the cast is almost as memorable as the three leading men which is saying a lot considering this level of talent.

In Bruges is one film that profits from the 2160p video quality upgrade.  The scenery of the 11th-century town is incredibly detailed showcasing the architecture.  The trees and canals are vibrant and “alive” even in the cold winter timeframe.

Interestingly Kino Lorber decided against a Dolby Atmos transfer and went with DTS-HD Master Audio 5.1.  I’m not sure if this was a great choice since, besides some enhanced ambient sounds, there isn’t a huge difference aurally.  The combo pack comes with several extras, though none of them are new.  They include: STRANGE BRUGES: Featurette, WHEN IN BRUGES: Featurette, F*CKING BRUGES: Featurette (warning: 90 seconds of cursing), A BOAT TRIP AROUND BRUGES: Featurette, Deleted and Extended Scenes, Gag Reel, EPK Interviews with Farrell, Gleeson, Fiennes, and others, and B-Roll: EPK.

Writer/director Martin McDonagh (Three Billboards Outside Ebbing, Missouri) took a very smart idea and utilized the setting of the film as one of the characters, giving the stars of In Bruges a backdrop both worthy and in a competition of their performances.  He also makes fun of practically everyone - which is sure to offend some people - as well as, littering the script with insults and cursing throughout (if you were a college student and you wanted to make a drinking game set to In Bruges, simply have people drink every time someone curses.  They will all be hammered approximately 30 minutes into the film).

In Bruges is one of those “hidden gems” you don’t necessarily hear much about but, once you’ve seen it, you can’t forget it.  A great cast,  beautiful story, and a unique plot makes this one movie you should see if you haven’t already and you should own in 4K. 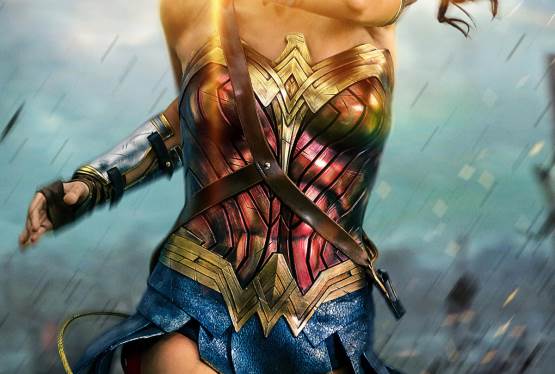