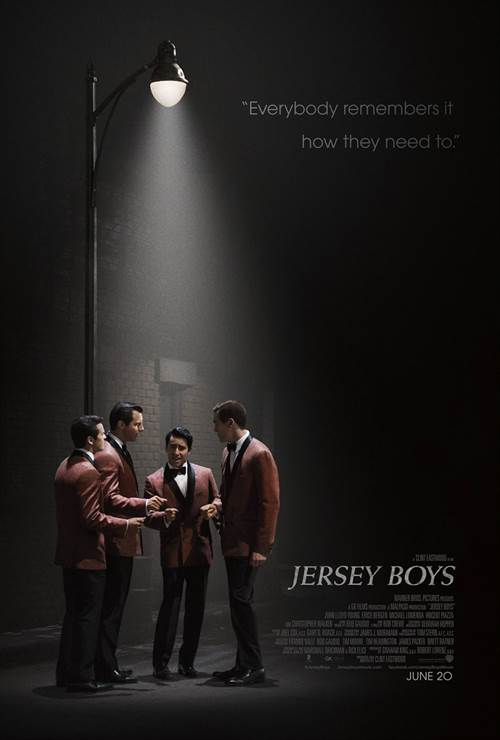 From director Clint Eastwood comes the big-screen version of the Tony Award-winning musical “Jersey Boys.” The film tells the story of four young men from the wrong side of the tracks in New Jersey who came together to form the iconic 1960s rock group The Four Seasons. The story of their trials and triumphs are accompanied by the songs that influenced a generation, including “Sherry,” “Big Girls Don’t Cry,” “Walk Like a Man,” “Dawn,” “Rag Doll,” “Bye Bye Baby,” “Who Loves You,” and many more. These classic hits are now being embraced by a new generation of fans through the stage musical, which has been running on Broadway for more than eight years and has also enjoyed successful tours around the globe.

Download Jersey Boys in Digital HD/4K from the iTunes store. 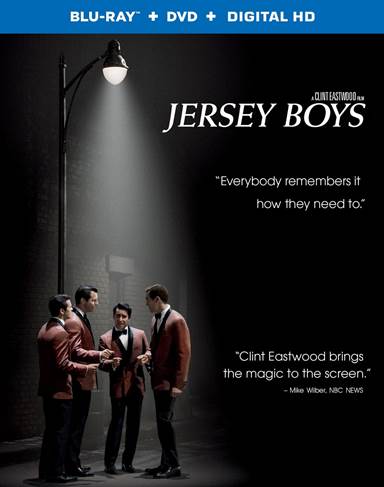 It's always a little tricky when a hit Broadway Musical is adapted for the big screen.  Devoted fans of the show often scrutinize every detail and compare the movie to the stage productions.  In the case of Jersey Boys, I don't think the fans will be disappointed.  Coming to Blu-ray and DVD on November 11, 2014, it packs all the excitement, emotion and amazing music of the Broadway show.

Jersey Boys loosely tells the story of Frankie Valli and the Four Season and how they went form singing in small night clubs and bowling alleys to being  a huge recording act.  As will all good "rise to fame" stories, Jersey Boys includes guys from the wrong side of the tracks, conflict within the group, trouble with the law and the mob and disastrous personal lives.  Of course no "behind the music" would be complete without tragedy, in this case, the death of Frankie Valli's oldest daughter.  While the basic premise is true, the writers took "poetic license" with some of the finer details.

The cast is superb especially John Lloyd Young as Valli.  He portrays Valli with nice guy, slightly naïve charm while singing the songs with a beautiful voice.  The supporting cast is terrific including Bergen, Lomenda, and Piazza.  Walken is great as always and Renee Marino and Erica Piccininni (Wilderness) as Valli's ex-wife and girlfriend respectively hold their own in this ensemble.    Also noteworthy is Donnie Kehr (Chaplin) as Norm Waxman, who originated the role on Broadway.

The story itself is engaging and entertaining and Eastwood's Direction moves the movie along at a nice pace.  The music is as fun and enjoyable as older audiences will remember it.  Presented in DTS-HD Master Audio 5.1, the quality enhances the viewer's listening experience and the 1080p video shows every scene clearly.

The Blu-ray extras include 3 different segments.  The first discusses the path from the show's concept, to Broadway and ultimately to the big screen.  The second segment called "to good to be true" shows the Broadway stars discussing their "pinch me moments" of being cast in the movie version and working with Walken and Eastwood.  The last piece walks the viewer through the concept and rehearsals of the final musical number.  All three parts are interesting and worth watching.

For purists, the movie version will never live up to the Broadway show but it certainly tries.   For those who like a good story based on real life with some terrific songs and acting, the Blu-ray is definitely something to purchase so it can be enjoyed time and time again.  A-