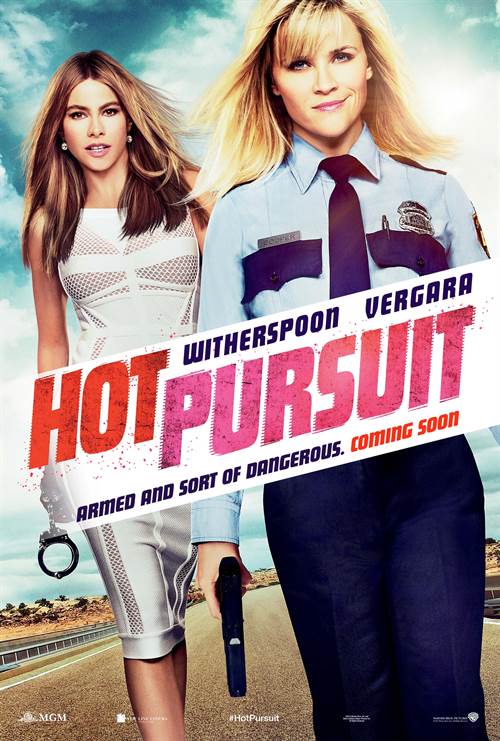 An uptight and by-the-book cop (Reese Witherspoon) tries to protect the sexy and outgoing widow (Sofia Vergara) of a drug boss as they race through Texas pursued by crooked cops and murderous gunmen.

Download Hot Pursuit in Digital HD/4K from the iTunes store. 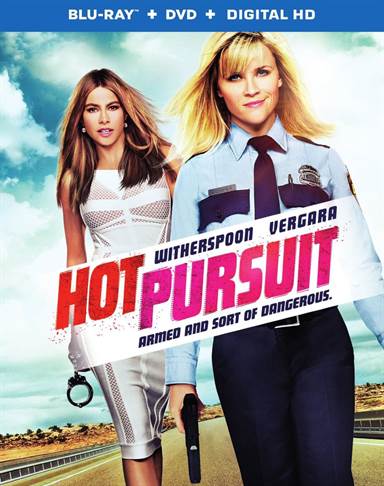 When you see a movie starring Reese Witherspoon (Walk The Line) and Sofia Vergara (Modern Family), you have high hopes it will be good.  Sadly, Hot Pursuit completely missed the mark by not utilizing these two talented ladies. I‘m not sure what they saw in this film when they read the script, but, it isn't funny, interesting or original.

Witherspoon plays Police Officer Cooper, who has been relegated to the evidence room after she accidentally set a teenage suspect on fire.  Vergara plays Daniella Riva, the wife of a member of a drug cartel who must either testify against his boss or go to prison for the rest of his life.  When Riva's husband is killed she becomes the key witness against the drug lord and ends up running for her life with only Cooper for protection.

As with most cop protection comedies, everything isn't exactly as it seems.  Riva plays dumb but is actually smarter than she lets on and Cooper is too naïve at first to realize she has be duped by her own coworkers and boss.  Of course, in the end, the drug lord is taken down, Riva lives a good life and Cooper proves herself as a cop and gets put back on patrol duty.

I was really looking forward to this film because I like Witherspoon a lot, and, while I've never watched more the three episodes of Modern Family, I thought Vergara would be decent.  Admittedly, I don't think their acting was particularly bad but everything about this movie just didn't work.  The script wasn't very funny and there were too many things going on in the story.  For example, they accidentally kidnapped a passed out drunk convict wearing an ankle monitor while they were trying to elude the police (REALLY!?!) and they had to sneak pass a road block through the brush on the side of the road in the worst ever looking deer costume.  I just didn't believe so much of it, and the humor fell flat.

The Blu-ray extras included a blooper reel , a featurette called "The Womance", which takes an inside look at the relationship between Vergara, Witherspoon and the Director, Anne Fletcher (27 Dresses), and an alternate ending.  As extras go, they were cute to watch and, at times, funnier than the actually movie itself, but did not add anything insightful.  I suspect that this is because there is nothing insightful about the film to go on.

The 1080p High Definition video is what you would expect nowadays.  The screen shows various hues with sharp pictures.  The DTS-HD 5.1 audio is very good accentuating both the highs and lows making for strong tonal quality.  Again, nothing is spectacular about the film which includes the video and audio but overall they are good quality.

If you want a "female bonding film" with some laugh out loud moments, I don't recommend this one.  There are many more out there already that have done it better (a la Bridesmaids).  Rent Hot Pursuit if you must, but save your hard earned dollars for something else.