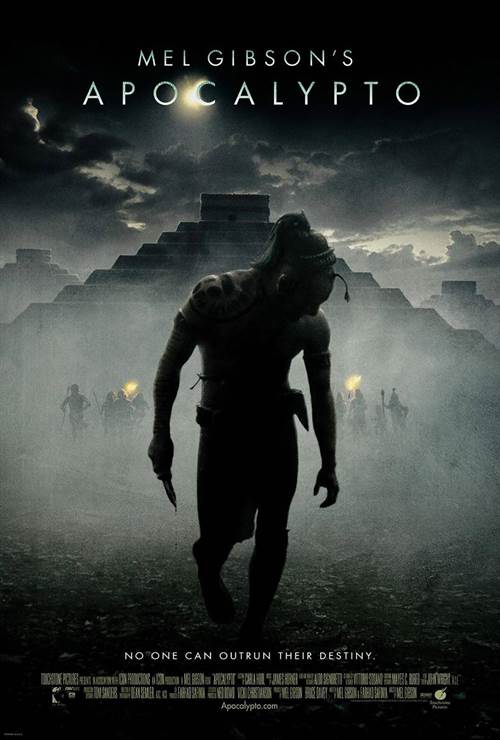 From Academy Award® winning filmmaker Mel Gibson ("The Passion of The Christ," "Braveheart"), comes "Apocalypto": a heart stopping mythic action-adventure set against the turbulent end times of the once great Mayan civilization. When his idyllic existence is brutally disrupted by a violent invading force, a man is taken on a perilous journey to a world ruled by fear and oppression where a harrowing end awaits him. Through a twist of fate and spurred by the power of his love for his woman and his family he will make a desperate break to return home and to ultimately save his way of life.

Download Apocalypto in Digital HD/4K from the iTunes store. 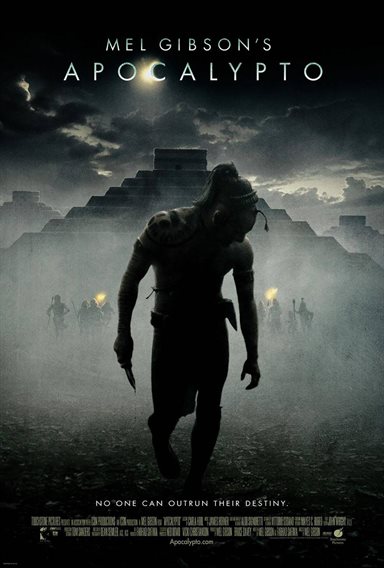 I have to admit I was a bit suspicious of this from the start. In fact, I do respect the making of The Passion of Christ. It's a powerful story, and Gibson's brand of historical accuracy takes some guts to pull off. It is also important to be able to separate motive and intent from art; analyzing things without authorial intent is a valid and important perspective -- as important as divining what their creator was thinking. Both are necessary for the holistic view.

On the other hand, that doesn't exactly mean the author is dead either. Just as you should be able look at something without trying to look over the author's shoulder, you also need to remember who you are dealing with. On the onset, I suspected that the guy who made Passion (and unleashed a famous anti-Semitic drunken rant), a guy who is a devout practicing Catholic with the kids to show for it, and whose father is heavily into the Vatican II conspiracy scene, had made an apology for the Conquistadors.

What do I mean by this? Well, let us take a look at the artifact. Apocalypto is the story of a villager in the Yucatan during the Mayan period. He, Jaguar Paw, (Rudy Youngblood) is a hunter of great skill and happily married with a pregnant wife and young son. He leads a reasonably peaceful and happy life until his village is slaughtered, and he is captured by Mayan mercenaries who take the survivors for human sacrifice.

This brings us to a blood-soaked finale where we see a sprawling, decadent Mayan empire and gore-splattered human sacrifices. The movie opens with a quote that before a great empire can fall, it must be destroyed from within; and in the end of the film, we see grim looking Conquistadors arriving to bring what we know will be the end of their empire.

By that time, we are not sad to see it go. According to what I have read, the movie is mostly right. It gets a jaguar attack correct because they alone, of the big cats, bite the face rather than the neck. It uses real villagers in a lot of places. It understands that the Mayan priests did know when eclipses were going to happen and used that to impress the populace.

It gets a few things 'wrong'. I have read the ceremony is more Aztec than Mayan. The wall paintings are "bloodied up"; the real ones do not show human hearts. There is a girl who can see the future, for real; and I doubt that was historically accurate. Does any of this add up to anything? I am not 100% certain.

Let me be clear -- Apocalypto is a visceral experience. The end of it is suspenseful and masterfully crafted. It uses its environment intelligently. The tactics Jaguar Paw employs are based on fact, not science fiction, and he gets overly lucky? Well, it is a movie! I was more doubtful that a man, as injured as he was, could carry on as well as he did vs. that a girl could predict the fall of the empire. Gibson proves he is the real deal as a director and has the guts and cred to do things other directors simply do not, e.g. make a modern movie with subtitles, film on location in extreme heat, cast actual villagers, and so on.

The movie is relentless, and it is made as well as anything can be made.

However, when I consider the source, I wonder if Gibson believes that the spread of Catholicism was an unalloyed good. How could he not? He is a devout Catholic. Where even the Vatican admits there were some excesses in its early days, I wonder if his in-your-face portrayal of the brutality and barbarism of the Mayan/Aztec people is designed to make us happy that a grim-faced, smallpox-laden Spaniard is coming in the end to bring destruction down on the heads of the decadent priests and atrocity aristocrats we see atop the ziggurats?

There are some clues this is the case, i.e. increasing the bloodshed, some gratuitous scenes of abandoned children, a slave market when it is questionable that there were large amounts of slaves, and the human-hunting scene which has no historical precedent. You can also argue, however, that it is a hell of a ride and these excesses simply amp-up the tension.

So I'm not sure, but in the end, what matters is what the experience is like and the experience is intense. It is also gutsy and almost unique. Whatever was behind the vision that made it, the vision itself is stunning. It is a remarkable piece of cinema, and whatever the source, it deserves to be considered on its extant merits. I have read about the Conquistadors, and it is my feeling that they weren't much more civilized than the civilization they were destroying; but considering that the Central American reaction to the movie wasn't outrage, I think I ultimately lack standing to be upset on the Mayan's behalf.

So I have to hand it to Mel Gibson, even though I may not agree with his cultural politics, he makes a heck of a movie.