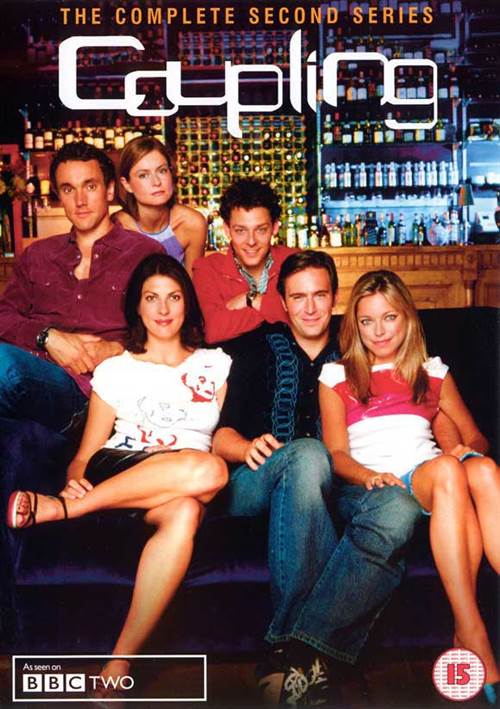 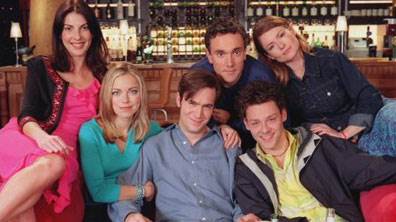 Coupling is a British television sitcom written by Steven Moffat that aired on BBC2 from May 2000 to June 2004. Produced by Hartswood Films for the BBC, the show centres on the dating and sexual adventures and mishaps of six friends in their thirties, often depicting the three women and the three men each talking among themselves about the same events, but in entirely different terms.

The series was inspired by Moffat's relationship with producer Sue Vertue, to the extent that they gave their names to two of the characters.

The show debuted to unimpressive ratings, but its popularity soon increased and by the end of the third series the show had achieved decent ratings in the UK. The series began airing on PBS stations and on BBC America in the United States in late 2002 and quickly gained a devoted fanbase there as well. The show is syndicated around the world. Short-lived American and Greek adaptations were briefly produced in 2003 and 2007.