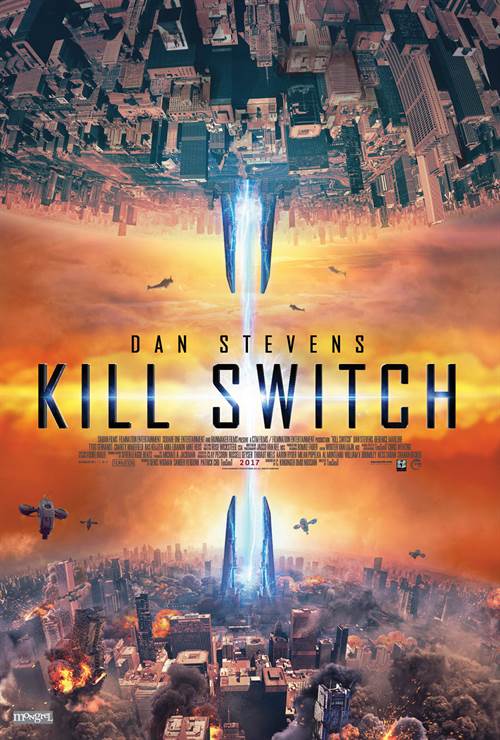 In a future world, a physicist's experiment to harness unlimited energy goes wrong. Chased by drones and soldiers, Will Porter must race through an imploding world and retrieve the Redivider box to save his family…and all of humanity!

Stream Kill Switch in Digital HD/4K from the AppleTV store. 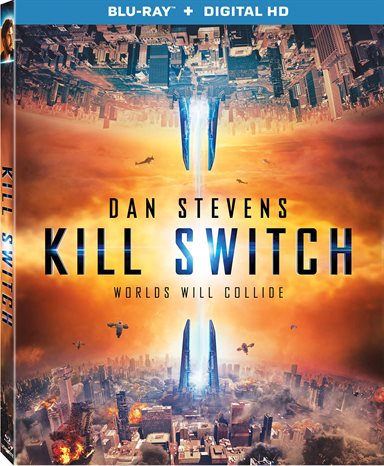 So much of the World's political dialogue these days centers around climate change and the various energy sources currently available.  From coal and fossil fuels to solar, wind and water there are numerous debates regarding how to save our planet.  However, what if those weren't the options anymore and one company came up with a plan that seemed fantastic.  Well of course, as the old saying goes...if it seems too good to be true, it probably is and that is exactly what happens in Tim Smit's directorial Debut, Kill Switch.

Pilot Will Porter (Dan Stevens; Beauty and The Beast) gets offered the job of a lifetime.  It means relocating with his sister and his nephew and going to work for a company he knows little about.  At first, he declines but ultimately takes the job hoping to offer his nephew a new start and better opportunity, as the young boy doesn't speak after a traumatic event.  However, it becomes clear the project he is working on hasn't gone according to plan and he must make the decision of life or death in order to save Earth.

Alterplex has announced that they have solved the world's energy crisis and have created an unlimited energy source.  However, not everyone is pleased as it seems their plan included essentially cloning Earth in a parallel universe and sucking the energy from the "echo" back to Earth. Unfortunately, things don't go according to plan and Echo isn't barren as it was supposed to be.  The Echo planet also seems to be sucking energy, and more, from Earth instead of the other way around.  Will must "jump" to Echo to resolve the issue but instead finds Alterplex is the enemy and people rebelling against the corporation.  Will must do the right thing and destroy Echo using a box that essentially works as a kill switch for the whole Echo planet.

While there are a few minor actors in the film, the big draw is Stevens as the lead role.  He does a good job but I think the script isn't up to his level and had he been given more he would have excelled.  Also since Kill Switch is mainly told from Will's first person point of view perspective, we lose Steven's emotional facial expressions much of the time.  Supporting cast members Berenice Marhole (Skyfall) and Tygo Gernandt (BackSlide) offer some drama and tension that the film sorely needs.

The 1080p High Definition video is clearer at some points more than others.  The first person Point of view experienced through a mini cam linked to a computer is purposely left grainy, as it should be.  However, as this aspect is a large portion of the film, it makes the movie seem as though it is of inferior quality.  The DTS-HD master audio 5.1, on the other hand, is excellent in contrast.  The effects can clearly be heard through the side and rear channels which is important in this case since much of the visual is cut off as it would be with a mini cam.  There are only two extras on the Blu-ray disc, which includes audio commentary with director Tim Smit and the visual effects: inside the director's process.  Both are interesting and offer some nice insight.

While the idea for the film is interesting and I can see why the director might choose to shoot it from first person point of view, the movie doesn't gel and never seems to really work.  The point of view aspect makes it look like a cheap video game and the concept is explained in scientific terms that might go over some peoples' heads.  Also, there are whole plot points that are never fully explained like why Will's nephew suffered trauma and what type of treatment he is receiving.