Home / Reviews / The Hobbit: The Desolation of Smaug

Originally The Hobbit: The Desolation of Smaug is the one film Peter Jackson has made in the realm of Middle Earth that I didn’t think needed an extended edition, but now I’ve seen it, I was wrong. 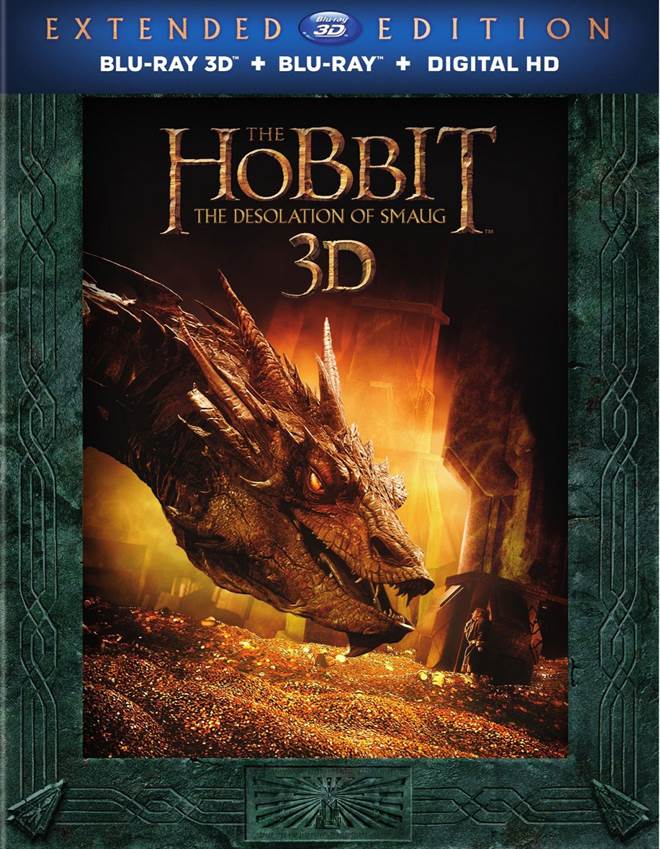 Purchase   DVD/Blu-ray/4K UHD
The second movie in the Hobbit trilogy, The Hobbit: The Desolation of Smaug sees our trusted band of adventurers, Bilbo Baggins (Martin Freeman; Love Actually), Gandalf (Sir Ian McKellen; Xmen: Days of Future Past) and Thorin Oakenshield (Richard Armitage; Captain America: The First Avenger) heading to the Lonely Mountain with the dream of reclaiming their kingdom. Standing between them and the wretched Smaug (voiced by Benedict Cumberbatch) there is adventure, bags of it! The groups quest takes in Mirkwood full of elves and arachnoids, being pursued by a band of orcs hell bent on stopping them by any means possible and finally the ever so corrupt town of Lake Town. All of these events occurring before they even come face to face with a dragon.
Bringing Tolkien's world to life is something Peter Jackson has done remarkably well in the past. While the original theatrical releases won over the plaudits, many wait for the extended editions discs before casting final judgment. The original Rings trilogy was much better with the new and extended scenes added.  And while I was not too keen on the first movie in The Hobbit trilogy at the cinema the extended edition disc certainly made for a better viewing. The Hobbit: The Desolation of Smaug on the other hand was a tale of true get up and go adventuring, that I really did not want to end.  It's probably Jackson most complete to date so I wondered what an extended disc could offer.  Lots!
With three brand new clips and eleven extended scenes, there is a staggering twenty five minutes added to the running time.  None of the extra footage detracts from the storyline.  In fact, it is the total opposite, making the tale a more complete story. There is something about the backdrops Jackson uses for middle earth that makes it stand out more in high definition.  Cliffs, for example, look more daunting while raging white water look oh so cold, and it is even more stunning in 3D. The 3D version of the movie is spread over 2 discs and is very crisp on the eye, mixed with superb audio making for pleasurable viewing.
The five disc set offers a whole host of supplementary material, trailers and features that will take you behind the scenes of movie, giving you an insight to just what goes into making a Middle Earth movie.  The discs include:Originally The Hobbit: The Desolation of Smaug is the one film Peter Jackson has made in the realm of Middle Earth that I didn't think needed an extended edition, but now I've seen it, I was wrong.  I am eagerly awaiting the next instalment in the franchise.  Bring on The Hobbit: The Battle of the Five Armies!
Cast:
Directed By:
MPAA Rating: PG-13

For more information about The Hobbit: The Desolation of Smaug visit the FlickDirect Movie Database. This release has been provided to FlickDirect for review purposes. For more reviews by Paul Kates please click here.

The Hobbit: The Desolation of Smaug images are © New Line Cinema. All Rights Reserved.

Read More The Hobbit: The Desolation of Smaug Reviews

Paul Kates
Peter Jackson once again has shaken his magic staff and brought middle earth to life yet again.
Full Review | Grade: A

Paul Kates
If you are a fan of the previous films, or just a casual traveler into Middle Earth this film is a must see!
Full Review | Grade: A