The Vampire Diaries Season 6 maybe the saddest and bloodiest one so far.  From other worldly prisons, to a new witch/vampire hybrid, the supernatural dimension went into overdrive this year. 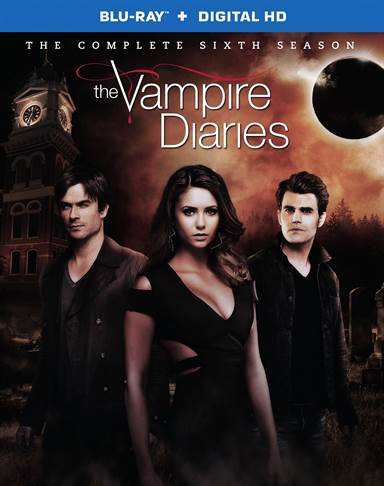 Purchase  DVD/Blu-ray/4K UHD
The Vampire Diaries Season 6 maybe the saddest and bloodiest one so far.  From other worldly prisons, to a new witch/vampire hybrid, the supernatural dimension went into overdrive this year.  Fans said goodbye to four main characters and several new ones that didn't make it through the season.  And, we've met Salvatore's relatives from both the past and the present.

When Season 6 begins, everyone is in crisis as Bonnie and Damon are caught in an alternate universe.  None of the supernatural creatures can enter Mystic Falls because of a spell, and Elena and Stefan aren't really coping with the loss of two of the people they care about most.  The only bright spot seems to be the return of Alaric Saltzman, albeit in vampire form.

As the season evolves, Damon, then Bonnie, come back from the "great beyond", bringing a nasty witch named Kai with them, and the curse over mystic falls is lifted.  Elena, who Alaric compelled to forget her relationship with Damon, tries to fall in love again with him and, the aforementioned Alaric somehow becomes human once more.  The season finale leaves a bloody mess, numerous dead bodies, Caroline questioning her budding relationship with Stefan, and Elena in a deep sleep for the next sixty or so years.

While Season 6 was action packed and emotional, I'm not sure it was the best of all the seasons so far.  It started off strong and really kept me interested, but part of the way through, I found myself getting a little more bored as each episode went on.  Sheriff Forbes' death was emotionally draining, and while I love Stefan and Caroline as friends, I'm not sure I see the romantic chemistry between them needed to make a believable couple.  Nina Dobrev's (Elena Gilbert; The Perks Of Being A Wallflower) exit from the show, though, was handled very well and I believe had the ability to give the fans the closure they were going to need as the season ended.

The Blu-ray set has some fun extras, including the enjoyable gag reel, and a segment which finds the actors reading tweets written by fans as they watched the episodes.  A nice retrospective piece pays homage to the cast members who left this season, with an addendum for Tyler Lockwood (Michael Trevino; The Riches).  Deleted scenes are interesting but don't generally add anything to the episodes from which they were cut.  Interestingly enough, the season also saw the directorial debut of series star Ian Somerhalder (Damon Salvatore; Lost), who did a good job in his first attempt behind the camera.

The 1080p video is sharp and crisp and shows off all the blood in beautiful shades of crimson.  The blacks are clean, which is essential for a show like this.  The DTS-HD Audio 5.1 allows the audience to enjoy the full array of highs and lows, which only serves to enhance those eerie, gory scenes.

It seems The Vampire Diaries is in a state of turmoil going into their seventh season, and it will be interesting to see how the show will fair without its main character.  If Somerhalder and Paul Wesley (Stefan Salvatore; 24) can carry the fan base, then the show may survive.  If not, this season could be their last.

Either way, Season 6 had some good moments and a terrific season finale that fans will want to replay over and over again, making this purchase all the more worthwhile for them.  For the rest of us, I guess we'll just wait until October for Season 7 to begin.  Grade: C+

Download The Vampire Diaries Season 6 in Digital HD/4K from the iTunes store.

Listen to the The Vampire Diaries Season 6 soundtrack on Apple Music.

For more information about The Vampire Diaries visit the FlickDirect Movie Database. 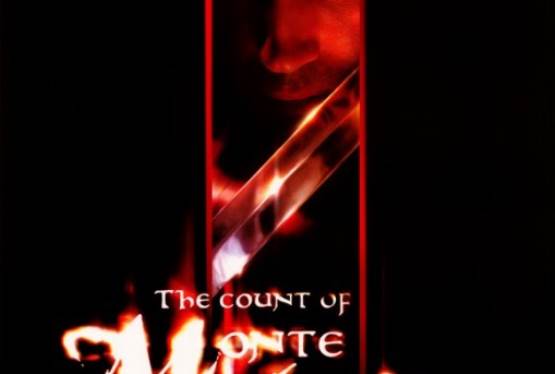