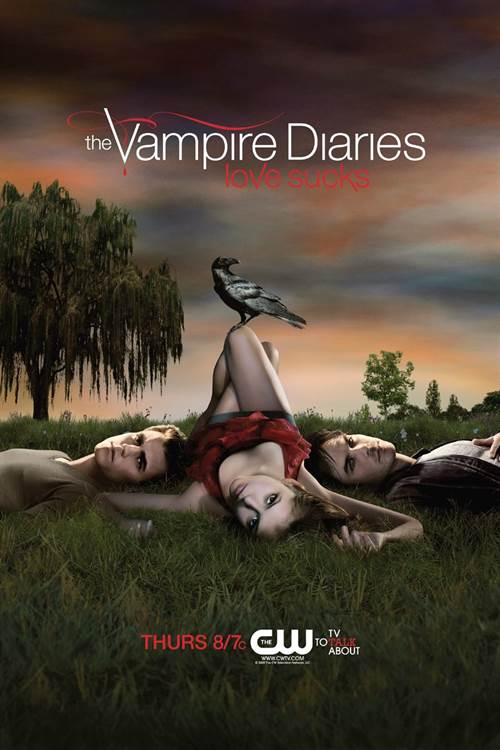 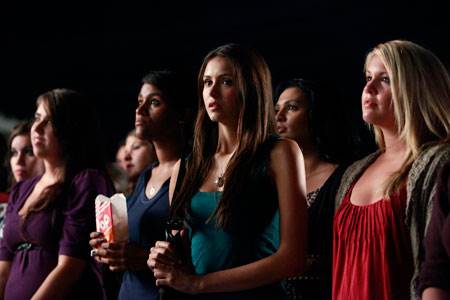 The Vampire Diaries is an American Supernatural-fantasy horror television series. It was originally filmed in Vancouver, but after filming the Season 1 Pilot episode, filming was relocated to Covington, Georgia, to take advantage of Georgia's more competitive tax incentives. The show is based on the book series of the same name by L. J. Smith. The plot revolves around Elena Gilbert, a young heroine who is the object of passion for two vampire brothers - one good, one evil - who are at war for her heart and for the souls of her friends, family and all the residents of the small town of Mystic Falls, Virginia.

Download The Vampire Diaries in Digital HD/4K from the iTunes store.

Listen to the The Vampire Diaries soundtrack on Apple Music.

Nina Dobrev to Return for Vampire Diaries Finale  1/26/2017 4:21 PM EST
Nina Dobrev has announced via Instagram that she will be returning to Vampire Diaries for the series finale.  Along with a photo of the finale script, she wrote, "I know it's Thursday, but this is not a TBT".  Showrunner Julie Plec said in a statement, "I'm thrilled to bring this show to an end the way we always intended - with Nina back to help us say goodbye". Executive producer Kevin Williamson...  More>> 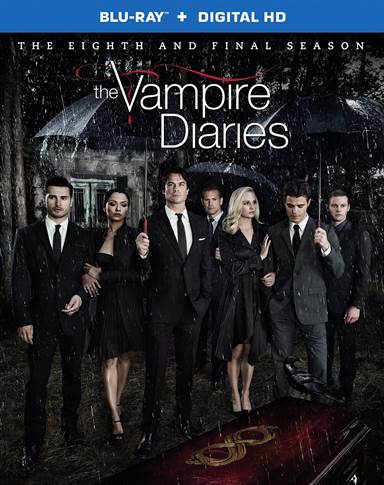 Televisions shows don't always know when their run will end, so often seasons end with the all too familiar cliffhanger that sadly never gets resolved.  Occasionally, they find out before the finale is written so they can tie the series up in a nice little bow and not leave fans hanging.  Rarely does a show know it will end before the first episode of the last season is written but when it does, it allows the actors and production team an opportunity to offer their fans a proper sendoff that is celebrated all season long. Luckily for The Vampire Diaries fans, they had this chance and took full advantage of it.

Season 8 is a 16 episode long journey through the past eight years.  Each episode is titled using a line from an episode of Season 1 in an homage to when it all began. There are cameos from beloved characters we lost throughout the 8 years and special appearances befitting a proper goodbye into the television show archives. Of course, being The Vampire Diaries, there are also cheesy scenarios and plot twists that don't always make a lot of sense but that's part of the fun, isn't it?

As season 8 begins, Damon (Ian Somerhalder; Lost) and Enzo (Michael Malarkey; Raw) are being mind controlled to work for a new, unseen threat.  They have abandoned their loved ones in Mystic Falls to go on a killing spree, always one step ahead of those who would try to save them.  Meanwhile, Stefan (Paul Wesley; Everwood), Caroline (Candice King; Deadgirl). Alaric (Matt Davis; Legally Blonde) and Bonnie (Kat Graham; 17 again) are desperately looking for clues to locate the two rogue vampires.  When we meet this threat named Sybil (Nathalie Kelley; UnREAL) in Episode 2, we discover she is only one of their worries.

Sybil is a Siren and, along with her "sister" Seline (Kristen Gutoskie; Containment), they serve the devil himself, Arcadius "Cade" (Wole Parks, Man Down) in feeding him the souls of those deserving to rot in hell (literally).  Throughout the season, we see the group try to find a way to break free Cade's control on Damon, Enzo, and eventually Stefan, and ultimately defeat him.  Of course, the ending twist is when it is revealed who takes Cade's place as the devil.  While I won't give it away, I will say it is a "full circle" moment for the show and the characters and the last episode ties everything up in a nice, neat, little bow.

The acting is exactly what we have come to expect from these actors the last 8 years and they stay true to form.  The various directors, including Somerhalder, Wesley and series creator Julie Plec (The Originals), seamlessly move from one episode to the next without losing the feel of the season.  The various cameos are a stroll down memory lane and is a great way to reminisce with fans while creating a sense of nostalgia.  The plot and dialogue get a little cheesy at points but the overall sentiment and concept work.

The Blu-ray is presented in 1080p high definition video with an aspect ratio of 1.78:1, making the picture really pop despite the muted tones typically seen on the show.  The special effects (mostly fire) are ok and done well enough to serve its purpose.  The DTS-HD Master 5.1 audio is pretty much what one would expect with the dialogue fully encompassing the center channels. The combo pack has some terrific extras including 2016 Comic Con panel discussion, deleted scenes, a PSA for Georgia, and, the best part, a look at the last days on the set of the show with speeches and laughter and tears and some silly string.

From monsters, including the devil himself, to special appearances from cast members dating back to season one, this final season is a treat.  It also helps that they got Nina Dobrev (DeGrassi) to reprise her role as Elena/Katherine to finish the series out in style.  With a nod to the past 8 years and a decent enough plot, The Vampire Diaries: The Eighth and Final Season is chock full of goodies. Anyone who considers themselves a fan needs to own this disc.