Arrow:  The Complete Fourth Season is a must-own as they have created a genius masterpiece with Arrow and the other DC series on television today. 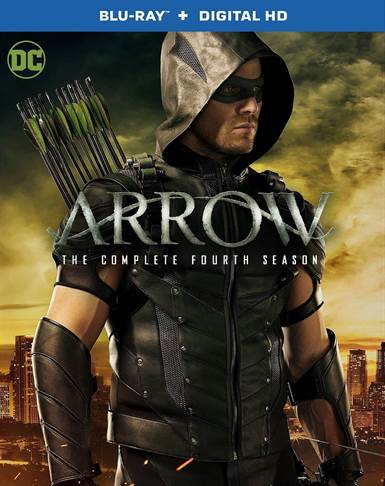 Purchase   DVD/Blu-ray/4K UHD
What is better than watching a rugged, handsome hero fighting bad guys to save his city?  Absolutely nothing! In the Fourth Season of Arrow, Stephen Amell, who plays reformed playboy Oliver Queen/Green Arrow, goes up against a new villain who has arrived in Star City, Damien Darhk (Neal McDonough; Suits).   Darhk wants to control Star City, and although his plans are presented vaguely, at best, it doesn't make a difference because the drama he creates in Star City provides viewers with enough dialogue and action to make up for the lack of specific detail of why he wants Star City under his control.

Season four starts off unlike the previous season, instead of an action packed opening scene, we see Oliver Queen and his finally girlfriend, Felicity Smoak, living a comfortable "country" life outside of Star City- almost like a fairy tale vacation.  But, alas, Arrow is not a fairy tale and soon we are back in the action of saving Star City.

While Darhk has magic to help him along and his H.I.V.E., Arrow's writer's don't forget about the ever present Malcom Merlyn/Dark Arrow/ (John Barrowman, Doctor Who and Torchwood), who is forever making deals to help the Green Arrow because of Meryln's daughter Thea, and then making a huge u-turn and betraying the Green Arrow at every opportunity.   Glimpses of his human side are given every time Merlyn insists that his betrayal is because he loves and is trying to protect his daughter, Thea, but we all know the truth.  The fact that our villain is uncharacteristically handsome and has an apparent gleam in his eye every time he betrays Green Arrow, makes him the epitome of the character we keep rooting for to show up in the next episode.

Merlyn and Darhk aren't the only villains present this season.  New and old villans appear – some super villains and some human.  Arrow's crossover event with it's brother series, The Flash, introduces viewers to heroes Hawkgirl (Cierra Renee;  The Secret Life of the American Teenager) and Hawkman (Falk Hentschek; Reckless) and villain and immortal, Vandal Savage (Casper Crump; The Legend of Tarzan).   This is a clear set up to grab viewers for the DC: Legends of Tomorrow series and works brilliantly.  It doesn't hurt that the bonus material on the Blu-ray includes featurettes about Hawkgirl and Hawkman and a story line about Vandal Savage.

Other bonus features are unique to the Blu-ray.  While selecting an episode to watch, one can click on a "scissor" icon to view unaired scenes for that episode.  No background music and no sound effects make these scenes unique, rather than simply watching deleted, finished scenes.  In addition, deleted scenes can also be viewed together in the bonus materials at the end of the Blu-ray, in the traditional way shown.   Gag reels and Comic Con views are included, as well as a Get-To-Know_Damien Darhk feature.   Providing the background of the villain makes Damien Darhk more interesting to the series than just a villain who appears out of nowhere.

The Blu-ray is presented in 1080p AVC encoded high definition video with a 1.78:1 aspect ration.  The quality is excellent and the colors are sharp and vibrant when needed and dark but clear during fight scenes or foreshadowing.  The lighting difference between the happy home made by Felicty and Oliver in the beginning is a clear contrast to Star City when fighting villains.  The audio is DTS Dolby Digital, in which the dialogue is not only clear and crisp but the sound effects enhance the scenes instead of overpowering.  The music score sets the tone, supporting the storyline rather than taking it over, like so many scores do to the shows.

Arrow's storyline has many characters coming and going, and some this season are particularly sad to see go, but the storylines are consistent and there is never a need to look back at a prior episode to try to fill in the blanks.  The writers know exactly how much detail to provide without overwhelming the viewer.  Even the flashbacks of Oliver in Hong Kong and back on the island has a flowy feel to it – as if you are getting all the information you need for that particular moment of the show.  It's almost as if you have no real need to know everything all at once that happened to Oliver while he was gone for five (5) years, before he became Arrow/Green Arrow.   This presentation and writing has been consistent with all seasons of Arrow and makes this show easy to sit back to relax and watch- even with all the action packed scenes.

The writers also bring a sense of humor to the show.  Real emotions between Oliver and Felicity are present, as well the undertone of their relationship.  Father-daughter conflicts are recognizable, and the human emotions between all the characters – throughout the drama and the humor- are real and relatable.  Despite that this is a show about a Superhero going around a city with a group of other Superheroes, flinging arrows at bad guys without the police arresting them, you can find yourself nodding in agreement at the interactions between the characters.

Season Four shows Oliver Queen vulnerable – more so than usual- because of his relationship with Felicity Smoak.  Running for Mayor so he can save his city out in the open causes major issues for our favorite archer.  Love, betrayal, and trust issues punctuate this season – and while we all want our hero to save the day, sometimes it's clear that he's just too late.  Nonetheless, as a viewer, all can be forgiven for this man who just wants to save his city.

Arrow:  The Complete Fourth Season Blu-ray is a must-own.  While Warner Brothers was wise to procure Harry Potter (can you spot the Harry Potter reference made by Oliver Queen in Season Four?), they have created a genius masterpiece with Arrow and the other DC series on television today, especially with the cross-over storylines.   Arrow is a series for every generation, and I have to commend Warner Brothers on keeping the series clean for younger individuals. I don't recall hearing any profanity or overt sexual references, nor do you see any inappropriate sexual content in the series.  This is definitely a show that the whole family can sit down and watch together.  Yes, there is a bunch of bad people getting killed- but that's what Super Heroes do – and it's acceptable in the context of what the Green Arrow is trying to do.

Rating:  Definitely an "A".  I cannot wait to see what new characters or shows DC has in store for us in the upcoming seasons.  I especially can't wait to see what happens to Oliver Queen and his friends in Season 5. Five Stars.  Six, if I could.

Download Arrow: The Complete Fourth Season in Digital HD/4K from the iTunes store.

For more information about Arrow visit the FlickDirect Movie Database. This release has been provided to FlickDirect for review purposes. For more reviews by Jennifer Broderick please click here. 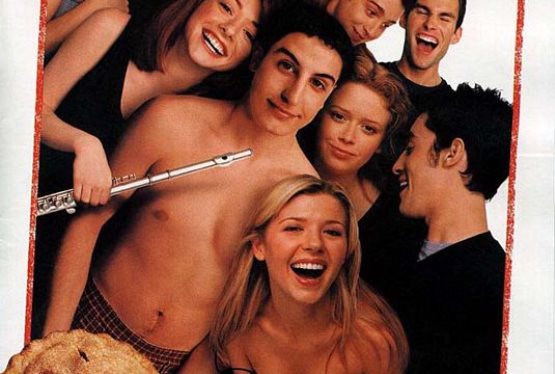