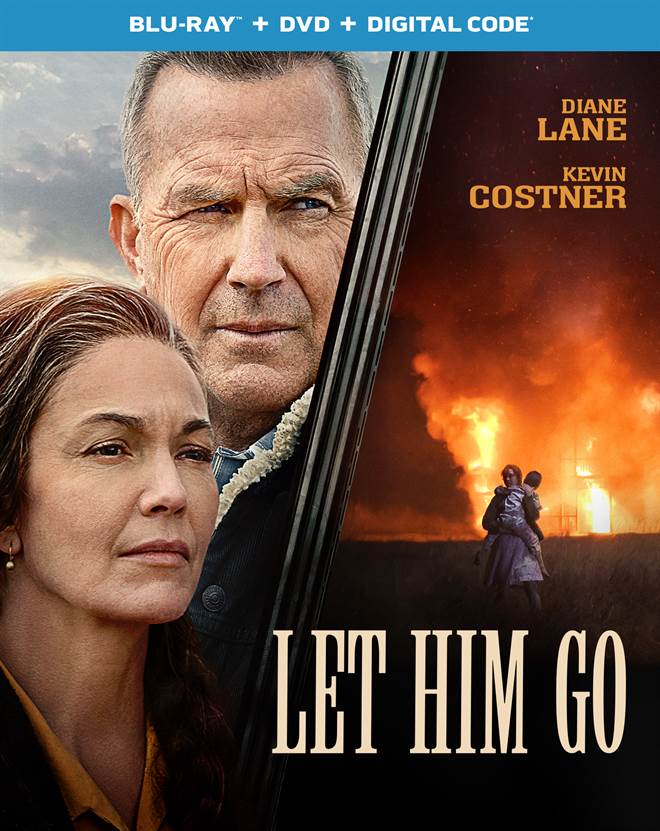 When writer/director Thomas Bezucha (The Family Stone) read Larry Watson's novel entitled, Let Him Go, he knew he wanted to make it into a movie.  With rich, complex characters and a gut-wrenching story, Bezucha brought his expertise to this neo-western, thriller and guided an all-star cast through a physical and emotional journey.

Though the original release date was pushed back due to the pandemic, the film had a decent box-office in its first week in theaters this past November.  It also received mainly positive reviews from critics and audiences helping its gross earnings.  This week, Focus Features is releasing Let Him Go for sale on Blu-ray, DVD, and Digital HD.

The year is 1963 and the Blackledge family are happily living together.  The parents, George (Kevin Costner; The Bodyguard) and Margaret (Diane Lane; Unfaithful) share their home with their son, James (Ryan Bruce; Blackstone), his wife, Lorna (Kayli Carter; Mrs. America), and their son, Jimmy.  However, when one of their horses comes back riderless, George goes out looking for James, only to find he was thrown from the horse, broke his neck, and died.

Three years later, Lorna marries a man named Donnie Weboy (William Brittain; Kong: Sull Island) and she and Jimmy move in with Donnie.  One afternoon Margaret sees them walking along in town when Jimmy accidentally drops his ice cream.  Margaret sits in her car in horror witnessing Donnie hitting both Lorna and Jimmy.  Concerned, she tries to go and visit the family only to find out they have moved to Donnie's family in North Dakota without even saying goodbye.  Upset and worried, Margaret convinces George to drive out there to try and find the family.  What they find is a family of angry, grown men lead by their mother, Blanche (Lesley Manville; Phantom Thread), and a frightened Lorna and Jimmy.

Bezucha's screenplay is subtle at moments and boisterous at others with characters that are fully fleshed out and interesting.  However, let's face it, this is 100% the Diane Lane show.  Though Costner and the supporting cast are very good, Lane is the star here.  She sculpts Margaret's softer side, showing her caring for horses and baby Jimmy yet, fearlessly stands up to a woman who would threaten that same baby's life.  Costner is well cast as the retired sheriff playing opposite of Lane and Manville serves up a dose of hillbilly punishment that makes the audience instantly want to hate her.

The Blu-ray is presented in 1080p high-definition video quality with a 2.39:1 aspect ratio.  While the picture is clean, it is somewhat difficult to catch the details as the movie has very dark lighting and the color palette is muted.  The DTS-HD Master Audio 7.1 fairs somewhat better with crisp dialogue and a surround sound music bed.  The Combo pack offers the Blu-ray disc, the DVD disc, and a Digital HD code.  The Blu-ray has less than fifteen minutes of extras which was a little disappointing.  The featurettes include:  The Making of Let Him Go, The Blackledges: Kevin Costner and Diane Lane, and Lighting the way: Thomas Bezucha.

Let Him Go is a drama that can be depressing and infuriating.  Margaret, losing her son and watching helplessly as her grandson tries to cower away as he is being hit is emotionally devastating.  Yet the urge to beat Blanche to a pulp makes you want to scream from frustration.  Blanche is a horrible person.

Let Him Go literally and figuratively pulls no punches which makes it hypnotizing while being difficult for most people to watch.  By the end, the viewer feels angry, drained, sad, and fulfilled as those who should, get what they deserve and a few who don't, end up not surviving.

For more information about Let Him Go visit the FlickDirect Movie Database. This release has been provided to FlickDirect for review purposes. For more reviews by Allison Rose please click here.

Let Him Go images are © Universal Pictures. All Rights Reserved. 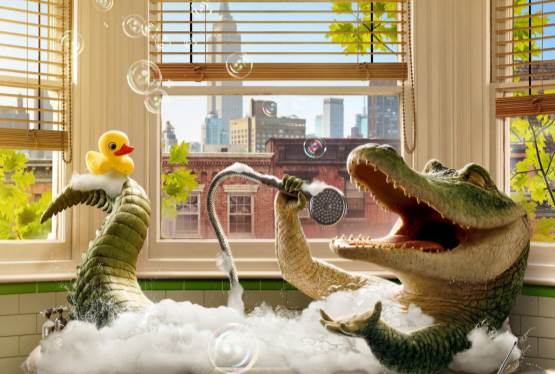