Watch:   Disc |  Digital HD
Even for fans of "extreme tourism," spending an afternoon in a deserted city surrounding the Chernobyl nuclear power plant hardly sounds like a jolly holiday. Within minutes of setting off with shady tour guide Uri (Dimitri Diatchenko), four American twenty-something tourists and two European backpackers are in for more than the promised two-hour visit. Yes, they get stranded there, a la Gilligan's Island's "three hour tour." Only rather than an island paradise, it's a creepy ghost town reeking with radiation.

Despite an unlikely setting and a moderately intriguing premise, Chernobyl Diaries proves to be a generic horror flick where young tourists are systematically victimized in unoriginal and not terribly scary ways. There are a few jolts, but no real surprises in this predictable thriller, co-written by Oren Peli, who did a far more effective job of scaring audiences out of their wits with Paranormal Activity. Perhaps he should stay confined to Southern California suburbs instead of exploring the site of foreign nuclear reactor disasters.

Paul (Jonathan Sadowski) is an American living in Kiev for reasons that go unexplained. His brother Chris (Jesse McCartney) has come to visit him, along with Chris's girlfriend Natalie (Olivia Taylor Dudley) and her pal Amanda (Devin Kelly). The cocky Paul persuades the others to postpone their visit to Moscow and instead check out Chernobyl, where in 1986 one of four reactors exploded, triggering history's worst nuclear disaster. They foolishly agree.
At first, their jaunt is simply eerie. Then they pop inside an abandoned building, hear some clatter and a large bear rushes past them. Burly, with markedly lustrous fur, it hardly looks like an animal living in nuked-out toxicity.

Jittery and shaken, they joke about ending up as bear bait. But there are worse fates in store for them. Uri's dilapidated van won't start, , forcing the travelers to spend a frightening night within its confines. And the Russian guide proves useless. Soon, the travelers are heading out into the scariest dark corners and risking rising levels of radiation. A host of creatures menaces them, including wild dogs that appear remarkably well-groomed, a mutated fish, a luridly pale child seen only from the back and some hairless, zombie-like irradiated folks. The clichéd dialogue offers some laughs, as do far too many groan-inducing, stupid decisions that only further doom their journey. Those inane choices make it nearly impossible to become emotionally invested in the fates of these imprudent young tourists.
On the plus side, most of the violent attacks happen off-camera. But we do get some nasty up-close-and-personal shots of the after-effects.
If bloodied body parts don't disgust sufficiently, the shaky hand-held camera is bound to induce nausea in viewers. The sick sensation it produces seems disturbingly appropriate for a movie set at ground zero for radiation contamination.

On Blu-ray the film benefits from the transfer. The eerie locales the film is centered around are more so, finding a sharpness that perhaps wasn't there while it was in the theaters. Audio wise, there isn't too much to say. Given this a movie more about shouting than large scale explosions, you certainly get your money's worth, but that's about it. Only a few extras are here: a faux infomercial hosted by the Russian tour guide Uri, a look at the real Chernobyl and the events behind the tragedy, one additional scene and an alternate ending.

Chernobyl Diaries is another shaky camera film making use of the "irradiated creatures" genre without adding anything new to it. Rather it stands on the shoulders of a horrific time in history and unsuccessfully attempts to tell a fictional horror story about it.


Purchase your copy of Chernobyl Diaries today at

Download Chernobyl Diaries from the iTunes Store in Digial HD. 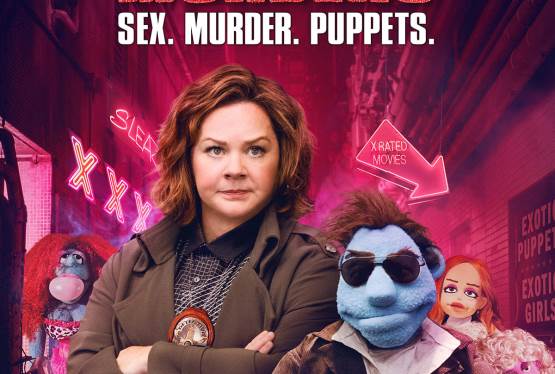