Finding Nemo is many a Pixar fan's favorite studio film, and rightfully so! DVD/Blu-ray/4K UHD
Cars is typically labeled Pixar's most divisive film, but it's actually Finding Nemo that draws the widest and most passionate range of responses. Still, the years have indeed been kinder to the film's surprisingly viable animation than its beached-whale script and, beloved or no, Finding Nemo isn't the ultimate Pixar experience it once was. It's merely one of the famed animation studio's early delights, and a funny, exciting and memorable one at that.

When a young clownfish named Nemo (voiced by Alexander Gould) is captured by a Great Barrier Reef diver and imprisoned in a fish tank in far-away Sydney, Australia, his hyper-protective father Marlin (Albert Brooks) sets out to get him back, whatever the cost. Along the way, Marlin reluctantly enlists the help of Dory, a blue surgeonfish with chronic short-term memory loss, and a number of new friends, among them a group of current-surfing sea turtles, an enormous whale and even a trio of semi-reformed sharks. Nemo, meanwhile, is placed in a dentist-office fish tank where he makes a few new friends of his own: moorish idol Gill (Willem Dafoe), blowfish Bloat (Brad Garrett), yellow tang Bubbles (Stephen Root), starfish Peach (Allison Janney), Pacific cleaner shrimp Jacques (Joe Ranft), royal gramma fish Gurgle (Austin Pendleton), and blacktail damselfish Deb (Vicki Lewis). With everything on the line, Marlin has to track down his son and Nemo has to find his way to the sea, where his father will hopefully be waiting.

Pixar's wizards of anthropomorphism are powerful sorcerers, and the magic they conjure here is as wondrous and heartfelt as ever. Every fish, shark and turtle is a memorable character in its own right, Marlin and Dory are still two of the studio's most lovable leads, Mr. Ray and the Reef locals are a colorful cast of eccentrics and working Joes, Bruce and his fellow sharks nearly steal the entire movie, and only the film's humans are shortchanged in any way. Even when Nemo's journey in the tank threatens to distract and detract from Marlin and Dory's far more engrossing quest, Gil and the Tank Gang keep things light, lively and clever enough to stay the course. More ingenious perhaps are the creatures director Andrew Stanton and his talented team don't grant human characteristics. No speaking role for one of the film's unsung heroes, the whale, who's more of a silent, benevolent deity of Biblical proportions than anything remotely human. No personality for the anglerfish or jellyfish masses either. Deprived of faces, voices and relatable motivations, the deadly beasts are suddenly that much more dangerous and frightening. And never before has the word "mine" accomplished so much with so little and brought as many laughs to a room as it does when squawked by Pixar's hilarious flock of seagulls.

But even the best underwater friends and foes would be nothing without a compelling world to inhabit, and Finding Nemo's endless ocean remains a thriving, fully realized realm that's as much a character as Marlin or Dory. Even some ten years after its creation -- ten years of animation advances, ten years of technical strides, ten years of computer- generated mastery -- the film's water effects are wholly immersive. Fish don't float on screen, they float within a body of oh- so-convincing water teeming with the tiniest particles, creatures, reflections of light, shifts in the current, rising bubbles and settling sand. Clearly it would pale in comparison to what Pixar could achieve in 2012, mind you, but that shouldn't take away from everything the artists and animators were able to pull off in 2003. Add to that the beauty of the coral reefs, the guts of a sunken ship, the rush of riding a current, the subtlest movements of Marlin and his companions...of Pixar's first six films, Finding Nemo's animation has best withstood the test of time. There's still a lot to love in Nemo and very little to complain about. It says quite a lot when the studio's most recent productions -- Cars 2 and Brave -- have such trouble topping a fan- favorite film ten years past its prime.

Finding Nemo is many a Pixar fan's favorite studio film, and rightfully so. Is it the ultimate Pixar powerhouse of choice, not really but you can see what draws so many people, young and old, deeper and deeper into its underwater adventure. Thankfully, Disney's Blu-ray release is a lot tougher to criticize thanks to a stunning video presentation, a top tier surround track, and a treasure trove of special features, many of which are new to this release. With the holiday season fast approaching, be sure to add Finding Nemo to your collection, cart or wish list. It'll be one of the few purchases you can almost guarantee you and your family won't regret.

Purchase your copy of Finding Nemo today at

Download Finding Nemo from the iTunes Store in Digial HD. 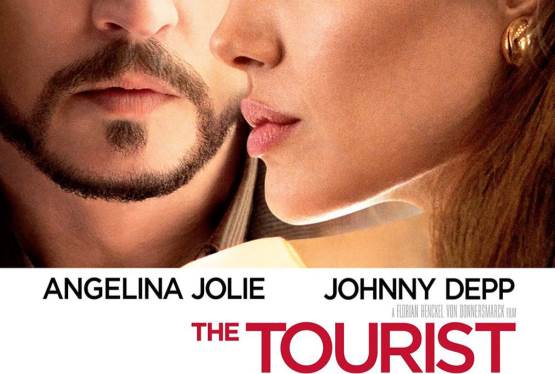