The Last Vermeer is well worth your viewing time. It’s a little slow getting started, but once it gets going, it’s one surprise after another. 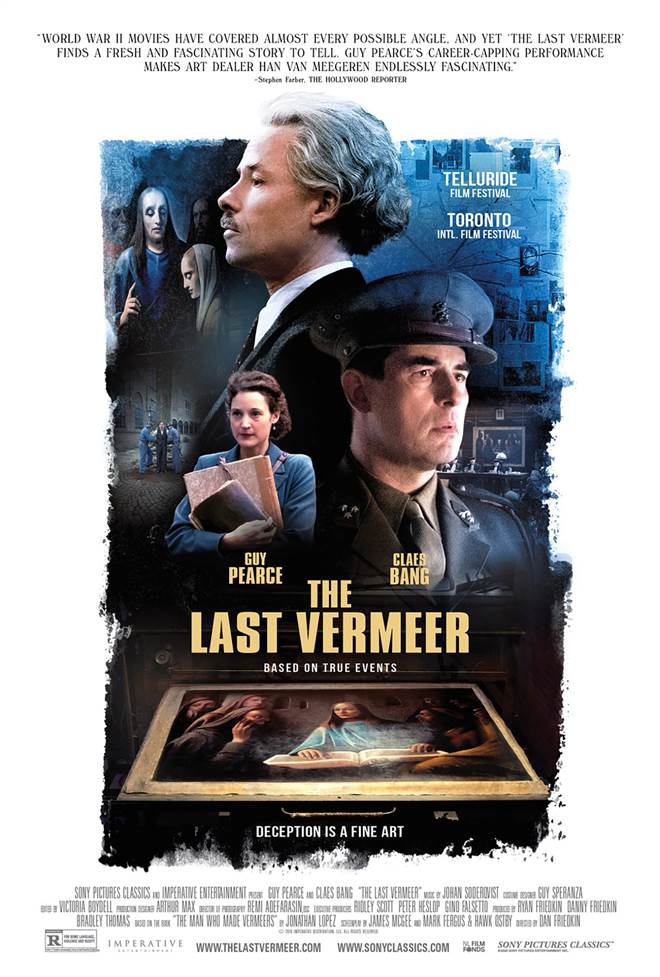 Just when you think every interesting story about WWII has been told and retold, along comes another, and this one as compelling as any that came before. "The Last Vermeer", is a tale of mystery, of Art Fraud, and the weeding out of Nazi collaboration at the end of the war. It's also a gripping courtroom drama with twist after twist and a totally unexpected ending. On top of that, it's an absolutely true story.

I like how these sorts of tales get discovered and exposed. It adds to our world knowledge, educates us on how truly ingenious and creative some criminals can be, and displays how even the best of us can be taken for a ride.

Unlike most war movies that rely on the use of battle scenes or flashbacks of gruesome images to relate the gravity of their story, this film utilizes only two individual scenes of execution to get the seriousness of the narrative across, and it's striking in the way those images will stick with you. For that matter, I found myself thinking about this film, long after I'd seen it.

Here's The Storyline...
The film begins in Amsterdam three weeks after the fall of Hitler, when Nazi collaborators are being exposed, adjudicated, and executed in public view by firing squad.

A railroad car belonging to Hermann Goering is discovered hidden in a salt mine. Among the stolen treasures found inside, is a painting by renowned artist Johannes Vermeer called "Christ and the Adulteress" which was sold to him for the enormous sum of 1.6 million gelders. The Allied provisional government wants to know, "Who sold it to him?" and "Where did that person get it?" These are crimes punishable by death.

Joseph Piller (Bang), a Dutch Jew who had been working with the Resistance, is assigned the task of identifying and redistributing stolen art. His hunt regarding the Vermeer painting leads him to the flamboyant painter Han van Meegeren (Pearce), who is being accused of collaborating and selling stolen artwork to high-ranking Nazis. However, the further into the case Piller gets, even with mounting evidence, the more he becomes convinced that van Meegeren is innocent and he soon finds himself drawn into the uncomfortable position of fighting to save the man's life.

Director Dan Friedkin creates a beautifully sumptuous recreation of the period and fills the screen with the waterways and small streets that make Amsterdam the charming city it is. He manages to tell his tale with a strange knowledge of the times never letting his direction overwhelm the story.

However, it's Guy Pearce who steals the show with one of the greatest performances of his career. He creates a character whose eccentricities and ornately groomed eyebrows, which are unforgettable, suggest a state of permanent surprise and unquestionable superiority. He almost eclipses the main performance of Claes Bang, who was brilliant in the film "The Square".

My take..."The Last Vermeer" is well worth your viewing time. It's a little slow getting started, but once it gets going, it's one surprise after another.

Allison Rose
It is Pearce’s performance that makes The Last Vermeer as interesting and entertaining as it ends up being.
Full Review | Grade: B