The Meg Is a fun, end of summer ride. 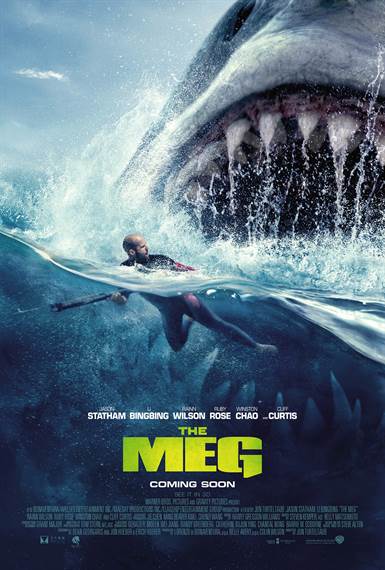 Purchase   DVD/Blu-ray/4K UHD
First, we had a giant lizard and then came a gigantic gorilla and now we have a gigantic Shark.  Yes, you read that right… one, big ass shark with a whole lot of teeth. Meet Megalodon, or the Meg for short, a prehistoric sea creature thought to be long extinct. Only it isn't and now it has made its way to the surface and is ready to terrorize every living thing in the water without discrimination.  The Meg starring Jason Statham (The Transporter) is this year's mid-summer action/sci-fi offering from Warner Bros. that is at various points intentionally or unintentionally funny, action-packed and somewhat heartwarming making for an entertaining evening at the movies.

Three years ago Jonas Taylor (Statham) attempted a deep sea rescue to bring back the crew of a disabled nuclear submarine. While searching the sub he and his team felt something bang into the side of the ship thwarting their rescue efforts and leaving Jonas no choice but to leave his crew in the sub to die.  He has never done a dive since that day until his ex-wife ends up in a disabled underwater vehicle 11 meters down.  While no one believed him three years earlier but they now have seen the proof that he was right.  There was a huge beast deep under the water and they have awoken a sleeping giant.

With the rescue mission fairly successful and Jonas vindicated he is ready to go back to his quiet, simple, drunken life in Thailand.  However, that plan is put on hold when The Meg – a warm water creature – appears in the colder waters of their underwater research lab near China.  This giant shark is out for blood and threatens everything in its path including killing members of the research team.  Jonas and the scientists must find a way to kill Megalodon (Meaning "Big Tooth" for those that were curious) before it can take any more human life.

Statham is well at home here as the brooding and broken deep sea dive master who damaged by his failed attempt.  However, we also get to see his soft underbelly as he jokes with the adorable eight-year-old daughter, Meiying (Shuya Sophia Cai; Somewhere only we know), of researcher Suyin (Bingbing Li; Transformers: Age of Extinction). Li is good as well as a scientist who is herself "broken".  The supporting cast of Rainn Wilson (The Office), Cliff Curtis (Whale Rider), Ruby Rose (John Wick: Chapter 2), Winston Chao (Road to Dawn), Robert Taylor (The Matrix) and Page Kennedy (S.W.A.T.) are all very good but Cai steals every scene she is in not only because she is a cute child but because your dialogue is sassy, mature and often funny.

Most of the special effects are well done with the Meg drawn with layers and texture as to make it believable.  However, there are a few scenes which look terribly fake though they are few and far between.  The sea life and vegetation of the sea floor are vibrant and stunning amidst a blackened canvas creating a striking contrast.  The wide shots of the vast ocean are immense but some of the close-ups with the cast in the water don't look convincing.  It's a mixture of good and bad visually.

The Meg isn't going to win any awards but for an entertaining evening out you could do worse; It is a fun, end of summer ride. Of course, the scene where Statham is half-naked and wet had my attention (you may say I am objectifying the male body but I prefer to think of it as appreciating an individual who obviously takes pride in maintaining his athletic physique). Regardless, it had a few jumps, a few laughs and a couple of underwater chase scenes that reminded me of any decent movie car chase.

Purchase a DVD/Blu-ray/4K UHD physical copy of The Meg today at Amazon.com

Download The Meg in Digital HD/4K from the iTunes store.

For more information about The Meg visit the FlickDirect Movie Database. For more reviews by Allison Rose please click here.

The Meg images are © Warner Bros.. All Rights Reserved.

Read More Reviews For The Meg 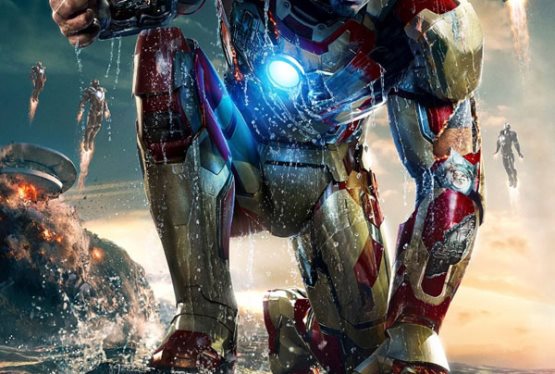