Home / Reviews / Rita Moreno: Just a Girl Who Decided to Go for It

Rita Moreno: Just a Girl Who Decided to Go for It (2021) Theatrical Review

See this one, you’ll enjoy it thoroughly. 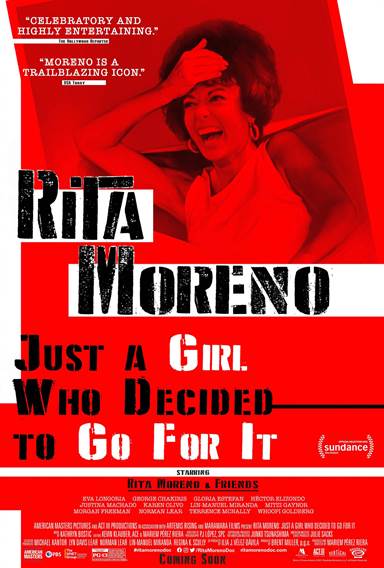 Rosa Alverío was born in Humacao, Puerto Rico, in 1931. She moved with her divorced mother to New York City in 1936 and began her career at the tender age of six as a Spanish Dancer in Greenwich Village Nightclubs. She's had a long and exciting life filled with ups and downs and at 89 years of age is still a strong and vibrant performer.

We know her better as Rita Moreno, the actress, dancer, and singer whose amazing career spans 70 years. She was awarded the Kennedy Center Honor for lifetime artistic achievement in 2015 and is one of the few performers who have ever earned an EGOT (Emmy, Grammy, Oscar, Tony), the ‘Holy Grail' for anyone in the entertainment business.

She has beaten the odds of a humble upbringing, relentless racism, intolerable sexism, abuse, and personal struggles to open the doors of success for herself and dozens of other Latin performers; she has become a true National Treasure.

This wholly fascinating and entertaining Documentary is her story, told through her and by her with humor, pathos and with her great verve storytelling ability. It's an in-depth glimpse into her life with few punches held back.

The Story…is as advertised, a winsome, sometimes sobering, frank look back into the life, romances, and work of this remarkable artist. It's also a tale of Hollywood and its crushing stereotyping of ethnic minorities that failed to recognize their copious talent and the struggles she and other Latinos faced to overcome it.
Unlike most documentaries of this kind, if there is one, "Just a Girl Who Decided to Go for It" is absorbingly pleasurable to watch, filled with fun film clips and interesting conversation. As you might know, Ms. Moreno has appeared in such films as "Singing in the Rain", "The King and I" and "West Side Story" (for which she became the first Latino to win an Oscar), as well as a six-year stint on the children's television series The Electric Company, a six-year stint as Sister Peter Marie Reimondo on the HBO series "Oz", and on stage as Googie Gomez in "The Ritz". All of these fine performances are represented.

As to the little know romance stories, she doesn't shy away from any of them, not even her 7 year, toxic relationship with Marlon Brando. Her whole life is here, perfectly represented by herself. It's like everything else she's done, presented with all the love and talent she has to give, all the way, always.

My Take: See this one, you'll enjoy it thoroughly.

Download Rita Moreno: Just a Girl Who Decided to Go for It in Digital HD/4K from the iTunes store.

For more information about Rita Moreno: Just a Girl Who Decided to Go for It visit the FlickDirect Movie Database.

Read More Reviews For Rita Moreno: Just a Girl Who Decided to Go for It 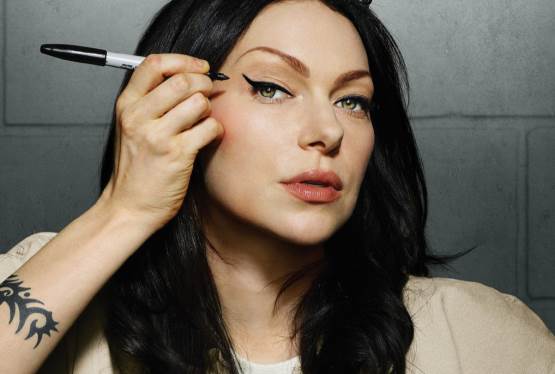