The Amazing Spider-man is only very good for the die-hard 'Spidy’ fan. 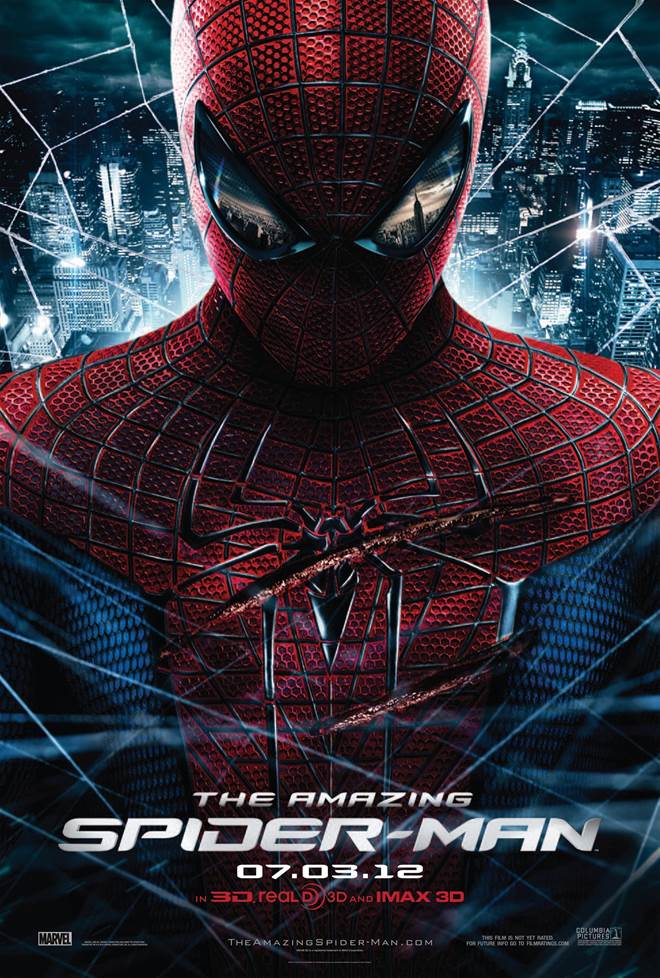 The production of The Amazing Spider-Man makes it a standout in visual acuity but misses its mark in originality and thrills.  That aside, it's still a must-see for hero worshipers, action seekers, and Marvel comic book fans.

To give the best review possible, I took out my DVD of Spider-Man, which was released in 2002, starring Toby Maguire as the web-slinging superhero.  Well, to start with, they haven't changed Peter Parker's name holding true to the original comic book.  The Peter Parker in each film (both) are being raised by their Aunt May and Uncle Ben in New York City.  On a field trip, a spider in a lab bites 2002's Peter. The new Peter gets bitten in a lab also (but it's because he's tracking down a lead from his father's scientific mission rather than a school assignment).  When we meet both Peter's they are in High School and are being bullied.  Both have an interest in a classmate but have not been able to attract her because she has the bully for her boyfriend.

This, however, ends the obvious similarities so that leads me to the differences. While in the first movie Peter Parker was orphaned, his parents have abandoned the new Peter Parker taking the story in a moderately different direction. In the 2002 version, Peter's love interest is Mary Jane Watson. In the new version, her name has been changed to Gwen Stacey although both are blonds. Kirsten Dunst was 19 years old when she played Mary Jane in 2002, while Emma Stone at 23 plays Gwen Stacey, however, are supposed to be High School teens. Spider-Man shoots his webs from a device invented by Peter (2012) while Peter 2002 has the mechanism caused by the spider bite.

I could go on and on, but the important thing here involves whether the 2012 version of Spider-Man ‘gives' enough to call it different.  Will you not come out of the theatre thinking you've been ripped off with a remake?  I know I felt disappointed, even if the storyline involves a different kind of evil adversary, it's updated to modern-day and it tends to be closer to the original graphic novel.

I am a big fan of the first Spider-man although I must admit the lizard man in the 2012 model's a bit scarier, CGI enhanced, and way more creative than the Green Goblin.  That said, however, what would the original Spider-man be without the evil scientific genius that turns New York City upside down (oh, sorry about that, the lizard man's an evil genius also).  As for Peter's love life, give me Kristin Dunst any day.  Actually Stone looks too old to be a high school teen and there's really no chemistry between her and Andrew Garfield.  The relations between Stone and Garfield look cold and happenstance rather than cool and predestined (yeah! Dunst and Maguire).

Therefore, even with the awesome production in IMAX 3D, The Amazing Spider-man just doesn't cut it for me.  If you want to relive the making of a superhero, then grab the Blu-ray of Spider-Man, find the best digital TV you can, invite some friends over and party down.

The Amazing Spider-man has been rated PG-13 for sequences of action and violence. If you have never seen the 2002 version of the film then this one should blow you away, especially if you see it in IMAX 3D.

The Amazing Spider-Man images are © Columbia Pictures. All Rights Reserved.