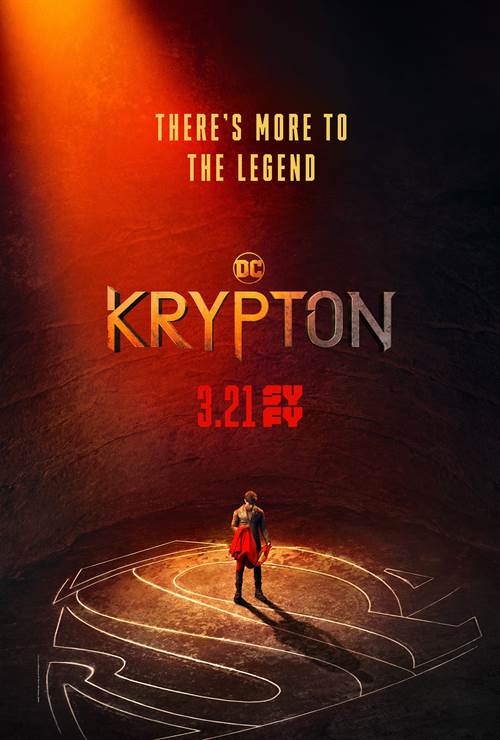 From David S. Goyer (Man of Steel, The Dark Knight) comes a new story that will change a legend and forge a destiny. Set two generations before the destruction of the legendary Man of Steel's home planet, Krypton follows Superman's grandfather (Cameron Cuffe) - whose House of El was ostracized and shamed - as he fights to redeem his family's honor and save his beloved world from chaos.

Stream Krypton in Digital HD/4K from the AppleTV store. 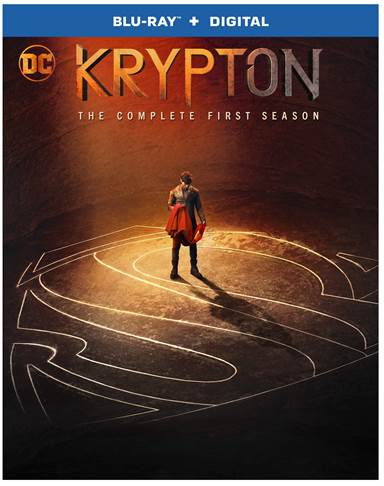 We all know the story behind Superman.  As his home planet of Krypton was being destroyed, Kal-El's parents placed him in a rocket ship that crash-landed on earth and he was raised by the Kents.  We've seen his story and his backstory portrayed on television and film numerous times over but what about his back, back story?  What of his grandfather, great-grandfather, and great, great grandfather?  What was life like for the people who came before Kal-El as they carried on the legacy of the El family name?  SyFy's new series, Krypton, explores these, and other, questions while offering a heavy dose of drama, tension, and action along the way.

Seg-El (Cameron Cuffe; Florence Foster Jenkins), Superman's grandfather, lives in the city of Kandor on Krypton.  Kandor is a theocratic society where the El Family once lived "the good life" amongst the Gilded but who has since fallen from grace and now live below with the rankless.  However, Seg is in love with Lyta-Zod (Georgina Campbell; Broadchurch) who is a member of the Kryptonian army.  Their love is forbidden as Seg has been promised to Nyssa-Vex (Wallis Day; The Royals) who is the daughter of Daron –Vex (Elliot Cowan; The Golden Compass), the chief magistrate of Kandor.  They all live under the rule of the Voice of Ra (Blake Ritson; RocknRolla), a godlike person hidden under a multifaced mask.

At the beginning of Season One Seg is met by Adam Strange (Shaun Sipos; Texas Chainsaw 3D), a human from the future who warns him of Brainiac (also played by Ritson) and tells Seg about Seg's grandson, Kal-El, a.k.a Superman.  The rest of the season is Seg trying to warn Kandor about Brainiac – an alien known as the "World Collector" who is out to destroy Krypton.  By the end of the first season, Brainiac is revealed and banished to avoid but not before he grabs Seg and takes him along.

Cuff plays Seg well and we can see the conflict he faces throughout the season on his face.  He questions loyalties and learns shocking revelations on more than one occasion.  He also fights for what he believes is right but isn't always sure exactly what that is – hence the conflict.  Campbell, as Sed's love interest, is a strong character in her own right and is portrayed with a variety of emotions from anger to worry to love, etc.  Sipos is mediocre at best but as the season progresses and we learn little tidbits about Adam, the character becomes more and more intriguing.  The standout though is Wallis.  She commands every scene she is in and I hope we will see much more of her in season two.

The Blu-ray offers the standard 1080p video quality and offers the viewer a range of colors and details to explore.  While most of Kandor is dark and dreary, there are moments when the color palette pops like the golden mask of the voice of Ra wears and the deep, true red tone of Superman's cape.  The DTS-HD Master audio 5.1 is also terrific with deep tones emanating from the subwoofer speaker and the special effects enveloping you from all sides.  The two-disc combo pack has over an hour of extras including Krypton: 2017 Comic-Con Panel, Krypton: Bringing the Home World to Life, A Lost Kingdom: Life on Krypton, Gag reel, and Deleted Scenes.  Most are rather informative but leaves you wanting more details and insight.

Krypton gives us an imaginative look at what might have occurred on Krypton over a hundred years before Superman made his way to Earth with plenty of drama, romance, and villains.  For those who like the superhero bent you will want to check out this series but at the end of the day it's a drama about complicated relationships while everyday people try to save the world they love.