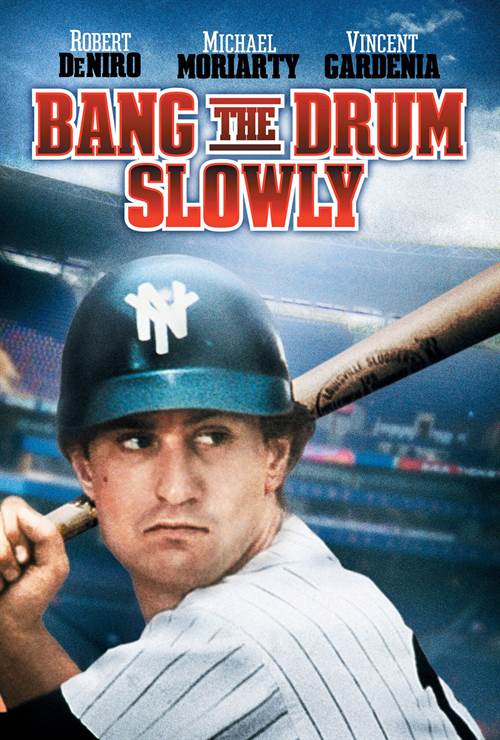 Robert De Niro and Michael Moriarty star in this superbly crafted film about the unlikely friendship between two baseball players. Moriarty plays the team's ace pitcher and social charmer; De Niro is the catcher, a farm boy from Georgia who lacks all of Moriarty's sophistication. He is also dying. During their last season together on a team fraught with bickering and infighting, the two men grow into manhood and respect for themselves and each other. Bang the Drum Slowly is moving without being sentimental and is filled with tenderness, humor, honesty and brilliant acting.

Download Bang The Drum Slowly in Digital HD/4K from the iTunes store. 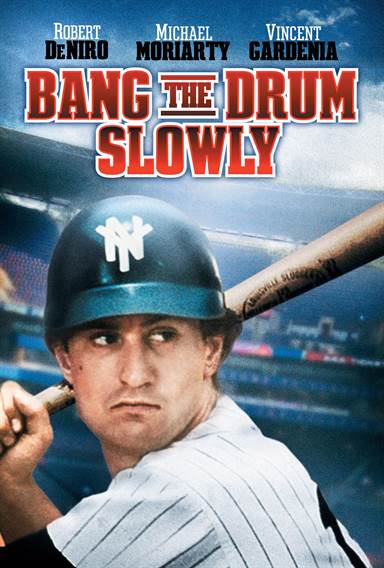 Robert DeNiro has had an illustrious career spanning over fifty years in which he has portrayed numerous memorable characters.  He has been nominated for an Academy Award seven times, winning twice.  He is a living legend and is always worth watching whether he is playing a retired father dealing with his son's mental illness, a retired office worker who is bored and looking for a volunteer position or a ruthless Mafia boss.  Amongst his earlier roles is that of a mediocre baseball catcher with a terminal illness.  In Bang The Drum Slowly, DeNiro gives us glimpses of the consummate actor he has become over time.

All Bruce Pearson (DeNiro; Raging Bull) ever wanted to do was play baseball.  He was good enough to make it to the major leagues playing for the New York Mammoths.  His roommate is star pitcher Henry "Author/Arthur" Wiggins (Michael Moriarty; Law & Order) and the two have a friendship that transcends being teammates, so much so that Wiggins goes with Pearson to the Mayo Clinic in Minneapolis during the offseason.  When the two come back for training camp Wiggins refuses to sign his contract unless there is a clause stating that Pearson is not traded or demoted unless Wiggins is as well.

Wiggins and Pearson then spend much of the season dodging questions about what they did and where they were during the winter.  Meanwhile, with infighting swallowing the team, they are allot living up to their potential.  However, all that changes once everyone finds out that Pearson has cancer and is dying. Suddenly this group of athletes who were at each other's throats is a cohesive unit with Pearson playing some of the best baseball of his life.  As the Mammoths inch closer to the playoffs it becomes apparent that Pearson's health is failing, much to Wiggins dismay.  As Fall slowly ebbs into Winter, the Mammoths move on as Pearson heads home to await his fate.

DeNiro is subtly beautiful in this part, playing the dimwitted Pearson as a naive yet lovable guy.  Moriarty conversely is dynamic and boisterous drawing one's eye to him every time he appears on the screen.  The two actors have a terrific chemistry that makes their unlikely friendship believable. The supporting cast is entertaining, especially Phil Foster (Laverne and Shirley) as Joe and Vincent Gardenia (Moonstruck) as Team Manager "Dutch".  The women in the film -  Barbara Babcock (Hill Street Blues), Selma Diamond (Night Court) and Ann Wedgeworth (Steel Magnolias) - offer memorable moments as well.

Not nearly as serious and depressing as Brian's Song, the movie does offer the audience the opportunity to take stock and evaluate their lives in different terms.  As Wiggins and Pearson "bury their heads in the sand" for much of the movie, they still take moments to pause and reflect on life and sports.  These little moments are what make the film ingenious without forgetting what the plot is all about.

While Bang The Drum Slowly has the potential of becoming a depressing, morbid funeral march it manages to offer an upbeat lesson of strength, perseverance, brotherhood and camaraderie al set in the backdrop of America's greatest pastime.  Even though it is forty-five years old is it as poignant and relevant today as it was back in the 1970's.  It's worth watching for any young person, especially those involved in sports.  Bang The Drum Slowly is available now on the iTunes platform in Digital HD.