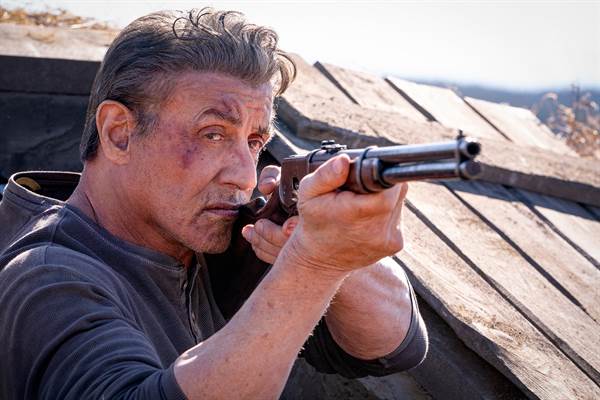 Almost four decades after he drew first blood, Sylvester Stallone is back as one of the greatest action heroes of all time, John Rambo. Now, Rambo must confront his past and unearth his ruthless combat skills to exact revenge in a final mission. A deadly journey of vengeance, RAMBO: LAST BLOOD marks the last chapter of the legendary series.


Sylvester Stallone Reflects on Career and Rambo V at Cannes Film...  5/24/2019 3:54 PM EST
Sylvester Stallone is being celebrated at the Cannes Film Festival today. He appeared at the Hotel du Cap for a Rambo V: Last Blood junket and then headed over to a Masterclass at the Salle Debussy, and then will be appearing tonight at a sneak peek of Rambo V as well as a 4K restoration of First Blood.Stallone spoke about the new film, saying, "In every film, Rambo never goes home, he goes out th...  More>> 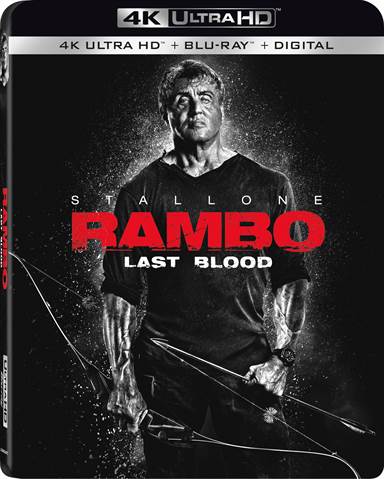 Sylvester Stallone first came to the attention of filmmakers in 1976 when he portrayed the title character, Rocky Balboa, in the movie Rocky.  He played Rocky as a tough, introspective guy whose perseverance lands him on the biggest stage in the boxing world.  Six years later, in 1982, he brought another character to life in First Blood.  John Rambo was a retired Vietnam Veteran who had a hard time adjusting to civilian life and who became a sort of vigilante against what he believed to be a corrupt system.  Over the last thirty-five years there have been four more movies made, culminating in this year's feature film,  Rambo: Last Blood.

At the end of Rambo, we see John returning home to his family ranch.  As Last Blood opens we see he is still there, living and working while taking care of a teenage girl named Gabrielle (Yvette Monreal; Lowriders) and her grandmother, Maria (Adriana Barraza; Cake).  Gabrielle's mother passed away from cancer and her father left the young girl alone and abandoned.  When Gabrielle's friend, Gizelle (Fenessa Pineda; You, Me and Dupree) finds Gabrielle's father living near Gizelle in a small town in Mexico, Gabrielle defies "Uncle John" and her grandmother and heads to Mexico to see him and ask him why he left.

After the family reunion leaves Gabrielle heartbroken, Gizelle suggests they go to a club where Gabrielle's drink is drugged and she wakes up surrounded by other teenage girls who have all been kidnapped to work in the sex trade.  When Rambo finds out Gabrielle went to Mexico, he heads after her only to find out she has been held captive by human sex traffickers.  Rambo tried to save her but is beaten to near death.  After he heals he goes back and frees Gabrielle but he is too late.  Seeking revenge he goes after the leader of the traffickers and beheads him.  Knowing the trafficker's family and henchmen will come looking for him, Rambo creates an elaborate trap on the ranch in one final showdown.

Stallone once again plays Rambo as stoic and introverted but also still physically and mentally sharp.  This Rambo also shows more emotion than in the previous films and the results are almost heartbreaking.  Monreal is a talented, up and coming actress who infuses Gabrielle with naivete and fragility.  The supporting cast is solid, especially Barraza and the film could have been so much more with a better script.

The 4K Blu-ray is the standard 2160p video resolution with a 2.39:1 aspect ratio.  Unfortunately, that doesn't seem to help in certain scenes where there is a bit of graininess or when Gabrielle/ Rambo are driving to Mexico and it is obvious that a green screen was used in those shots.  The Dolby Atmos audio, however, is sharp and crisp and makes great use of the surround sound.  There are only three extras but the first one is almost an hour long and is broken down into smaller parts.  The three extras are: Drawing Last Blood: Multi-Part Production Diary, From First Note to Last Blood: Music for the Massacres and the Theatrical Trailer.

If you love the violent aspects of the other Rambo movies then you will LOVE the last 15 minutes of this one.  The elaborate ways Rambo concocts ways to kill his enemies are reminiscent of the torture techniques utilized in the Saw films.  However, if you are looking for something more than that, skip this one.  As a parent of a teenage girl the storyline of this film was a mother's worst nightmare coming true.  Also, as just mentioned, the gore/torture is vomit-inducing to those of us that aren't fans of those type of scenes.

Rambo: Last Blood simply doesn't live up to the previous movies in the franchise.