Julianne Moore stars as Gloria, a free-spirited divorcée who spends her days at a straitlaced office job and her nights at L.A. dance clubs. One evening, Gloria meets Arnold (John Turturro) — and finds herself in a new romance that shows her love can strike at any time. From Sebastián Lelio, the director of the Oscar®-winning film A Fantastic Woman, Gloria Bell features an outstanding supporting cast including Brad Garrett, Jeanne Tripplehorn, Rita Wilson, Sean Astin, and Holland Taylor.

Download Gloria Bell in Digital HD/4K from the iTunes store.

Listen to the Gloria Bell soundtrack on Apple Music.

Gloria Bell images are © A24. All Rights Reserved. 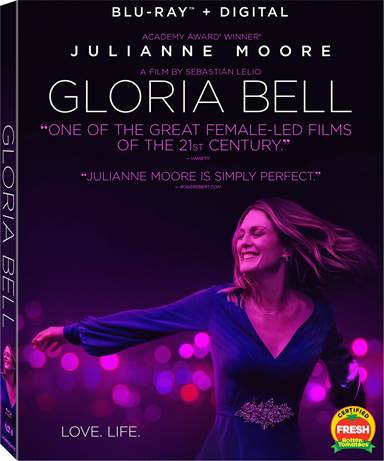 A film called Gloria premiered at the 2013 Toronto International Film Festival.  Co-written and directed by Sebastian Lelio, the movie went on to become an Oscar Nominee for Best Foreign Language film and earned praise for both Lelio and leading actress, Paulina Garcia (The Desert Bride).  The film was redone in English in 2019 (titled Gloria Bell) and was once again directed by Lelio but this time starred American actress Julianne Moore (Boogie Nights) in the lead role.  Critically acclaimed once again the remake heads to stores this week for purchase on Blu-ray and DVD.

Gloria is a middle-aged divorcee with grown kids who is navigating the trials and tribulations of single life.  She works during the day and goes dancing a few nights a week generally.  She meets all kinds of men but one night a particular guy catches her eye and she engages him when he strikes ups conversation with her at the bar.  Arnold  (Joh Turturro; Oh Brother, Where Art Thou? ) is a recently divorced father of two grown girls who owns an "adventure park" - think zip lines, paintball, etc.  He and Gloria seem to hit it off and he asks her out to dinner which she readily accepts.

Over time, Gloria, and Arnold see more and more of each other but Arnold's daughters and ex-wife are dependent on him and seem to call at all times.  Arnold always takes their calls and never mentions to them that he is dating Gloria which understandably upsets her.  When Gloria invites Arnold to have dinner with her, her children and her ex-husband he agrees but leaves halfway through without a word or explanation to anyone.  After being angry, Gloria eventually forgives him and accompanies him to Las Vegas on vacation where he once again ditches her when his daughters call with an emergency.  Gloria then ends her relationship with Arnold and once again finds herself alone.

Moore shines as the lonely yet optimistic Gloria.  She brings an upbeat demeanor to the role but expresses the sadness that sits just below the surface in various moments through facial expressions and body language.  Turturro is excellent at the conflicted, newly divorced Arnold who doesn't know how to be in a relationship with Gloria and cut ties with his daughters and ex-wife.  He and Moore have very good chemistry as well which makes their attraction believable.  Michael Cera (Superbad), Holland Taylor (Two and a Half Men) and Brad Garret (Everybody Loves Raymond) are also very good as Gloria's son, mother and ex-husband respectively.

The Blu-ray is presented in 1080p high definition video quality with an aspect ratio of 2.39:1.  The images offer lots of sharp details and the 1980's props and costumes look clean on screen.  The DTS-HD Master audio 5.1 is clean and the dialogue is crisp however the soundtrack sometimes seems a little muddy especially in the discos Gloria frequents.  There are only two extras in the combo back and both are on the Blu-ray disc.  They include Audio Commentary With Director Sebastián Lelio and the 10 and a half minute feature An Extraordinary Woman: Making Gloria Bell.

Almost any female divorcee can probably relate to Gloria and can see aspects of themselves in her life.  However, despite her circumstances, Gloria tends to remain upbeat and happy even when life throws her a curveball.  Moore's performance is Oscar worthy and she is surrounded by a solid group of actors who help her to shine.

If you like intellectual dramas the is one title you will want to check out. 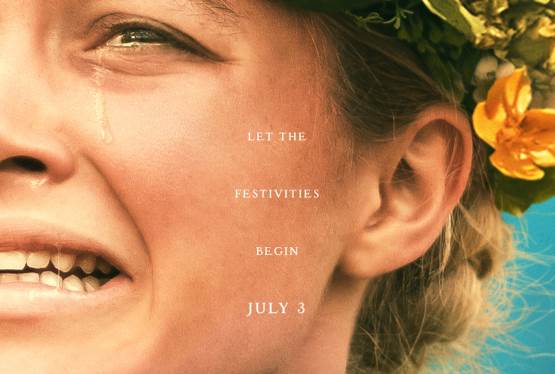 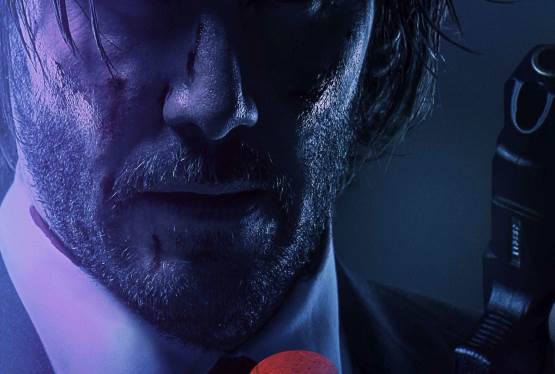