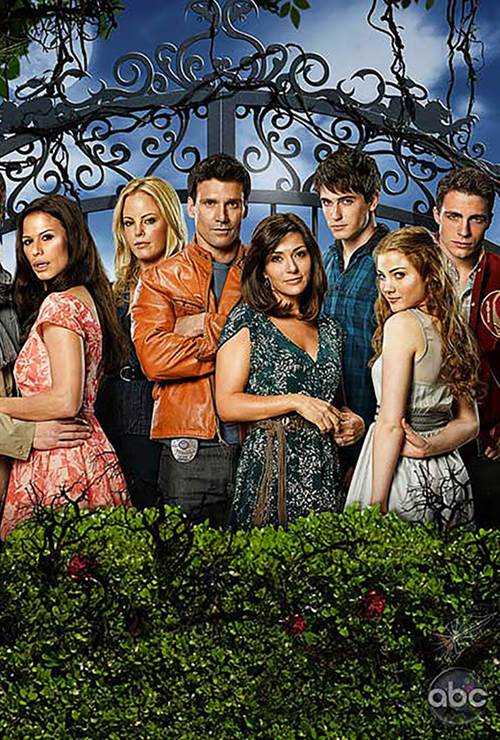 Nestled inside a private mountain community are The Gates. The image of perpetual suburban bliss, each street is lined with perfectly manicured homes protected by the massive iron gates, but a dark and delicious secret is buried just beneath the surface of this picturesque neighborhood.

Like most families that settle inside The Gates, the Monohans are unmoored from a complicated life they abandoned in Chicago. Named the new police chief of The Gates, Nick Monohan is expecting a change of pace in this quiet suburb. Nick's wife, Sarah, and their children, Charlie and Dana, are embarking on new adventures as well. Their house is to die for, but amidst the excitement, Sarah is still burdened with the revelation that her husband may not be the man she thought he was. Charlie and Dana will also face some challenges of their own: Along with navigating the trials and tribulations of adolescence, they'll also face the daunting task of fitting into their new upscale school, where their new friends run in tight-knit packs.

There's something very different about this place, almost... haunting. Unions will be complicated by friends with unnatural influence, insatiable housewives will struggle with ravenous cravings, and teenagers will be cursed with keeping their beastly instincts in check. The Monohans are facing an uncertain fate. Nick is about to be tangled up in a mystery where he will begin to piece together the dark truth about their new home, and the supernatural elements that lurk behind the shadows of The Gates.

Stream The Gates in Digital HD/4K from the AppleTV store.

The Gates images are © ABC Studios. All Rights Reserved.