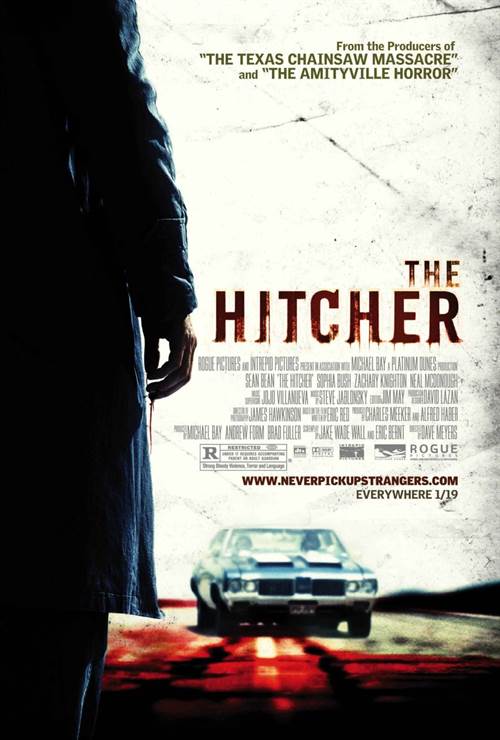 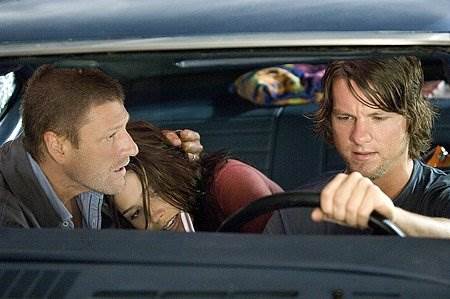 Dave Meyers makes his feature directorial debut on this new thriller, an update of the 1986 film of the same name. The film tracks the terrifying trajectory of Grace Andrews (Sophia Bush) and Jim Halsey (Zachary Knighton), a collegiate couple who are tormented by the mysterious hitchhiker John Ryder, a.k.a. The Hitcher (Sean Bean). The young couple hit the road in a 1970 Oldsmobile 442, en route to spring break. But their pleasure trip soon turns into a waking nightmare. The initial encounters with Ryder are increasingly off-putting for Grace and Jim, and they bravely fight back when he ambushes them. But they are blindsided when he implicates them in a horrific slaying and continues to shadow them. The open road becomes a suspenseful battleground of blood and metal as, in trying to elude not only Ryder but also New Mexico State Police Lieutenant Esteridge's (Neal McDonough) officers, Grace and Jim must fight for their lives and face their fears head-on.

The Hitcher images are © Rogue Pictures. All Rights Reserved.