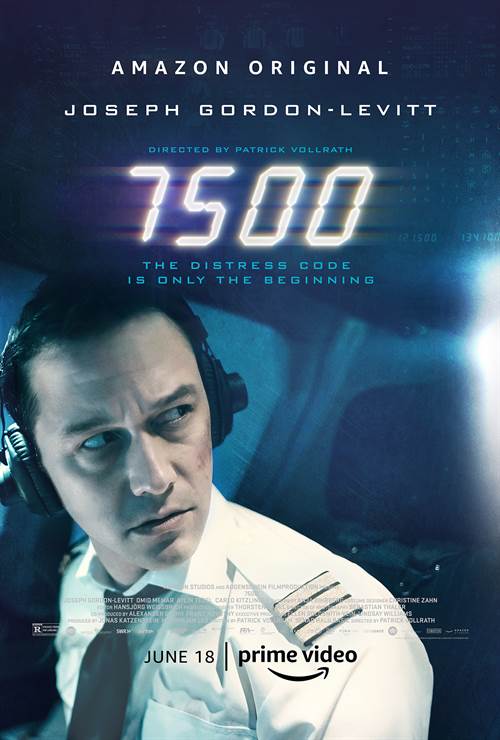 It looks like a routine day at work for Tobias, a soft-spoken young American co-pilot on a flight from Berlin to Paris as he runs through the preflight checklist with Michael, the pilot, and chats with Gökce, his flight-attendant girlfriend. But shortly after takeoff, terrorists armed with makeshift knives suddenly storm the cockpit, seriously wounding Michael and slashing Tobias' arm. Temporarily managing to fend off the attackers, a terrified Tobias contacts ground control to plan an emergency landing. But when the hijackers kill a passenger and threaten to murder more innocent people if he doesn't let them back into the cockpit, this ordinary man faces an excruciating test. 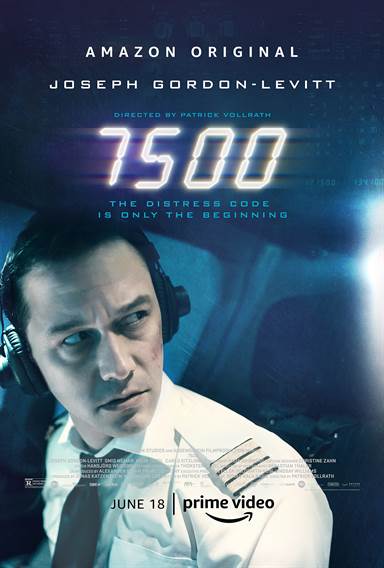 Long before September 11, 2001, there had been airplanes hijacked all over the world.  However, after the events that occurred on that fateful day, the world, especially the United States, have become much more cautious about security screenings.  Those planes that were taken over on United States soil were a wakeup call that we are living in dangerous times where almost anything can happen.  In the aftermath, security measures have been tightened not only for air travel but in any place where large groups of people gather (i.e. music concerts, amusement parks, etc.).  While we have seen movies in the past that depict what could happen should terrorists overtake an airplane, Amazon's 7500 offers a realistic view of the atrocities that could occur.

As they ready the aircraft for a routine flight from Berlin to Paris, Captain Michael Lutzmann (Carlo Kitzlinger; Operation H2O) and his co-pilot Tobias Ellis (Joseph Gordon-Levitt; Looper) idly chat as the flight attendants (including Ellis' girlfriend and the mother of his child) prepare for the passengers to board.  Everything seems fine and the airplane takes off smoothly.  However, after a few minutes in the air, terrorists barge into the cockpit and wound Both Lutzmann and Ellis. Luckily, they manage to get all but one of the terrorists out of the cockpit and subdue the remaining one. Once again gaining control of the plane.

However, The terrorists begin killing passengers and state they will continue until the cockpit door is unlocked.  At this point, Lutzmann and the flight attendants are dead and Ellis is once again overtaken by the remaining terrorist, Kenan (Murathan Muslu; Tatort) who takes control of the plane and opening the door to the cockpit so his brother Vedat (Omid Memar; Tatort) can join him.  When Vedat realizes his brother intends to crash the plane killing everyone on board he stops his brother, accidentally killing him. Ellis tells Vedat they have to land in Hanover for fuel but Vedat wants to go somewhere else.  As they land, Vedat begins to realize the gravity of his situation and that he won't make it to freedom.

Gordon-Levitt does an incredible job balancing Tobias' emotions with his duty as a pilot, even as it means watching his girlfriend die.  His interactions with Memar are tense and dramatic even though Ellis seems to understand what Vedat is feeling. Kitzlinger does a good job in his supporting role and Aylin Tezel (Breaking Horizons) as Tobias' girlfriend shows genuine fear as she knows she is about to be murdered.

First-time feature director Patrick Vollrath does a decent job conveying the urgency of the situation and the tension Tobias feels throughout the ordeal.  As most of the film takes place in the cockpit, Vollrath shoots at such angles as to give the space a claustrophobic feel, especially as Tobias and Vedat sit in silence staring at each other.  I have no doubts Vollrath will continue to improve his craft and find his unique voice the more he directs.

The biggest problems with the film is the script and the pacing.  The opening is intense and the first half of the movie builds to a crescendo that has the audience glued to the screen.  However, the second half crashes (pun intended) as the action ends and the film is merely a dialogue between Tobias and Vedat.  It is a true letdown after such a great build-up.  The script is what fails here as their conversations are rather bland and shallow.

The movie serves to entertain while offering a cautionary tale to would-be hijackers.  Unfortunately, by the end, it unravels and leaves the viewer feeling somewhat dissatisfied.  Gordon-Levitt was an excellent casting choice as he is certainly one of the best parts of the movie.

I also offer one more constructive criticism…I had no idea what the title, 7500, meant until after an internet search finally yielded the answer I was looking for. It is code used by pilots to tell air traffic control that the plane is being hijacked. 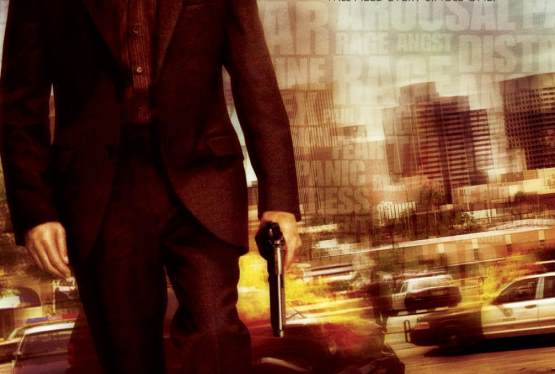