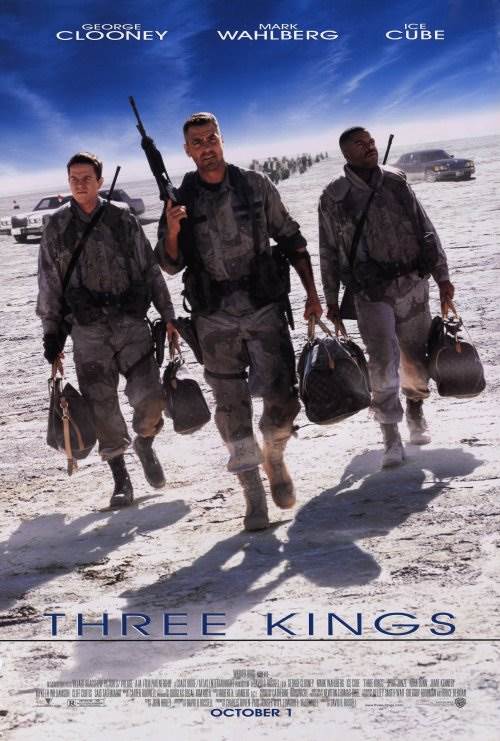 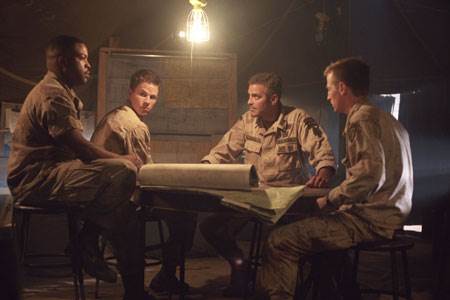 A small group of adventurous American soldiers in Iraq at the end of the Gulf War is determined to steal a huge cache of gold reputed to be hidden somewhere near their desert base. Finding a map they believe will take them to the gold, the soldiers embark on a journey that leads to unexpected discoveries, enabling them to rise to a heroic challenge that drastically changes their lives.

Download Three Kings in Digital HD/4K from the iTunes store. 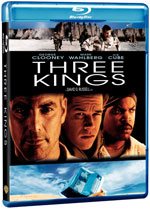 Some movies don't hit the mark the second they hit the theaters. For whatever reason people just don't gravitate towards, it could be the trailer, the actors in the film or the plot, but it just never gets off the ground the way it should. What ends up happening sometimes is that same movie will develop a following after the Blu-ray release and slowly but surely people come around to realizing how good the movie actually was. Case in point: The Shawshank Redemption.

Three Kings is about a group of Gulf war soldiers who are serving together right at the end of that war. As with most soldiers the reality of what they had to do while serving doesn't really hit home until they have more than enough down time to contemplate their actions. This is the case with the movies main characters; Archie, Troy, Chief and Conrad (George Clooney, Ice Cube, Mark Wahlberg and Spike Jonze). Now that they have reached the end of their tour they feel that perhaps all of this wasn't worth the effort and maybe they are owed a little more than they are getting. They hear about a rumor of a hidden cache of gold somewhere near their base and naturally decide they should help themselves to the loot. Along the way they end up getting involved with some locals and the movie takes a different turn, instead of being about greed it becomes about what people will do for others when those people can't help themselves.

The other interesting take on the movie is the underlying political commentary going on. The movie is about the Gulf war and the people who served over there. It depicts how the consequences of our actions have greater ramifications than we realize. The movie never glorifies war in any sense, it simply shows what any person would feel when they finally have the chance to return home; relief. No solider serving even now wants to be entrenched in a hostile situation but they do so out of a sense of purpose, to uphold the tenants that our forefathers set forth. Whether or not you agree with our countries reasons for getting into either war is not the message of this movie. This movie wants you to empathize with the men and women who risked their lives.

Now this movie has seen the conversion onto Blu-ray and as with most others it gets a solid treatment. The picture and sound quality are excellent for what we have come to expect from Blu-ray, but the real treat is the bonus features. This Blu-ray boasts a bevy of behind the scenes documentaries covering the making of the movie and interviews with the cast. Any fan of this movie will be more than pleased with this kind of coverage.

Three Kings is a movie that quite frankly should have seen a lot more applause than it did. Some may argue that for what it is, it really doesn't push the envelope in any real way. But that shouldn't have to be the case for a movie to get large notoriety; it should be rewarded for delivering a solid story with solid performances.