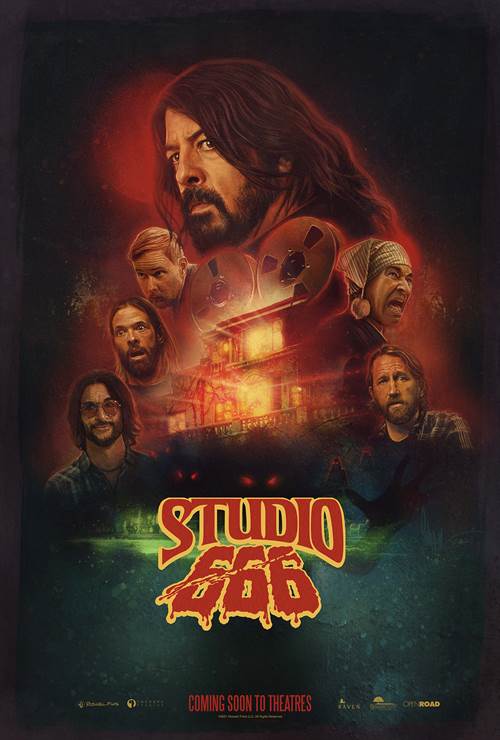 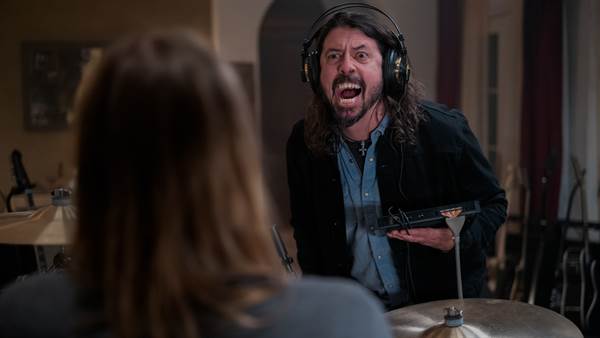 In STUDIO 666, the legendary rock band Foo Fighters move into an Encino mansion steeped in grisly rock and roll history to record their much anticipated 10th album.  Once in the house, Dave Grohl finds himself grappling with supernatural forces that threaten both the completion of the album and the lives of the band.

Stream Studio 666 in Digital HD/4K from the AppleTV store.

Listen to the Studio 666 soundtrack on Apple Music.


Foo Fighters Teams Up with Coors Light for New Beer  2/25/2022 12:34 PM EST
To commemorate the release of their new horror-comedy film the Foo Fighters have teamed up with Coors Light to bring fans a new beer."Coors Almighty Light is the first spiritually-enhanced beer developed specifically to ward off demons while viewing the Foo Fighters' dangerous new film Studio 666. Made with real sacred water that has been blessed, this drinkable demon deterrent will shield your so...  More>> 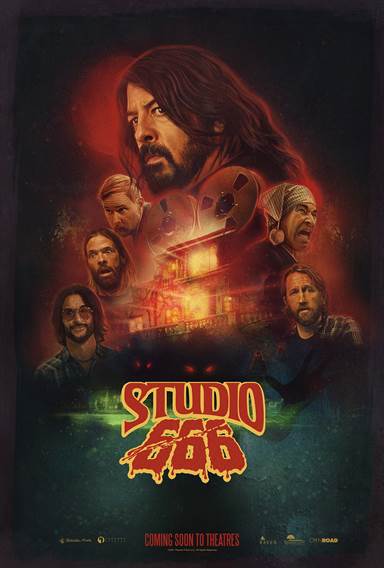 The question begs to be asked when you are part of a band like the Foo Fighters what do you do to try out new and different things?  Well, if you are Dave Grohl you come up with an idea to write a horror movie and pass it along to screenwriters Jeff Buhler (Pet Sematary) and Rebecca Hughes (Grounded for Life). while you go shoot a cameo for the feature film, Bill & Ted Face the Music.  What the world didn’t know was that in early 2020 the Foo Fighters filmed a horror movie based on Gohl’s story and Buhler’s and Hughes’ screenplay.  After delays due to Covid, Studio 666 is finally being released in theaters today.

During a meeting with their record label, the Foo Fighters admit that they are having a difficult time writing their tenth studio album, with Grohl suffering from writer’s block (I feel his pain – coming up with clever things to write on a deadline isn’t always easy).  When record exec, Jeremy Shill (Jeff Garlin; Curb Your Enthusiasm), offers a place they can go to write and record, the band is hesitant but agrees.

Queue the Mansion in Encino that has great acoustics and an equally auspicious past. As the band settles in, Grohl starts to find inspiration while his bandmates sense something about the place is “off”.  Turns out the home is “possessed” and, after finding the bloody squirrel sacrifice in the basement, so is Dave Grohl.  Creatively he has never been more productive but personally, he becomes destructive and deadly.  Driven to finish his forty-minute-long song and the album, he takes desperate measures to achieve his goal.

All that needs to be said about the Foo Fighters is that some of them should just stick to music as acting isn’t their forte.  Grohl is pretty good though and their neighbor, Samantha (Whitney Cummings; Made of Honor), who tries to warn them about the evil within, offers the perfect balance of quirky, nosy female and serious, concerned friend.  I do question some of the members of the band for their on-screen personas, most notably Rami Jaffee. I can’t imagine what he would have been like had his “chakras” had been out of alignment during filming.  To top it off Grohl curses like he thinks he is Samuel L. Jackson in a Quentin Tarantino film. Nobody does it better than Sammy though.

It’s difficult sometimes to figure out if this movie is supposed to be tongue in cheek or a somber tale about the music industry and horror films.  I suspect it is a little of both, which, honestly, makes it a good film.  There are moments that are silly and stupid and then there are moments that offer true horror, blood, and a few jump-scares that might make one believe Studio 666 is a legit horror film.

Director BJ McDonnell (Hatchet III) manages to balance the ridiculous plot with some good visuals.  He also does a decent job of making the kills look real and not super cheesy.  Conversely, there is so much blood I can only imagine equating it to a vampire’s wet dream.  I also discovered new and inventive ways of murdering people, such as decapitation by cymbal and death by a grill.  Besides the blood, audiences are also treated to an overabundance of projectile vomiting (queue Linda Blair!) complete with meat chunks.  As visuals go, it is one of the many disturbing ones peppered throughout Studio 666.

Is this the best horror movie ever made?  Not by a long shot.  Is it the worst? Hell no!  Walk into the theater with an open mind, and you will walk out having been entertained.  If you are a Foo Fighter’s fan, you will like the film, even more, especially the music.