Home / Movie Database / The Girl Who Played with Fire 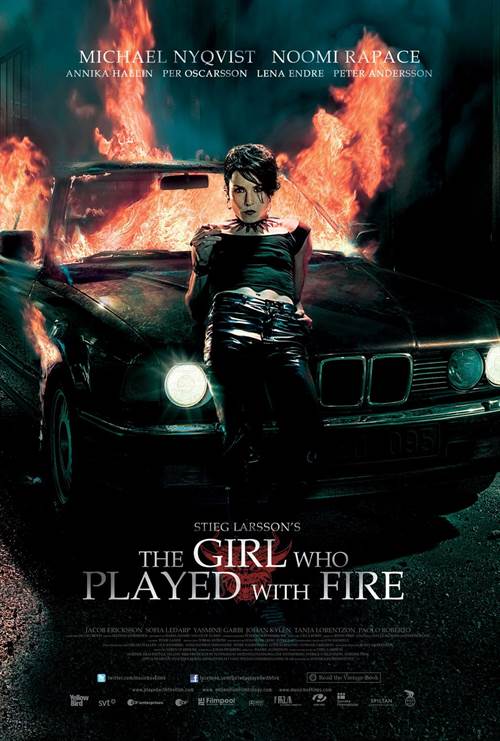 Two journalists on the verge of exposing their story in Millennium about an extensive sex trafficking operation between Eastern Europe and Sweden are brutally murdered. Lisbeth Salander's prints are on the weapon.

Mikael Blomkvist, alone in his belief in Salander's innocence, plunges into an investigation of the slayings which will implicate highly placed members of Swedish society, business and government. Knowing Salander to be fierce when fearful, he is desperate to get to her before she is cornered and alone but she is nowhere to be found. Digging deeper, Blomkvist also unearths some heart-wrenching facts about Salander's past life. Committed to psychiatric care at aged 12, declared legally incompetent at 18, she is the product of an unjust and corrupt system. Meanwhile, the elusive Salander herself is drawn into a murderous hunt in which she is the prey, and which compels her to revisit her dark past.

Purchase DVD/Blu-ray/4K UHD physical copy of The Girl Who Played with Fire today at Amazon.com

Download The Girl Who Played with Fire in Digital HD/4K from the iTunes store.

The Girl Who Played with Fire images are © Zodiak Entertainment. All Rights Reserved.


The Girl Who Played Fire Is Still In Development  8/23/2012 9:56 AM EST
The second movie adapted from author Stieg Larsson's Millennium trilogy seems to be still moving forward. According to EW, screen writer Steven Zaillian is in the process of completeing  the screenplay for "The Girl Who Played with Fire", the sequel to "The Girl with the Dragon Tattoo".Both Daniel Craig and Rooney Mara are set to reprise their roles of journalist Mikael Blomkvist and computer hack...  More>>