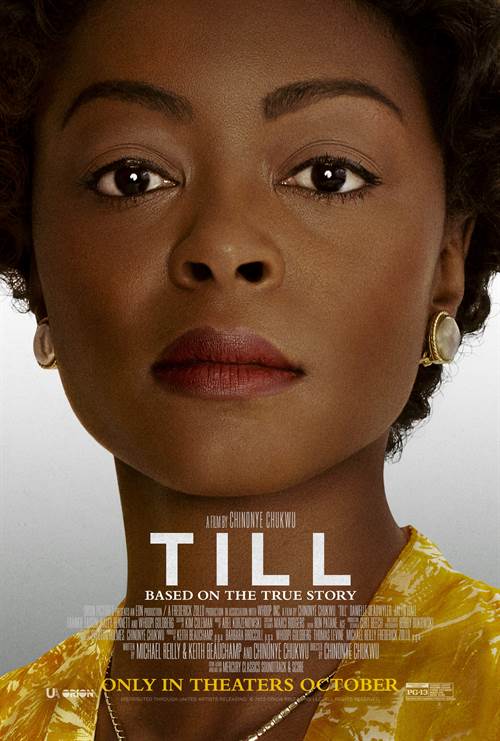 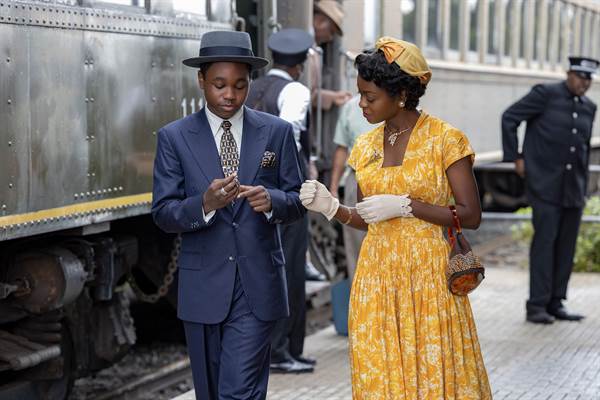 Till is a profoundly emotional and cinematic film about the true story of Mamie Till Mobley’s relentless pursuit of justice for her 14 year old son, Emmett Till, who, in 1955, was lynched while visiting his cousins in Mississippi. In Mamie’s poignant journey of grief turned to action, we see the universal power of a mother’s ability to change the world.

Till images are © Orion Pictures. All Rights Reserved.


See an Advance Screening of TILL in Florida  10/14/2022 2:54 PM EST
In 1955 a young black boy from Chicago took the train to visit his family in Mississippi.  Unfamiliar with the extent of racial segregation in the south, that boy supposedly said and did inappropriate things to a white woman.  Four days later he was dragged from his family's home, tortured, beaten, and shot.  That young man was Emmett Till and his death sparked a civil rights movement that eventua...  More>> 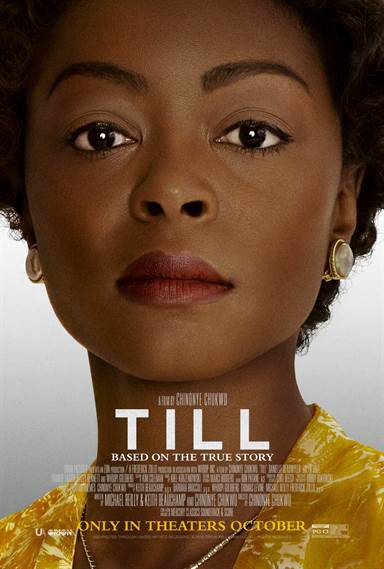 Not so long ago in this country, there was a time when minorities were treated like dirt.  Less than seventy-five years ago segregation was the norm and African-Americans were considered to be less than second-class citizens.  During this period, Mamie Till (Danielle Deadwyler; The Devil to Pay) and her son Emmett (Jalyn Hall; The House with a Clock in Its Walls) lived in Chicago where, while still segregated, African-Americans were treated a little bit better than they were in the southern states, especially places such as Alabama and Mississippi.  The abhorrent treatment of Blacks in the south was well known but, because he didn’t know the extent of the hatred, Emmett ended up being beaten, tortured, and eventually shot and killed when he went to visit his cousins.

Back in 1955, Emmett Till was 14 years old and he was excited to take the train from Illinois to Mississippi to visit his family.  Once there he spent time with his cousins in and around town.  One day, while hanging around the general store, Emmett went inside and supposedly told the white shopkeeper that she looked like a movie star, to which she took offense.  Later Emmett also supposedly whistled at Carolyn Bryant (Haley Bennett; The Magnificent Seven) sending her into the back of her store to get her gun.

Four days later, Carolyn’s husband and friends knocked on Emmet’s family home, dragged him out of bed, and beat and shot him to death.  Upon learning of his death, his mother insisted on seeing the body, an open casket at his funeral, and being in the courtroom when two white men were put on trial for killing Emmett. While knowing the outcome before the trial ended, Mamie Till changed the face of desegregation in the United States forever.

Based on the true story, Till is gut-wrenching to watch, especially if you are a parent.  The anger and frustration the viewer endures have no ending as the realization sets in that a black young man was brutalized based on the word of a white woman who, many years later, recanted her statements.  However, since this story has been told numerous times in media, especially in documentary form, director Chinonye Chukwu (Clemency) had a large hurdle to overcome in bringing this difficult story to the big screen but she handled it beautifully and the end result is an award-worthy movie.

Part of what makes Till so good are the actors who were chosen.  Hall has a smile that lights up the screen and disarms anyone who sees it.  He portrays a happy child but once abducted, the audience can clearly see the fear on his face.  Deadwyler deserves an Oscar nomination, at the very least, for her portrayal of Mamie Till.  She plays Till with strength, perseverance, and a quiet tenderness that makes the audience feel her pain as she views the brutally beaten body of her only son and buries him a few days later.

Till is not an easy film to watch and if you are at all concerned about human rights, you will leave the theater angry and emotionally drained.  While it does take some “poetic license” with the plot and details, Till remembers a young boy caught in a world he didn’t completely understand with adults who clearly didn’t value human life.

While the abusers are no longer living, Carolyn Bennett is, having lived in witness protection for many years.  While she has recanted her claims she has never apologized and has even made excuses for her behavior 67 years ago.

Till is a beautifully told story with an excellent cast and skilled director.  It serves as a reminder of how far we have come while also shining a light on how much further we still have yet to go.  In the end, it is a memorial to a soul extinguished much too early. 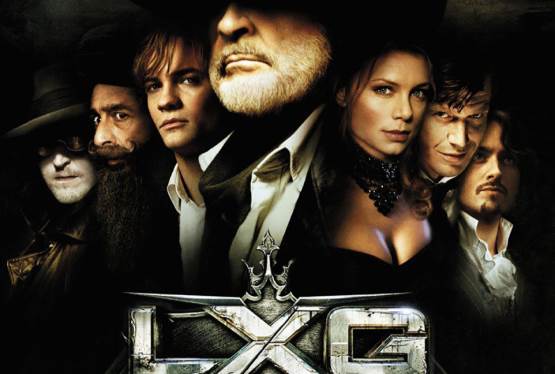